We are celebrating the Day of Hungarian Culture!

Although this day has been celebrated for just over 30 years, the original date we commemorate dates back to the first half of the 19th century and is a very important milestone in the country’s history, which still influences Hungarians in a way.

What is the most important symbol that you think of when you hear a country’s name? You probably either thought of the flag or the national anthem. There is no point in measuring the two against one another as they both play an important part in identifying a country’s people and citizens. However, if the first thing that came to mind was the flag, I do not need to introduce to you the colours of Hungary as you only need to take a look at the upper left corner. On the other hand, if it is the national anthem that you consider a bit more important, there is a chance that you need Google – or better yet, YouTube – to get the tunes of Hungary’s national hymn into your ears. Do not open the application, though, as, in the following, you will read all the information you need to know about the most important piece of music in Hungary’s history and culture.

Today, on the 22 January, we celebrate the Day of Hungarian Culture, and together with it, we commemorate 22 January 1823, the official birth or rather completion day of the manuscript of the Hungarian national anthem, called “Himnusz – From the rough centuries of the Hungarian people”,

written by poet, politician, and literary critic Ferenc Kölcsey. The piece was part of a bigger manuscript collection where he wrote down several of his works, though not the complete versions, just a preliminary draft. In the case of Himnusz, today marks the anniversary of Kölcsey finally completing his work.

This pack of drafts disappeared somewhere towards the end of the 1830s, after the death of Kölcsey. The Hungarian Academy of Sciences started negotiations with the sister-in-law of the late poet to buy the manuscripts from her, but she was not willing to sell, so everything stayed in the possession of the family. 100 years later, however, the National Széchényi Library managed to acquire it from a descendant.

The work itself is a beautiful poem about how Hungarians have suffered a lot in the past and how many unfortunate events they had to endure, but it also kind of goes through the past of the country and its glorious events.

It asks God to bless the whole of the nation with joy and abundance and to help the people when they need to face an enemy. (Here you can find an English translation.) The poem itself was translated to almost 30 languages.

But a hymn could not have become a national anthem by itself; it always needs a nice tune and melody to accompany it, making it fit to be sung at every major national celebration and event. Ferenc Erkel, pianist, composer and the father of Hungarian grand opera, composed the music for Hungary’s national hymn which was adopted in 1844. (You can listen to it here.) However, it only became protected by copyright in 1989, when it was adopted as part of the Constitution after the fall of the Soviet Union, the end of the Cold War, and the regime change in Hungary – when it became the symbol of a new beginning, looking in the future while respecting the past, and following in the footsteps of Great Hungarians that suffered and fought for our future.

Unfortunately, this year, due to the pandemic, the National Széchényi Library will be closed tomorrow as well, but if you are planning to visit the country next year, you can take a look at the original manuscript and the musical score of the anthem in the Library one year from now. If you would like to celebrate this year as well, together with us, you can do so by tuning in on YouTube or the website of MÜPA (Palace of Arts) at 7:30 pm this evening to listen to the special concert of the Pannon Philharmonics.

Today, we celebrate not only the day of Hungarian Culture but also all those who did so much for our country and our future, all those who fought and sacrificed something to make this country bigger, better, and greater. 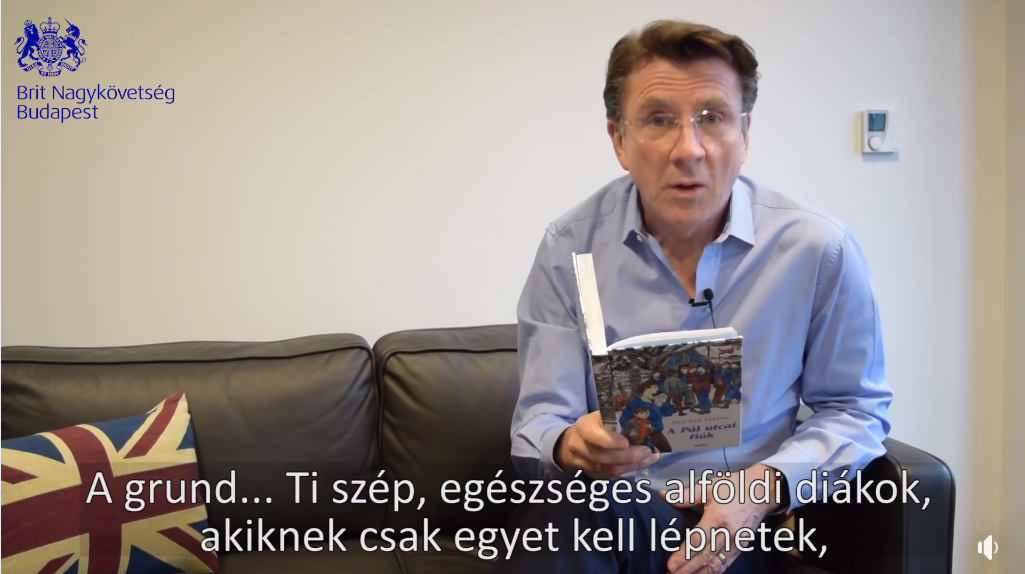