Budapest, February 23 (MTI) – The European Commission wants to take Hungary to court over energy price-setting, government office chief János Lázár told on Thursday. The government will launch its next round of “national consultations” in March, he said. The government has decided to build a “secondary line of defence” along Hungary’s fence on its southern border with Serbia, Lázár told.

The commission is intent on companies determining energy prices, whereas Hungary believes the state should set prices based on people’s needs, he said.

Meanwhile, Lázár said Hungary and Brussels were likely to conclude an agreement concerning infringement procedures launched against the country on regulating multinational companies and pharmacists.

Government to launch next national consultation in March

The government’s questions, sent to each household, will focus on “potential threats” such as the EU’s plan to ban Hungary’s retail utility price cuts, illegal migration, European centralisation of tax decisions, Hungary’s losing its right to introduce job protection measures, as well as the accountability of organisations financed from abroad, Lázár said.

Secondary fence to be built along Hungary-Serbia border

Lázár argued that a “significant number” of illegal migrants could arrive in Hungary in 2017.

The government will increase the budget of the interior ministry by 38 billion forints (123.5m) to facilitate the construction of the second barrier, he said.

The government is planning to set up facilities to accommodate 400 migrants along the border, Lázár said, adding that later on asylum seekers currently in open or closed camps in the country, some 600 people, would also be sent back to the new facilities.

Regarding his recent talks in Brussels, Lázár said the European Commission is preparing to take Hungary to court over energy price-setting. The commission is intent on companies determining energy prices, whereas Hungary believes the state should set prices based on people’s needs, he said. He said electricity and gas prices would likely increase by 30-40 percent if they were to be set by the market.

Meanwhile, Lázár said Hungary and Brussels were likely to conclude an agreement concerning infringement procedures launched against the country on regulating multinational companies and pharmacists.

On the topic of Hungary’s restrictions of farmland purchases, he said further talks were needed.

Talks on the Paks project, however, “appear promising”, Lázár said, but declined to elaborate on their details.

Further, Lázár said Hungary is nominating MEP Ildiko Gáll Pelcz as its delegate to the European Court of Auditors. 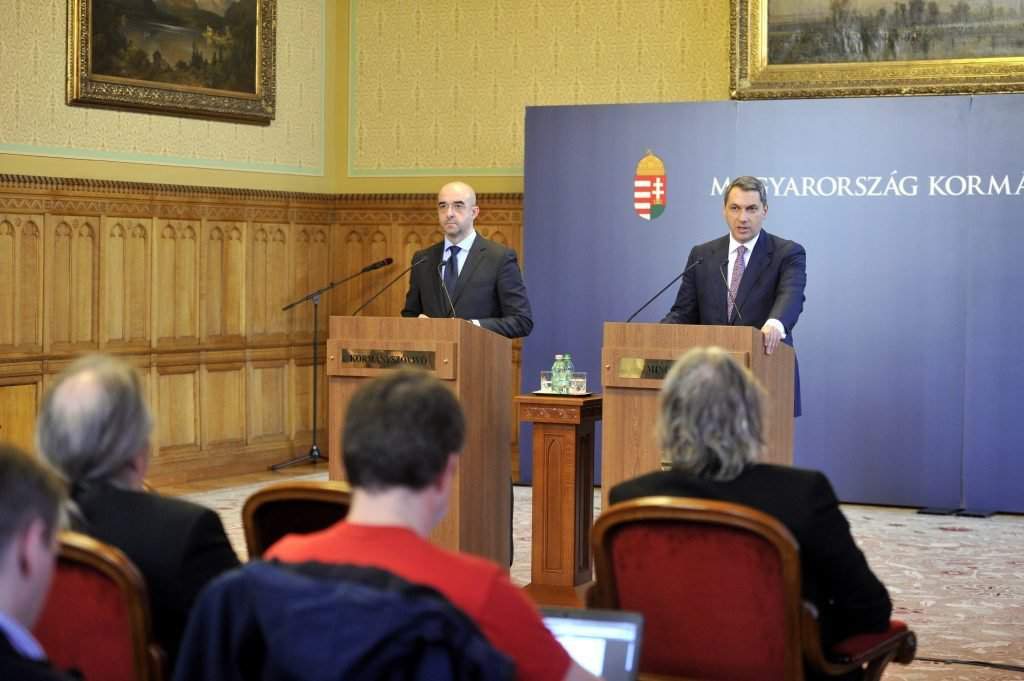 Lázár also criticised the EU for what he said was its support for the continued practice of companies “selling lower quality products to poor Hungarians”. Lázár named such brands as Coca-Cola, Nesquik, Rio Mare, Nutella and Knorr, as producers that distribute a poorer quality in Hungary than in Austria. The products were compared over the course of an investigation that involved retail chains Lidl, Aldi, Spar and wholesale chain Metro, he said.

Regarding the ongoing bird flu epidemic in Hungary and various parts of Europe, Lázár said the government would distribute an additional 2.7 billion forints to slaughterhouses in compensation for their losses.

Commenting on remarks central bank governor György Matolcsy made to lawmakers during a briefing of parliament’s finance committee on Wednesday, Lázár denied knowing anything about any attempt by the embassy of a NATO country to topple the government and central bank, but he insisted that Andre Goodfriend, the charge d’affaires at the time, had directly intervened in Hungarian domestic political affairs.

“It appeared that the then chief of the US embassy found it important on a daily basis to give his opinion on Hungarian domestic political events, to form a standpoint, intervene, manage and organise,” he said.