150,000 Hungarian public utility workers on the edge of strike? 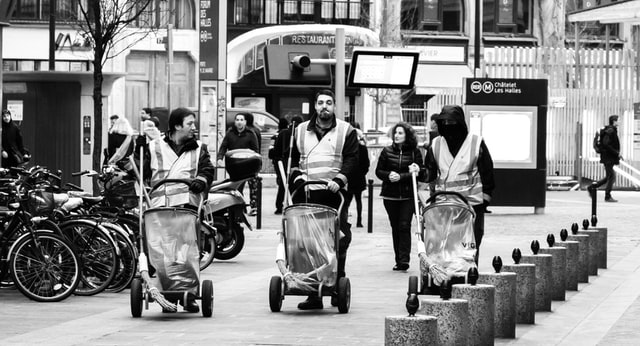 Unfortunately, for the past few weeks, the trade unions for public utility companies have been waiting to have a proper hearing and negotiation with the Hungarian government and the immediate employers of the public sector workers. If things do not develop, they might have to resort to other devices to help the public sector employees assert their needs.

According to Index, following the weeks of failed attempts to properly communicate with the responsible authorities and others involved, the trade unions for public utility companies have announced an ultimatum and

they are going to take things further by proclaiming a collective labour conflict situation, which can be considered the forerunner of a strike.

As Index reported, the trade unions for public utility companies have been waiting for reasonable offers of wage increase not only from the direct employers but also from the government for the entire year to no effect. Not only that, but they only keep promising negotiations, and then nothing happens.

Most recently, it was promised that a three-way negotiation between the trade unions, the direct employers and the government, that is, the plenary session of the Public Utilities Consultation Forum (Közszolgáltató Vállalkozások Konzultációs Fóruma – KVKF) would be assembled last Friday, but in the end, this negotiation did not take place – 24 reported.

According to the information of Index, instead of the negotiations, the

trade unions for public utilities, which are representing some 150,000 people working in state-owned utilities

– including water utilities, road and railway traffic, energy companies and postal services – have conducted an interest coordination and

have given both the immediate employers and the government an ultimatum.

According to Melinda Mészáros, the president of LIGA trade unions, if during the first half of the week, they will not receive any meaningful intention on negotiating, they will resort to proclaiming a collective labour conflict situation which can be considered the forerunner of a strike.

The public sector employees would like to receive a minimum of 6% gross annual – retroactively from January – wage increase.

This is approximately HUF 28 billion (€ 77.8 million), said Imre Palkovics to Index. The trade unions are hoping to receive the wage increase as in 2020, in addition to transport companies receiving the funds for wage increases, at the end of the year, the government have compensated the MÁV-VOLÁN group for a total of HUF 60 billion (€ 166.7 million) for the lack of passengers due to the pandemic – said János Meleg to Index.