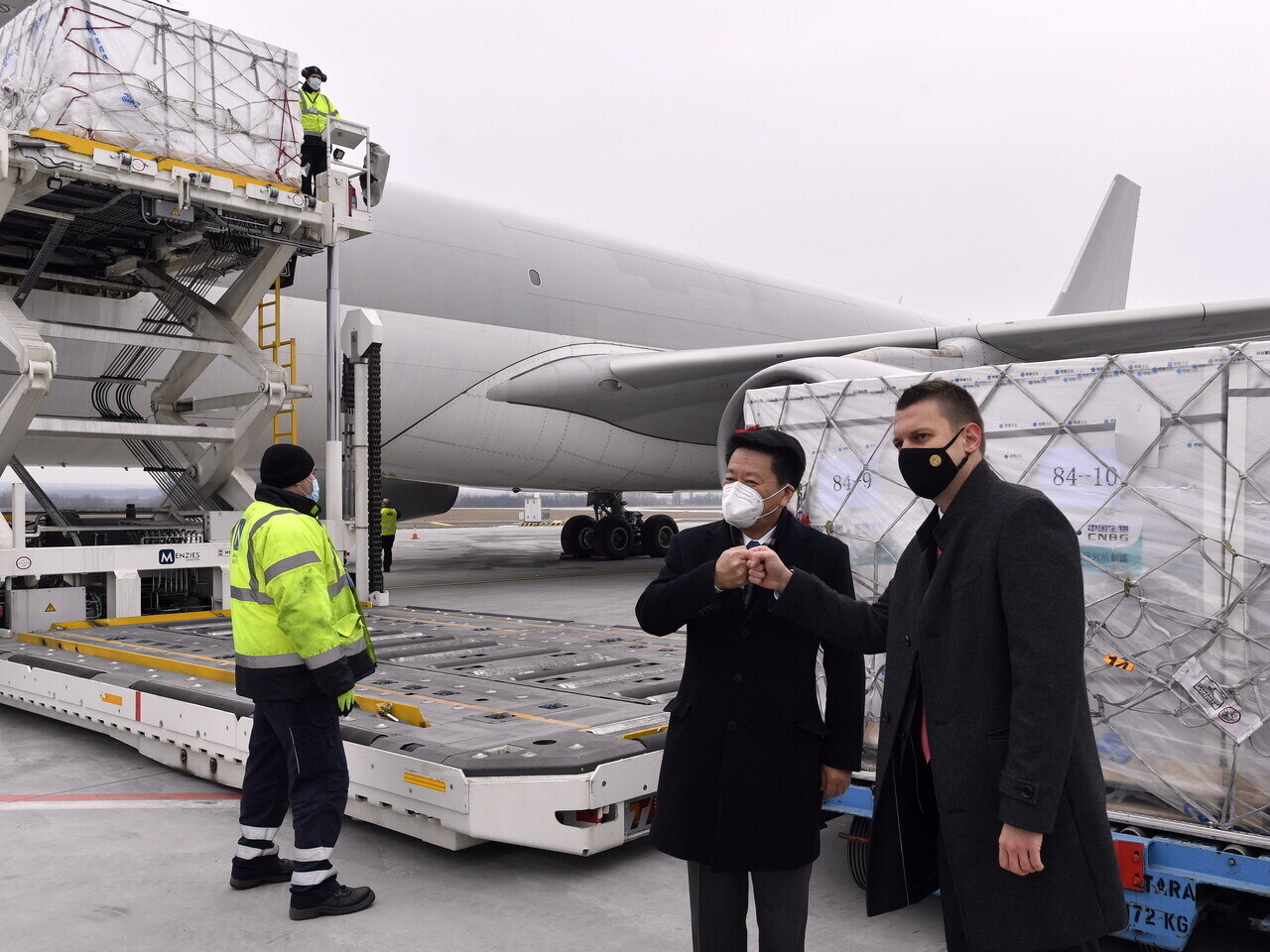 The first shipment of vaccines from China has arrived, so five vaccines are now available in Hungary, according to a Hungarian health authority official.

The 550,000 doses of vaccine received on Tuesday are enough to vaccinate 275,000 people, Ágnes Galgóczi, the head of the epidemiology department of the National Public Health Centre (NNK), told an online briefing of the operative board responsible for containing the coronavirus epidemic.

Vaccinations using the Sinopharm jab will be available once NNK has tested and authorised it for general use.

The Sinopharm jabs will be administered by general practitioners,

Hungary this week is also receiving 102,960 doses of the Pfizer/BioNTech vaccine in two shipments on Tuesday and Wednesday.

She noted that people in the oldest age group will receive the Pfizer and Sputnik V shots at the various vaccination points, while those under the age of 60 with underlying illnesses will be administered the AstraZeneca vaccine.

Teams are also returning to several nursing homes, while second-round jabs of health workers will continue, she added.

Galgóczi encouraged the public to get inoculated and asked them to only turn to reliable sources when seeking out information on the vaccines.

As we wrote today, with the government working to procure as many Covid-19 vaccines as possible, Hungary could have 70 percent of its population inoculated by June, details HERE.