Amnesty’s claims on treatment of migrants in Hungary unfounded? 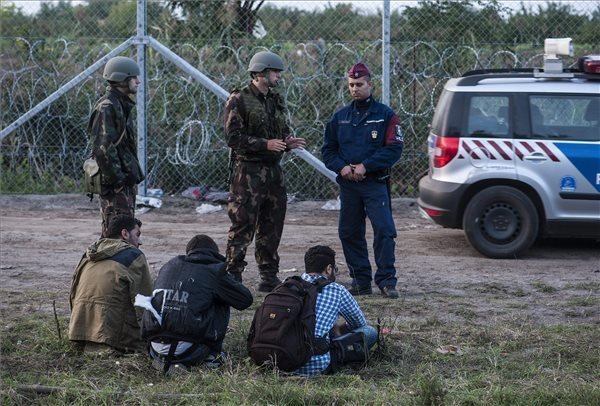 Károly Kontrát was asked to comment about Amnesty’s critical remarks at a press conference held on a different subject.

The rights organisation has said attacks against migrants and refugees had become common practice in Hungary and many of them were simply sent back to Serbia or detained unlawfully.

“As stated already, Hungarian border guards firmly abide by the law to protect the Hungarian state and its citizens,” he said.

He noted that when Human Rights Watch had raised objections concerning the treatment of refugees in Hungary, an investigation was carried out. The prosecutor’s office found the reports to be false, he said.

Péter Niedermüller, MEP of Hungary’s leftist Democratic Coalition (DK), called on the EU to step up against the “shameful, inhumane and illegitimate” situation at the Hungary-Serbia border.

“The Hungarian government is clearly lying when it claims that it enforces European rules. On the contrary: they systematically and deliberately violate EU and international legal norms. Rather than protecting Europe, they destroy the rule of law, its moral basis”, Niedermüller told a press conference in Brussels.

Amnesty published a thirty-page report earlier on Tuesday setting out the results of interviews with 143 individuals in Hungary, Serbia and Austria, including 129 refugees and migrants, as well as asylum officials, police officers and staff members of non-governmental organisations.

According to the report, several thousand refugees, including unaccompanied children, were treated violently and subjected to unlawful returns or detention by the Hungarian authorities. Hungary’s asylum procedure was designed to reject them, Amnesty insisted.