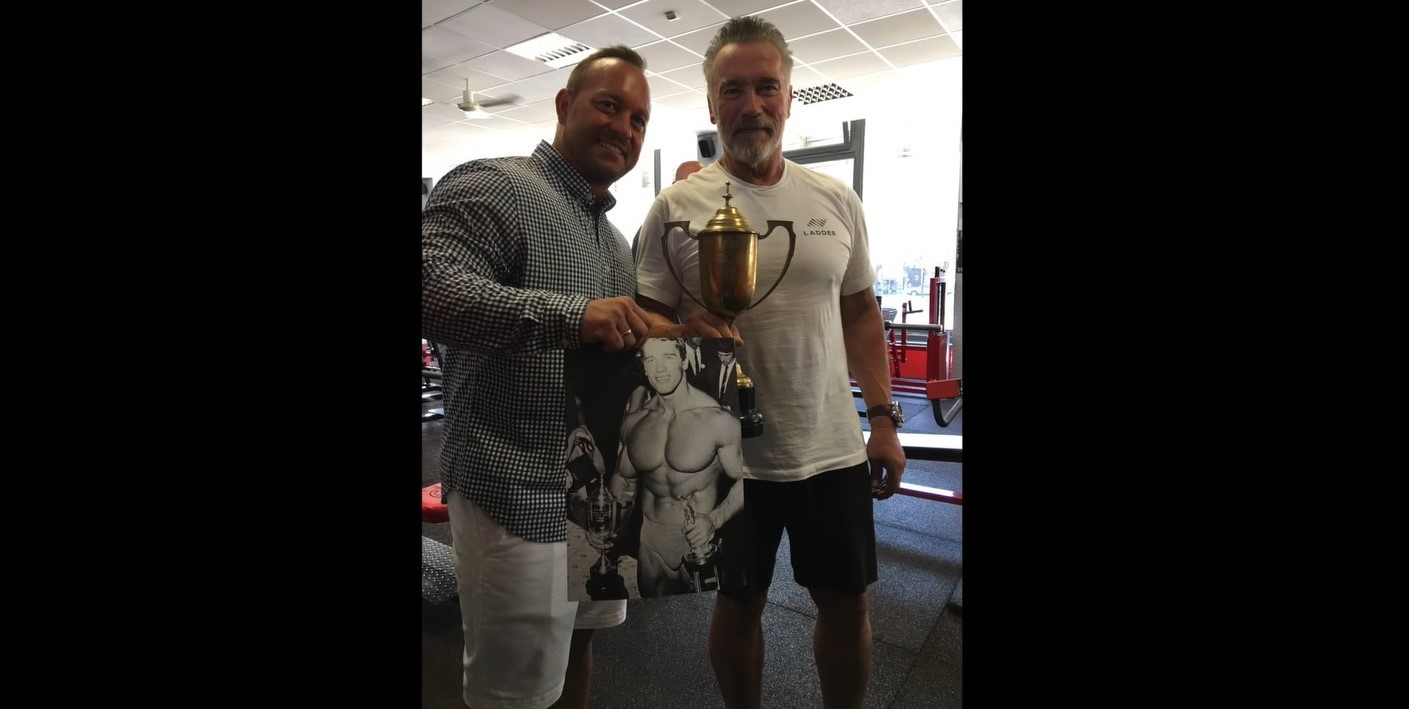 The Austrian-American Hollywood icon, bodybuilder, and politician has already visited Budapest a few times, but this time, he did not come as an actor or a businessman but as a friend.

As we have recently reported, Arnold Schwarzenegger was spotted by a passer-by on the terrace of Gresham Palace at Széchenyi Square, Budapest, on Sunday, and he even congratulated a 10-year-old Hungarian girl after she set a new world record. Nonetheless, everyone started guessing the real reason behind his visit to Budapest. Is he shooting a film in the Hungarian capital? Did he come to attend business meetings?

It was revealed that there was a much simpler but all the more heartfelt reason behind Schwarzenegger’s visit.

The actor and bodybuilding legend travelled to Hungary to visit his dear friend, Ádám Szedlacskó, the owner of Flex Gym.

Szedlacskó told Index that they had come from Germany together, but they wanted to keep Schwarzenegger’s arrival in secret, so he had not even told his mother anything. The man also explained that he had first read The Education of a Bodybuilder at the age of 12, and the former Mr Olympia winner had been his role model since then. Szedlacskó opened his own gym in 2010 and had the privilege of not only meeting his childhood hero but also becoming close friends with him. “I love him very much as a friend, but he is also a father figure to me whom I greatly respect. When I look at him, I do not see the bodybuilding legend, the action hero, or the former governor of California. I see Arnold himself, the man.”

The owner of Flex Gym talked about the beginning of their friendship: “I first met Arnold at a seminar in 2015. After I heard his name, I was the first one to support the event. I was also his driver, that’s when we started talking, and we agreed that we would meet when Arnold started shooting the new Terminator movie in Budapest.”

One of their favourite pastimes is training, but they also play chess for two hours every day with FaceTime.

“Arnold came to visit me. It is not true that he came to shoot a film or to talk to Viktor Orbán,” clarified the owner of Flex Gym. Szedlacskó added that it is his duty as a friend to protect the actor’s privacy as much as possible, and he refused to share any information about where and how Schwarzenegger will spend the next few days. Nonetheless, he revealed that the actor loves the Hungarian capital, and they often go cycling together in Budapest, Hvg writes.

As far as Flex Gym is concerned, in addition to Schwarzenegger, several other prominent athletes and movies stars such as Dwayne “The Rock” Johnson, Flex Wheeler, Jay Cutler, Dorian Yates, Henry Cavill, Will Smith, Sam Heughan and Dave Bautista have visited one of Budapest’s best gyms during their stay in Hungary. In 2019, Henry Cavill mentioned Flex Gym on The Witcher press tour when he was asked about his training regime. The actor said that it was one of the best gyms he had ever been to.