B My Lake Festival – SOON

This is the fourth year running that B my Lake, also known as the „Mecca of electronic music”, takes place to round off the summer with a boom. Since its debut in 2013, B my Lake has become one of Hungary’s most popular festival and the #1 summer destination for the lovers of electronic music.

Thanks to its popularity, forward-thinking approach and exciting programs B my Lake, right in its first year, had won the award for „Best New European Festival” in the prestigious European Festival Awards. No wonder it had, as the organizers (VOLT – and Deadcode Production) managed to create a somewhat niche, but immensely demanded line-up each year.

B my Lake is yet again bringing an insane line-up to Hungary’s „festival capital” Zamárdi, a must-see town, boasting an amazing panorama and wonderful lakeside location, merely 110 km’s away from Budapest.

B my Lake opens its gates on 24 August and brings you the biggest and most influential acts in contemporary techno, tech-house, minimal and house music, supported by unique visual and sound elements. Despite the immense demand for the festival, it will be preserving its „boutique” features that made it so popular since its first edition. 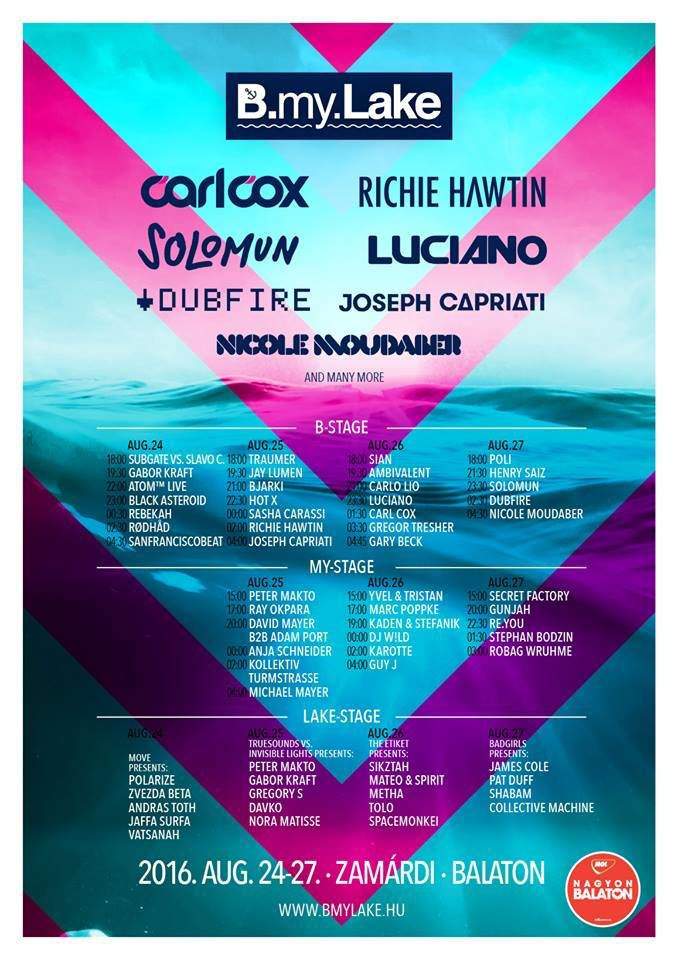