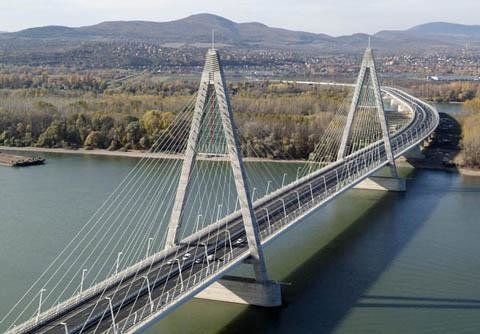 Budapest (MTI) – The Megyeri bridge that spans the River Danube and is part of the M0 Budapest bypass will remain toll free, the cabinet chief said on Sunday.

Janos Lazar told news channel HirTV that this was decided by the government on Wednesday after assessing information presented by the economy minister and the development minister about talks held with local councils and professional interest representation bodies.

Lazar said that people living in rural areas and near motorways have expressed support for the changes in motorway tolls that will enable those using the motorway within a county only to pay 5,000 forints annually instead of the current 42,000 forints.