From 1 November, the government reintroduced mandatory mask-wearing on public transport, spas, baths, universities, schools. However, there are still many public spaces, where it is still not obligatory. The rule applies both to vaccinated and non-vaccinated people. However, Budapest locals would like even further restrictions because the virus spreads quickly again in Hungary.

Based on the relevant data published yesterday, the authorities registered more than 11,000 new infections during the weekend. Furthermore, 152 patients died because of the illness. In the last 24 hours, these numbers were 1867 and 39. Therefore, it is not surprising that the government reintroduced obligatory mask-wearing in public transport from 1 November. Of course, not everybody agrees. Some politicians argue that the measure was too late.

Meanwhile, others refer to government promises: if people accept the jab, we can defeat the epidemic.

The government said before that they did not want a lockdown like in November 2020. They also add regularly that such a harsh measure would be needless because of the vaccination. In that regard, Hungary is still among the top states in the region, having inoculated more than 61 pc of the population. However, the vaccination campaign stopped during the summer, and authorities found it difficult to convince further people to accept the jab.

Based on a recent survey, the majority of the residents of Budapest support obligatory mask-wearing on public transport and closed spaces. Moreover, they would support stricter measures – 444.hu reported.

Political sympathy plays no role in that decision. The fragmentation is between the inoculated and non-inoculated Hungarians. The representative survey done by Medián and the 21 Research Centre says that 82 pc of the Budapest residents support obligatory mask-wearing. Interestingly, this rate is higher among opposition than government supporters.

In the case of closed spaces, this positive rate is 75 pc.

67 pc would require a vaccination certificate in cinemas, pools, museums, and other public institutions. The rate of supporters among the non-inoculated in this question was only 17 pc. 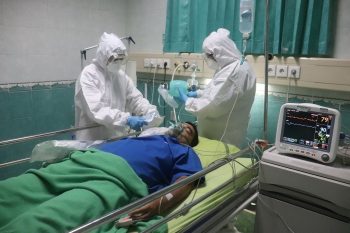