This year’s Budapest Spring Festival (BTF) will have twice as many performers at twice the number of last year’s venues, Minister of Human Resources Zoltán Balog said at a press conference on Tuesday.

Mr Balog said that with the reconstruction of the Music Academy and the Erkel Theatre as well as the inauguration of the Budapest Music Centre the festival will host world-class artists in world-class venues. State subsidy for the festival has doubled from last year and will amount to 1.65 billion forints (EUR 5.32 million) in 2014.

The 34th BTF boasts 172 classical, contemporary and pop music events as well as dance performances at a total 58 venues and will run from March 21 to April 6. Famous performers include Philip Glass, the Vienna Philharmonic Orchestra conducted by Zubin Mehta, a guest exhibition of Florence’s Uffizi Gallery and the Madách Imre International Theatre Meeting, held for the first time this year. 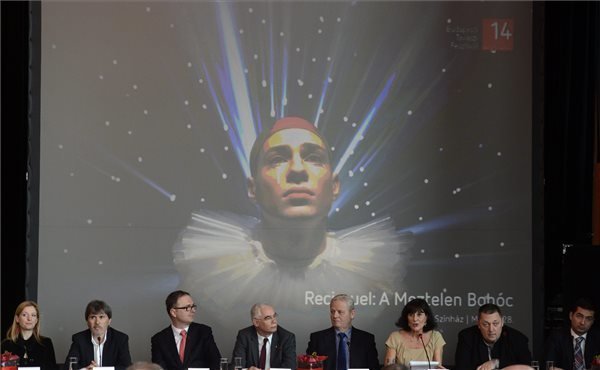 Csaba Káel, President of the BTF’s operative board said at the press conference it was a big step forward that the state guaranteed funding for the festival for the next four years, adding that Budapest wanted to strengthen ties with the Vienna and Prague sister festivals.

The full program of the festival in English: http://www.btf.hu/btf2014/