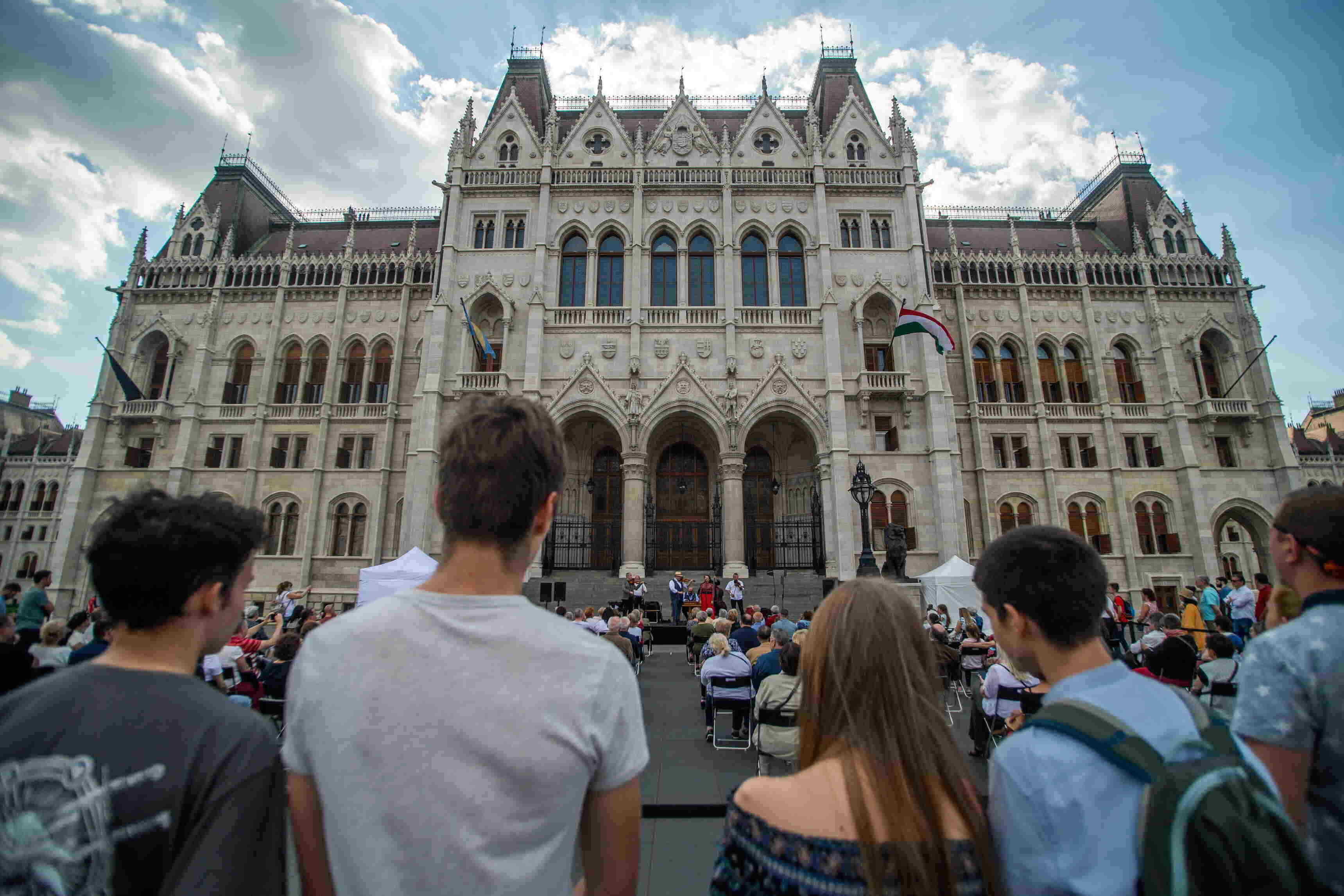 “Today we have to fight for the same cause as our predecessors, to protect the homeland,” Németh said in his address at the ceremony.

“We need to defend the homeland not only within the borders cut in 1920 but in terms of the whole nation… what we think to be our homeland in the Carpathian Basin,” he said.

Németh read out a letter by the House speaker, in which László Kövér warned that “in the future each European could be impacted by plans of a Trianon of the 21st century, bringing political subordination in one’s own homeland, economic exploitation and humiliation under the motto of a United States of Europe”.

Hungary can live up to its heritage by engaging in everyday actions aimed at strengthening national cohesion, the mayor said on Facebook.

“It is beyond dispute that Trianon is a shared trauma,” he wrote. “It forever turned the lives of millions of Hungarians beyond the border upside down. Being a minority Hungarian is an everyday task and no doubt a struggle.”

Karácsony said that while the struggles of ethnic Hungarians should be neither trivialised nor heroised, “the one thing we definitely can’t do is ignore it.” 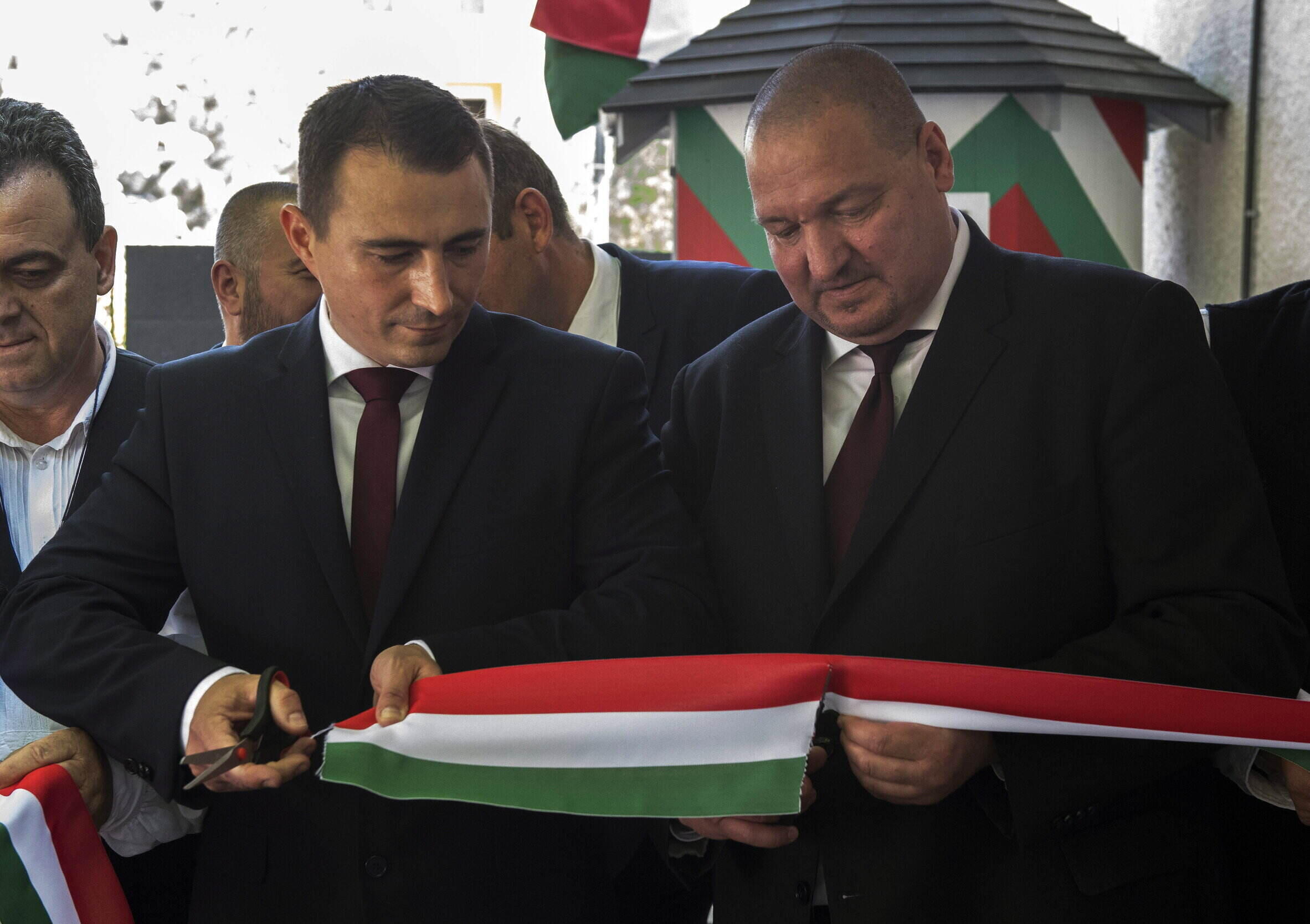 For decades left-wing politicians had called for Hungary to break out from under the shadow of Trianon, Karácsony said. “But I say that if we want to process the past for the sake of the future, then the left, too, must step into that shadow,” he added. “It begins by declaring that Trianon doesn’t belong to the right, but to all of us Hungarians.”

“We must therefore commemorate the trauma of Trianon by telling the truth about the injustice that it was, but not by seeking refuge from reality and the tasks of the present among our grievances,” the mayor wrote. “And we mustn’t forget for one moment that we are each other’s companions in misfortune, and not enemies.” 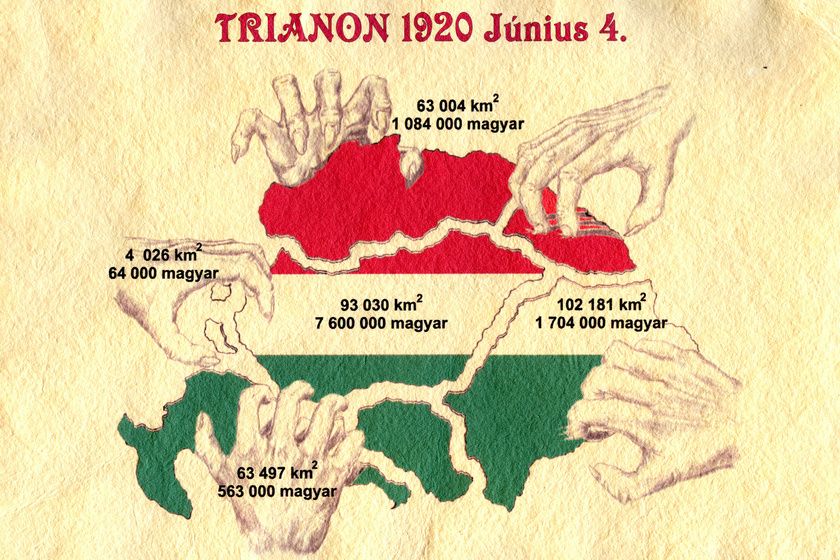