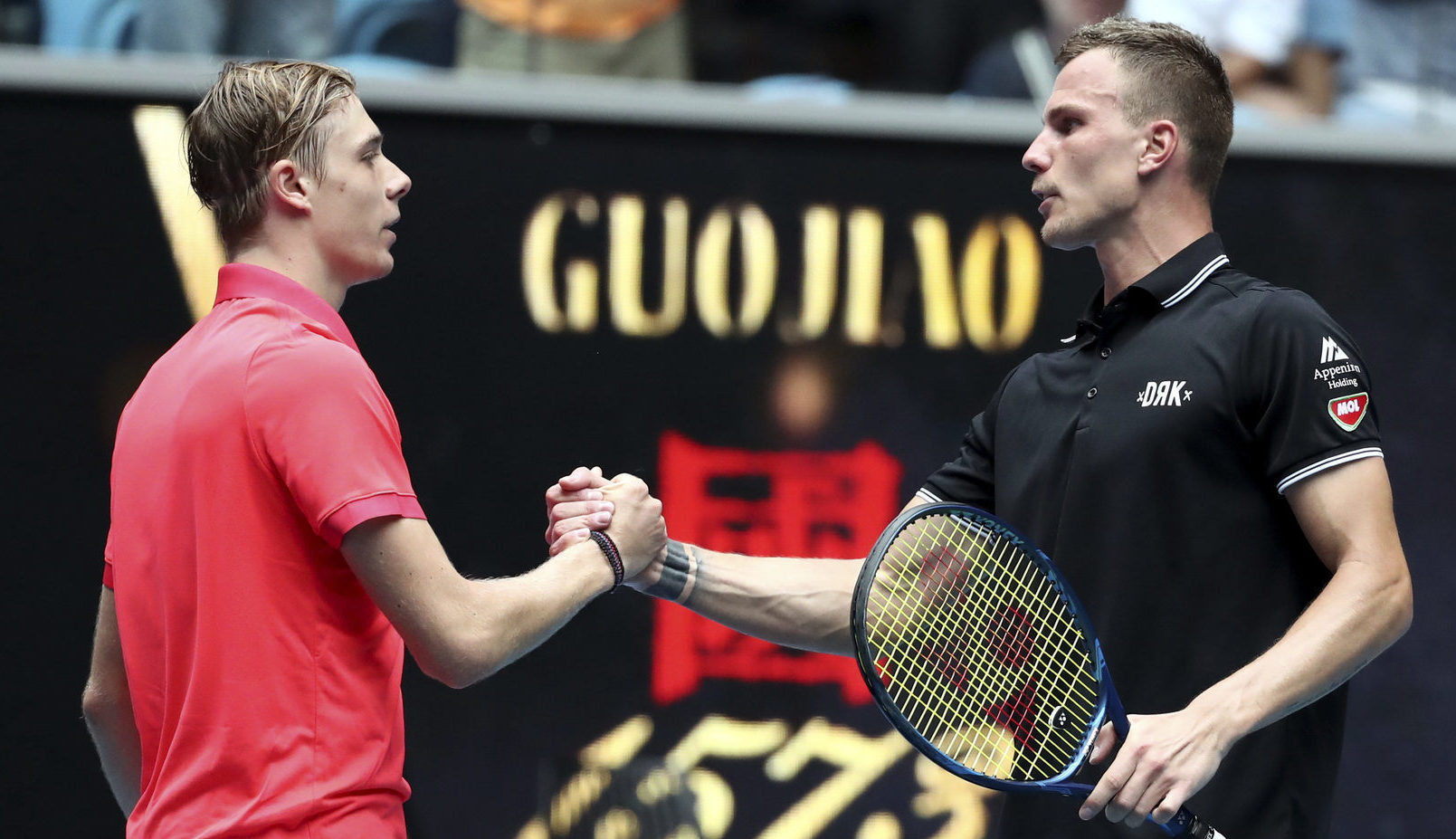 Despite billing itself as the summer Grand Slam, the Australian Open was brought to an abrupt halt by rain on day one of the tournament on Monday.

With Australia in the grips of a horror bushfire season and record-breaking drought, the change of weather was not unwelcome, but did force the cancelation of a number of fixtures.

Matches on outside courts were suspended as rain hit Melbourne Park at around 3 p.m. local time, while the drawcard contests, hosted on the indoor stadium courts, continued.

Osaka said she hoped to remain focused and not let the hype of playing for back-to-back titles get the better of her.

“There’s no reward for being a defending champion and you just have to go into it with the mindset that everyone wants to beat you and it’s going to probably be tougher the second time around,” the Japanese told reporters.

Osaka will be joined in the second round of the women’s competition by Serena Williams and Wozniacki, who also won their first round clashes.

Williams made short work of Russia’s Anastasia Potapova 6-0, 6-3, while Wozniacki – who is playing in her final tournament before retirement – beat American Kristie Ahn 6-1, 6-3.

In the men’s draw, veteran Federer topped Steve Johnson from the United States 6-3, 6-2, 6-2, and Greece’s Tsitsipas dispatched Salvatore Caruso 6-0, 6-2, 6-3, despite a late fightback from the Italian.

“It’s great to be back in this arena that has a very special place in my heart,” Djokovic said in a post-match interview.

“This has been by far my most successful court in my career and I love coming back to Australia, the land of tennis.”

Local hopeful and women’s World No. 1 Barty had the home crowd on edge after losing the first set against Ukraine’s Lesia Tsurenko, but she dominated the remainder of the contest with a final score of 5-7, 6-1, 6-1.

One of the day’s surprises was a deja vu win for China’s Zhang Shuai, who staged a dramatic comeback to topple U.S. competitor Sloane Stephens 2-6, 7-5, 6-2.

The scoreline was eerily similar to that at the 2018 Australian Open, when the two women met in the first round, on the same court, with Zhang also triumphing after dropping the first set, 2-6, 7-6, 6-2.

Another shock was the departure of 13th ranked Canadian Denis Shapovalov, who went down to Hungary’s Márton Fucsovics 6-3, 6-7, 6-1, 7-6.

The hot-headed Canadian youngster exchanged words with the umpire after receiving a code violation for slamming his racquet on the ground. He claimed that there was no violation if the racquet did not break, though the umpire maintained that it was still an infringement.

“The rule [according to] what I know is that if I break my racquet, you can code me,” Shapovalov said in a post-match interview.

“But you can’t code me for slamming it. I’m not doing anything and it didn’t impact anyone and the racquet was still intact.”