The Hungarian economy’s “dimensional shift” further accelerated in the past year and a half despite the coronavirus pandemic, with an increasing number of international research and development investment projects being implemented in Hungary, Foreign Minister Péter Szijjártó said on Tuesday.

Szijjártó attended an event where Linde Gáz Magyarország announced plans to set up a digital research and development hub in Budapest which aims to develop solutions to enable sustainable and profitable operations in processing plants, the ministry said. The 5 billion forint (EUR 14m) project will receive 970 million forints in state support and the German-owned company will initially offer 25 jobs to graduates, it added.

Szijjártó said that 2020 and to a certain extent even 2021 have been years that brought global economic activity to a halt.

The government’s task was to avoid this and enable Hungary to be among the winners of the new era of the global economy, he added.

One of the reasons for success was that the government agreed with large international companies on the expansion of their capacities, especially in research and development, he said. As a result, the “dimensional shift” of the economy has not slowed down but picked up pace, he added.

Research and development spending totalled 770 billion forints in Hungary last year, some 10 percent more than in 2019, Szijjártó said. More than three-quarters of this was represented by corporate spending, which shows that the private sector trusts the Hungarian investment environment, he added.

He cited assessments showing that

Hungary’s was the 34th most innovative economy in the world and said that the government wanted to make further progress in this area, also relying on international corporations to act as partners.

Linde Gáz Magyarország was set up in 1992 and the company currently has ten branches and nearly a hundred sales partners in Hungary. It is involved in the special storage and transport of Pfizer/BioNTech vaccines, playing a highlighted role in the fight against the coronavirus epidemic. 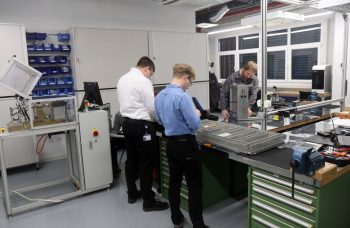 Read alsoHungary is a primary target for Chinese investments in Central Europe!