In fact, ESMA Reklám Zrt. specialised in outdoor advertising received many friendly gestures from politics before. Now it offers a 95% price reduction to the governing parties, LMP and MSZP– according to 24.hu. The company belongs to István Garancsi who is a close friend of PM Orbán. Interestingly, the State Audit Office of Hungary fined the biggest opposition party, Jobbik because – according to the institution – they got outdoor billboard locations for less than the market price. ESMA announced that by the time the political campaign began they had already sold all their available advertising places.

According to 24.hu, the average monthly rental fee for the famous “elephant ear” was 90 thousand forints (EUR 287) last year. This sum increased to 110 thousand (EUR 352) this January. Since the campaign lasts for 50 days and every month which is started counts as full at least 220 thousand forints (EUR 703) should be paid for each elephant-ear. So this is the valid market price at present.

However, the company is

satisfied with less than 4.5% of this price.

Thus, it gives tremendous financial help to the parties which have tight campaign budget. In fact, Garancsi received a 300 million forints order from the Prime Minister’s Office regarding the government’s anti-Soros billboard campaign. They let out then 4,500 elephant-ears with a considerable price reduction. But even so, they received four times more than they will during the parliamentary campaign.

Fidesz, LMP, Socialists and another party accepted the offer

Of course, if they let out 4,500 elephant-ears for the previous price

Fidesz should pay out half of its whole campaign budget for them.

According to the law, each party running on the elections can spend maximum 995 million HUF (EUR 3.1 million). Moreover, they have to account for the expenditures to State Audit Office of Hungary (SAO). 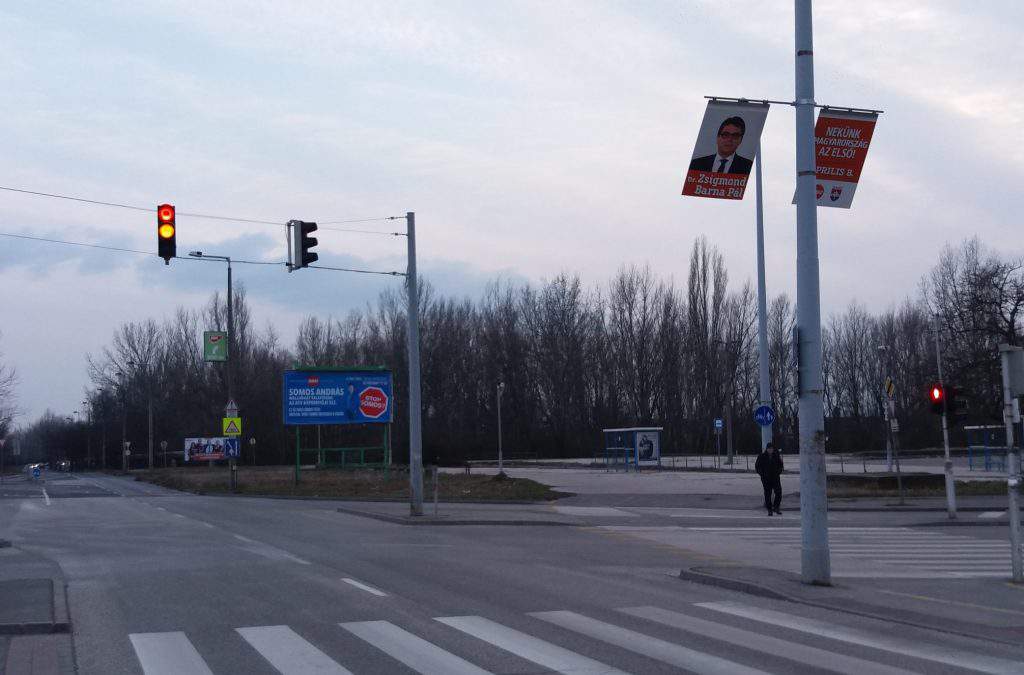 24.hu asked ESMA which parties they signed the contract with. In their answer, they mention only a number, which is four, no names or sums. In fact, the billboard campaign of Fidesz has already covered many cities, e.g. Budapest. Furthermore,

Socialists announced that they leased 3,300 locations, but they will place their posters only later.

According to the information of 24.hu, green party LMP also hired 2,000 places.

In fact, SAO cleared that if it becomes clear that a party had to pay less than the ordinary market price for advertising,

the difference will count as prohibited non-monetary party support.

ESMA had a fascinating history in the previous years. The second Orbán-government firstly banned column advertising claiming that it distracts the attention of drivers. Others say that

the government wanted to get rid of the Spanish-Hungarian business group owning ESMA those days.

All in all, after ESMA went bankrupt, István Garancsi bought it. Finally, thanks to an amendment to the bill column advertising got the green light again.