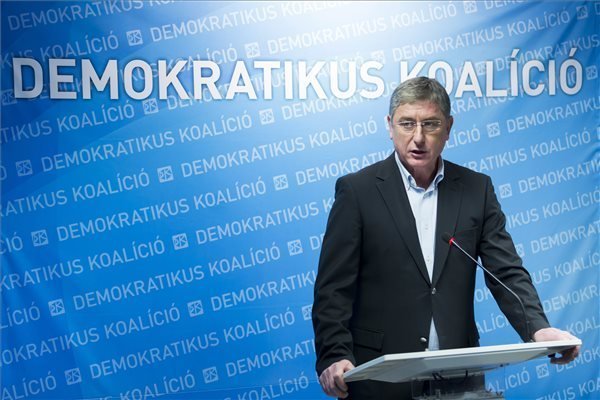 Budapest (MTI) – A new, democratic, civic Hungarian left wing that has a vision for the country but its ability to govern must be formed, former Prime Minister Ferenc Gyurcsany, the leader of the leftist opposition Democratic Coalition, said on Thursday.

Those who identify as democrats must unite in this fight, Gyurcsany said on the fourth anniversary of his party’s founding.

Hungarians who voted for the right wing for predictability and a party with the ability to govern, that is why the left wing must regain these characteristics, the former prime minister said. He said that “in this divided democratic world” the ones who have the most responsibility are the political forces with the most voters.

Gyurcsany said the left has a historic responsibility to make sure that there is a “democratic alternative” to Prime Minister Viktor Orban.

The real dividing line since spring 2010 — when Fidesz trounced the left wing in the general election — has not been between right and left but between those who follow European civic and democratic norms as opposed to those who would chose “oriental despotism”.

Those who identify as democrats should join together. “Whoever is a democrat belongs to us,” independently of which party colours they wrap themselves in, he said.

Democrats should first concede that the reason for failure was “ourselves”, he said, adding that whoever fails to understand this will never be capable of leading a new Hungary or creating a more livable country. The assessment of the history of the post change in regime does not meet with quotidian assessments, and this gives rise to dramatic conflicts in the country, Gyurcsany argued.

The lessons to be drawn from the 2006-2010 governing period is that welfare cannot be built on credit, because if a 50 percent wage rise or a 13th month pension is not built on a person’s own performance then it is borrowed from the future.

The left wing says of itself that it understands the call of tomorrow but many are incapable of understanding that what was left wing yesterday could be tomorrow’s populism; what was counted as conservative yesterday may today be the best solution, Gyurcsany said.

Speaking in front of 150 people at the event held in a Budapest hotel, Gyurcsany accused the government of having created a mafia state. He said there were petty crimes in Hungary in the last 25 years, but today’s rulers do not steal a company here or there but indulge in legalised theft.

The DK leader said that every submission of corruption by his party had been rejected by Peter Polt, the public prosecutor, “the second biggest criminal”.