Szeged pulled off one of the most surprising results in the first leg of the VELUX EHF Champions League Last 16 and Juan Carlos Pastor’s men completed the job with yet another excellent performance which saw the much-favoured German side drop out of the competition, European Handball Federation (EHF) reports.

The eurohandball.com said, tt was obvious from the start that Löwen did their homework from the first leg and tried to close down spaces the speedy Hungarians could exploit and took an early lead. It took Szeged some time to find their game but when they did the home side immediately took control.

After the first 15 minutes Szeged had the upper hand as Zsolt Balogh and Dean Bombac (eight goals each) were unstoppable for the Löwen defence. The Hungarian wall stood solid and Sierra was better than his opposite number Landin as problems were mounting heavily for Löwen by half-time.

According to EHF offical webpage, the visitors gathered momentum for one last run and took the lead 20 minutes from the final whistle with goals from Uwe Gensheimer (top scorer with 12 goals) and Bjarte Myrhol, but after a time-out from Pastor, Szeged managed to regain control of the match. 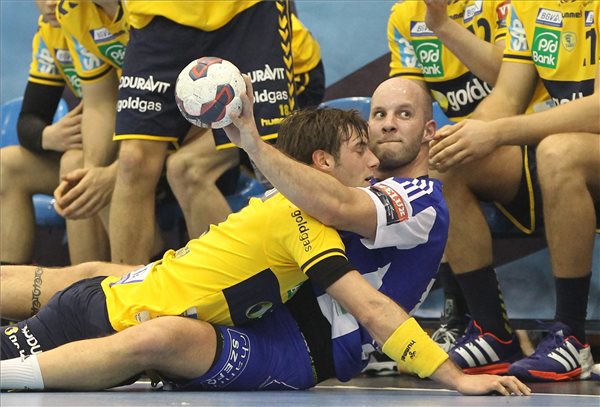 The Hungarian outfit kept their rivals at bay with ease as Löwen lost grip of the game and although they fought until the very end, Szeged never let them get their hopes up. The perfectly-prepared home side pulled off yet another shocking result but nobody can deny that Szeged deservedly booked their place in the quarter-finals.

EHF interview – Juan Carlos Pastor was clearly delighted with his team’s performance: “It took us a huge effort to beat Löwen but now we are very happy that we’ve reached the quarter-finals. We had a bad period in the second half but came back from it and managed to eliminate an excellent team.”

EHF interview – Löwen coach Nikolaj Jacobsen was full of praise for the victors: “Congratulations to Szeged, they deserved to go through based on the two games. We were too nervous; perhaps we made some bad calls. I hope Szeged reach the FINAL4.”