Happy 1018th birthday Hungary: what and how do Hungarians celebrate?

The 20th of August might as well be the most significant national holiday of Hungary with festivals, celebrations and fireworks everywhere. But what is it really about? Read a quick recap of the must-know facts about the background of and traditions connected to St. Stephen’s day.

What do we celebrate exactly?

A little history lesson may be necessary when it comes to the 20th of August, but do not worry, we will keep to the essentials. On the other hand, should you be interested in the details, read this previous post about the historical background of Hungary’s foundation.

On the 20th of August, which happens to be the earliest national holiday of Hungary, we celebrate the Christian foundation of the state, king St. Stephen, as well as the new bread.

Stephen’s father, Géza, Grand Prince of the Hungarians was the one who started to steer the country towards Christianity. He avoided wars with the religious neighbours and invited priests to the country. He also raised his son, Vajk in this spirit: Vajk was christened and took up the name Stephen, how we know him today. A struggle for the throne followed the death of Géza, but in the end, Stephen managed to beat Koppány who was supporting pagandom in Hungary. Afterwards, to enhance the country’s independence from the Holy Roman Empire, he asked and received the Hungarian Crown directly from the Pope.

Stephen I was crowned king of Hungary in 1000, which marks the foundation of our state.

Among his acts to spread Christianity was the declaring of the 15th of August, the Assumption of Mary, a holiday. Later, in 1018 he also died on this day, so for a long time, he was commemorated on the 15th.

The date changed when King Ladislaus I of Hungary (King László in Hungarian) initiated his canonisation. Ever since then Saint Stephen’s holiday has been on the 20th of August, although it became a national holiday only much later, during Queen Maria Theresa.

The most prominent and well-known traditions are connected to the capital city. Every year it begins at Kossuth Square when the flag of Hungary is hoisted accompanied by the military courtesy. It is followed by the graduation of the honvéd officers, the officers of the Hungarian army. Later the great vaulted hall of the Parliament is opened for the public where you can admire the Holy Hungarian Crown.

At Buda the celebration continues with concerts and family programs,

the Festival of Folk Arts and the Street of Hungarian Flavours are also organised here, where you can taste the Cake of Hungary for the first time.

In the afternoon there is a reaper march followed by the blessing of the new bread. And it is still not over! There is a celebratory mass in the Saint Stephen Basilica, preceding the Procession of the Holy Right Hand of Saint Stephen. This latter occasion is partially a state event; however, it is also a religious celebration.

On the 20th of August the whole country celebrates so do not worry if you are not at Budapest, there are plenty of other programs.

The celebration starts early in Székesfehérvár, as they hold a two-week-long festival here.

It is the Royal Days of Székesfehérvár, complemented by the Coronation Games. The latter changes annually, celebrating the coronation and life of a different Hungarian king every year. Also, there is a traditional festival as well, and it all finishes with a classical concert.

In Siófok you can attend the celebration of wine and bread, and if you are looking for something more historical or authentic, then the tournaments at Hollókő Castle are just right for you.

St. Stephen’s Day is not only celebrated within the Hungarian borders, but there are also masses, bread blessing, concerts and so on in Upper Hungary (Felvidék, now part of Slovakia) as well as cultural programs and ecumenical pilgrimages in Transylvania. The holiday is celebrated among Hungarians living in the USA, too.

St. Stephen’s Day would not be complete without the fireworks, of course. It is the grand finale in all the celebrating cities. According to origo.hu this year there are 358 officially announced firework shows. Out of these 27 will take place around Lake Balaton,

but of course the greatest and most spectacular is always the one on the Danube. 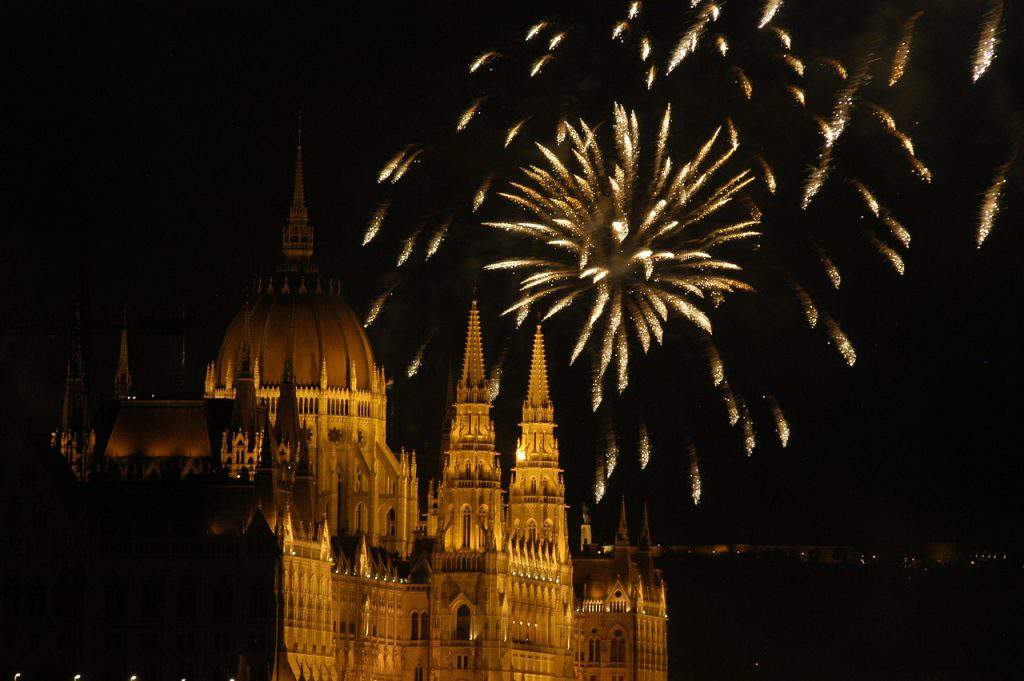 It is always broadcasted on television if you wish to watch it while sitting in your own chair at home – but in that case make sure to watch István, a király (Stephen, the King), the Hungarian rock-opera about Stephen’s life, as well.

And if you are planning to spend the holiday in the capital, then do not forget to check out this guide. Not only will you get a great overview of the programs but you can also learn about the changes in traffic.