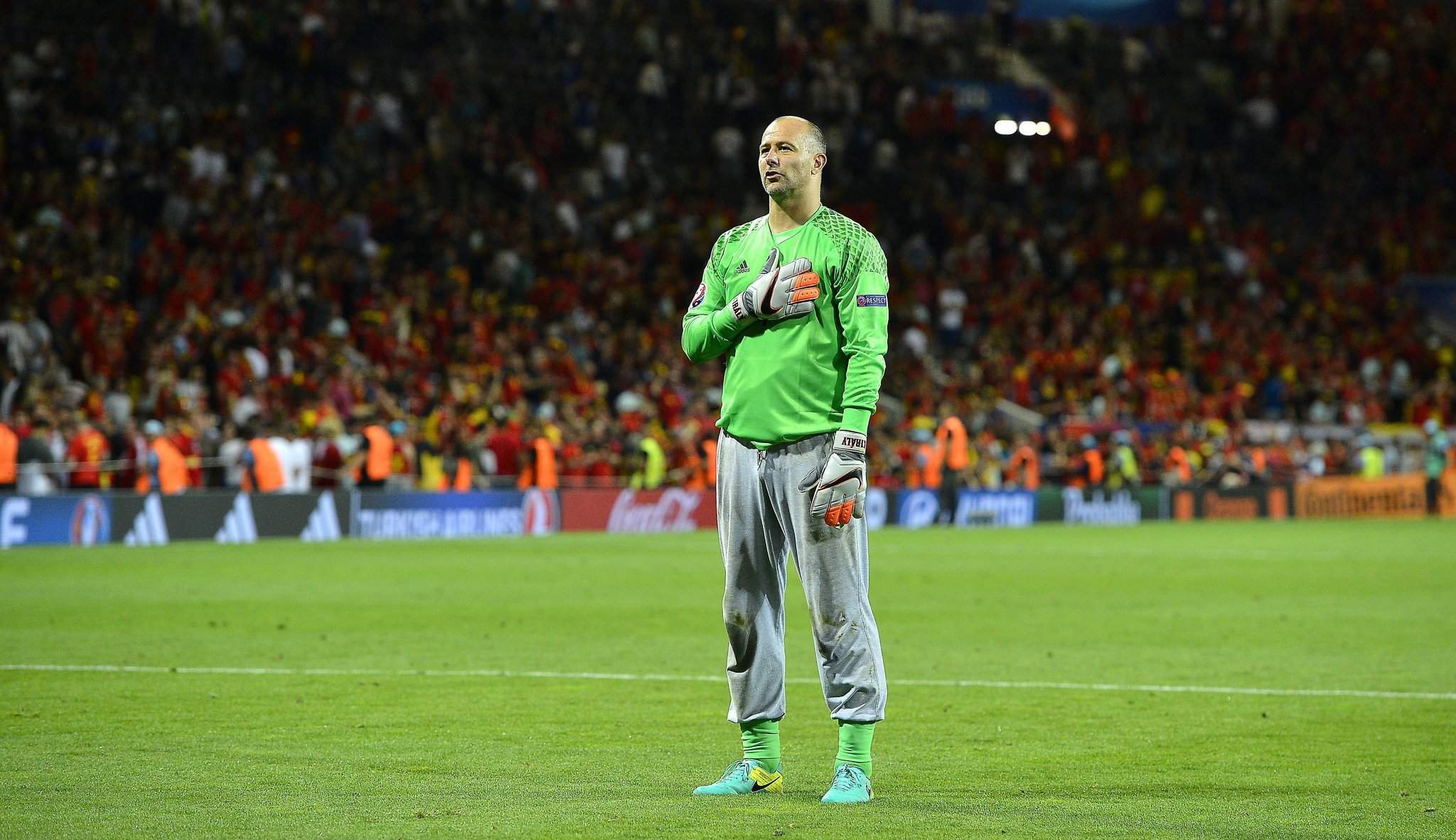 The beloved icon of the Hungarian national football team, the ‘Pyjama Man’ of Euro2016 and the whole country’s favourite goal keeper announced on his website that he will never again put on the national shirt. Hosszabbitas.hu writes that, after 18 years of playing in the national team, at the age of 40 he feels that he can’t take this much weight on anymore, not to mention that Euro2016 was a perfect farewell for him.

The end of a long era

I started the tough preparation months before Euro2016, after a fully played season in Haladás, without any rest. I gave it all my power but my body signaled its limits!

I am a maximalist and I want to give my best; however, at the age of 40, I can’t do this both in my club and the national team.

Coach Bernd Storck told me that it was my decision after the European Championships. And I decided that there wasn’t a better farewell than our participation at Euro2016, which evoked a real football fever and brought a lot of happiness for Hungarian people, as we were able to prove that Hungarian football has a place on the European “big stage”.

I am immensely thankful for the 107 chances I got to wear the shirt with the Hungarian coat of arms! I received a lot of love, encouragement from the fans throughout the 18 years, I thank them all for that.

If only for the trust I received will I try to use my powers for the sake of Hungarian football in the future as the goal keeper of Szombathelyi Haladás and the leader of KirálySport.”