Speaker of Parliament László Kövér has called the 100th anniversary of the post-WW1 Trianon Peace Treaty an opportunity to assess the achievements of the past hundred years.

In an interview published in the daily Magyar Nemzet on Wednesday, Kövér called the treaty under which two-thirds of Hungary’s territory was ceded to neighbouring countries and large ethnic Hungarian communities found themselves living beyond the country’s border, one of the greatest tragedies of Hungarian history.

the Trianon Treaty signed on June 4th, 1920 had “doomed” Hungary.

Yet the “severed territories”, he added, had made achievements since, both jointly and independently, that “are a source of justified pride”.

Regarding Hungary’s relations with its neighbours, Kövér said the Hungarian nation had “learned much” in the past hundred years. Kövér insisted that Hungarian intellectuals had been “clear-eyed” about the shared fate of the nations in the Carpathian Basin and, in a wider sense, central Europe, years before Trianon.

Hungary wants to turn a new leaf in its approach to its neighbours in the 21st century, Kövér said. It is clear that

“we need not fear each other but rather the forces aiming to wipe out our national identity and sovereignty.”

Regarding territorial autonomy for ethnic minorities in the region, Kövér said western European states had “looked down on central Europe” for centuries. Therefore, they are not prepared to grant Hungarians beyond the borders the rights enjoyed by the Basque minority in Spain, Germans in Belgium or Swedes in Finland, he said.

One-tenth of Europe’s population, some 50 million people, live as part of a minority on their ancestral land, Kövér said. However, their needs took a back seat to the “aggressive and sly campaign to have countless forms of sexual aberration accepted”, or the issue of illegal migrants, “against whom we cannot even voice criticism any more”.

Answering a question on Hungary’s dual citizenship law for ethnic Hungarians across the borders, which the Hungarian parliament passed in 2010, Kövér said

the law had bolstered the “cross-border reunification of the nation”.

Some neighbouring countries’ elites have also accepted the Hungarian decision which aids the reorganisation of “the Carpathian Basin and central Europe as a united economic and cultural region,” he said.

the “Hungarian left has attacked its own nation repeatedly over the past hundred years”.

Referring to the Bolshevik uprising of 1918-1919, Kövér insisted that the “Trianon borders would have been drawn very differently had the Hungarian left not betrayed its country”.

Regarding Budapest Mayor Gergely Karácsony’s call for a moment’s silence in Budapest at the time of the treaty’s signing, at 4.30 pm on Thursday, Kövér insisted the initiative was “disingenuous”. Kövér said that

some leftist politicians, Karácsony among them, “try to cast themselves as patriots for political gain but then are revealed as leftist liberals”.

Others are “ashamed of their views on the nation”, and a third group are “raving haters of the nation”, he added. 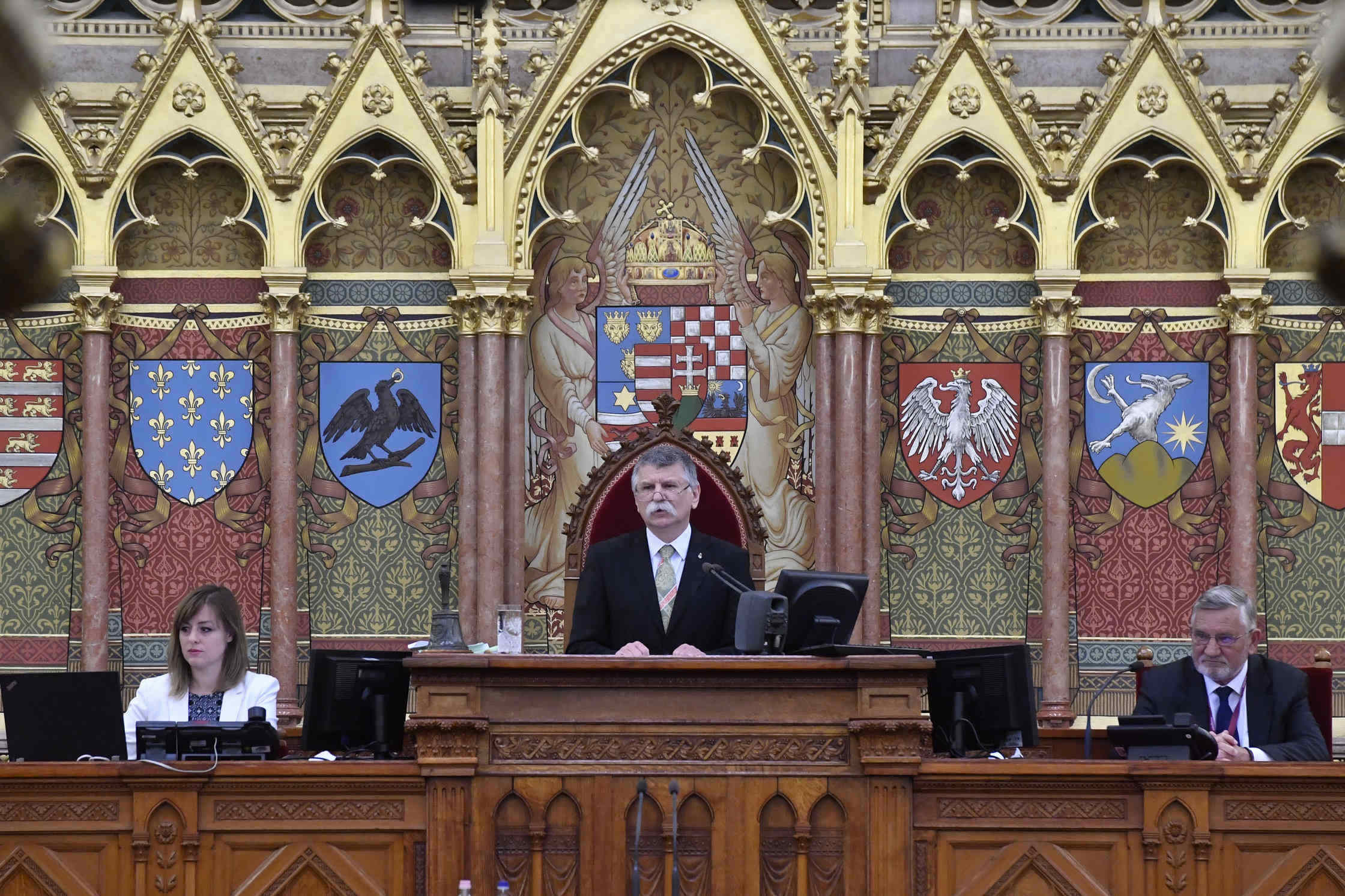