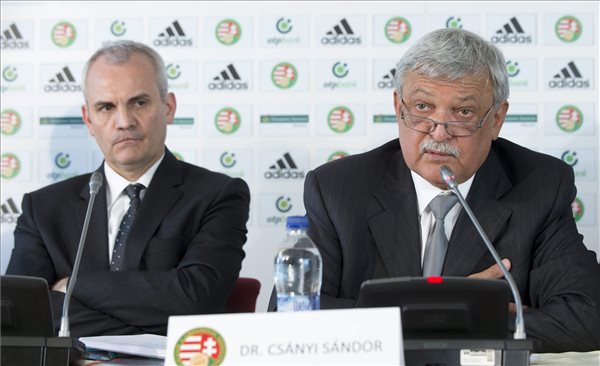 The Hungarian Football Federation has denied the licence of Gyõri ETO, Lombard Pápa, Nyíregyháza Spartacus FC, and Kecskeméti TE for the next season, meaning that they could not compete in Hungary’s first-division football championship (NB1), Sándor Csányi, chairman of the Hungarian Football Federation (MLSZ) said at a press conference on Wednesday, idex.hu reported.

The clubs concerned still have the possibility to lodge an appeal against the MLSZ decision, but even if they do initiate the procedure, it is likely that there will be clubs among them which would not be allowed to compete in the top flight.

The reason for barring Gyõri ETO from competing in the first league next year is that the club has an estimated HUF 150 million public debt, mainly due to the collapse of brokerage firm Quaestor, the club’s main shareholder, thus failing to fulfil the financial conditions required for getting the licence. The owners of both Gyõri ETO and Lombard Pápa are in custody, so it is almost impossible for the two clubs to meet the requirements for the licence which would allow them to compete in the top flight.

Csányi clarified that they deny the licence requests partly because the football federation must comply with the UEFA regulations, but the stricter rules and requirements will also make it possible for the MLSZ to reduce the number of clubs playing in the first-league from 16 to 12. According to the chairman, the time has now become adequate to implement such measures that will reduce the number of first-league clubs to 12 by the beginning of the 2017-18 season.

Csányi also emphasized that the clubs might expect more severe checks and harsher penalties, and that one of their main goal with these restrictions was to increase the number of domestic players on the pitch from the next season.

based on the article of index.hu
translated by Gábor Hajnal