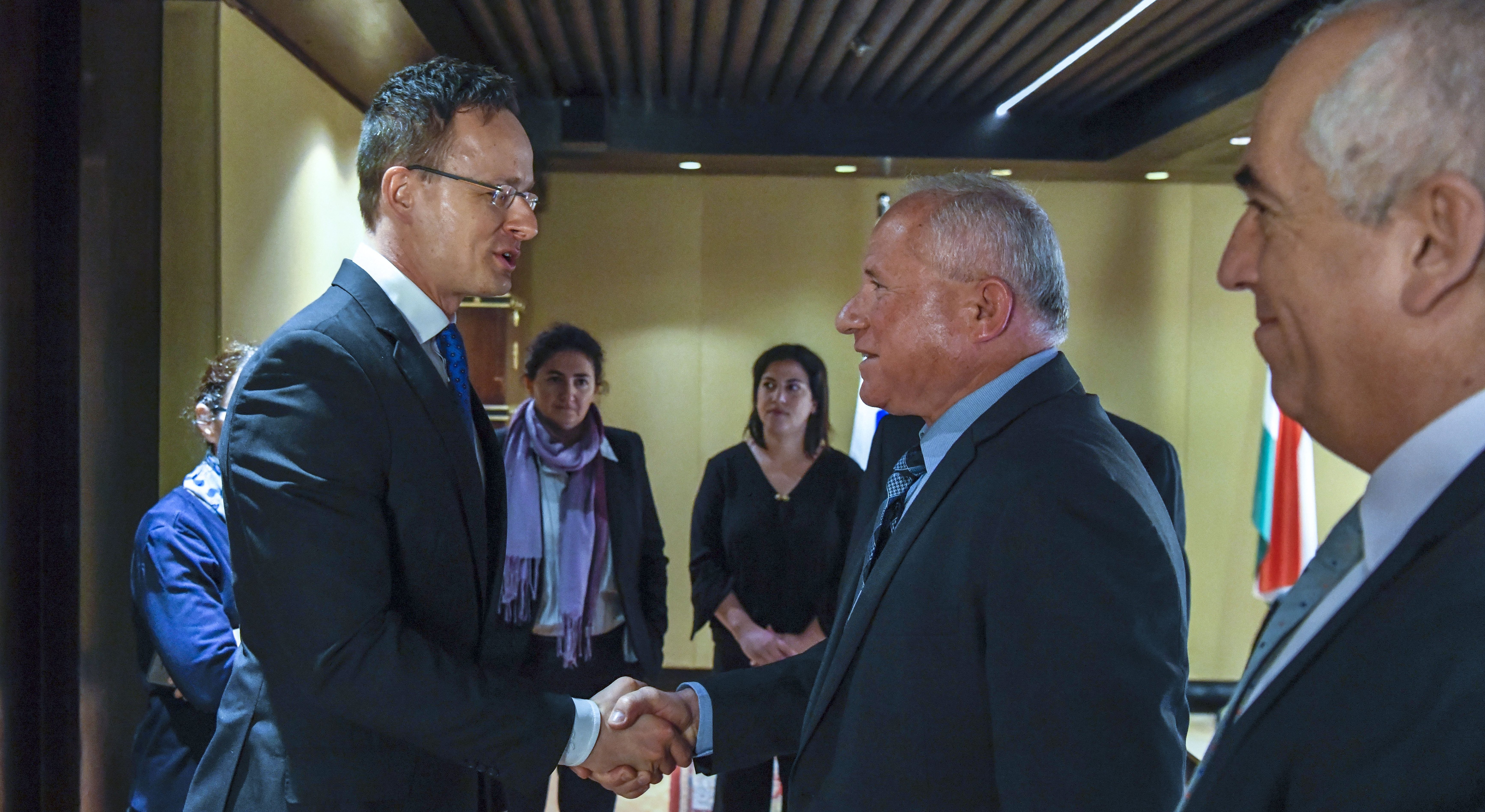 Hungary and Israel are close allies in security and economic affairs and they cooperate in international forums, too, Hungarian Foreign Minister Péter Szijjártó told public media on Tuesday, after meeting Israeli officials in Jerusalem.

As a member of a delegation led by Prime Minister Viktor Orbán, Szijjártó met Avi Dichter, head of the Knesset’s foreign affairs and defence committee and Yuval Rotem, the director general of the ministry of foreign affairs.

Hungary’s stance, which it “expresses frequently and unequivocally”, is that international organisations often take a “downright unfair and biased approach to Israel”, the minister said.

Hungary has always stood by a balanced and fair approach to the country, he added.

Referring to the Middle East peace process, he said “economic and trade restrictions should not be mixed up with the creation of peace,” since the two had nothing to do with each other.

“We reject this as a matter of principle,” Szijjártó said, referring to restrictions, bans and blockades of products from Israeli settlements, “because this won’t get anywhere”.

“In spite of European Commission recommendations, Hungary will not apply the method of labelling,” he said, referring to labels that show in which particular territory a product has been made. He added that it was “obvious” that the EU’s aim was to reduce the amount of trade in such products.

Szijjártó said that such businesses also employed Palestinians, and if the firms were to go bankrupt, then Palestinians would lose their jobs.

Hungary also objects to the United Nations publishing a list of businesses operating in settlements, because doing so had a similar effect.

The fallout of such measures could easily lead to disillusioned people who have lost their jobs turning to terrorism, he added.

Meanwhile, he said Israel and Hungary had “fought side by side” against the UN’s global migration compact. He said this was an important achievement from a security standpoint. Migration to Europe from the south is often stopped at the Israeli border, he added.

Regarding economic cooperation, Szijjártó noted that bilateral trade exceeded 500 million dollars in 2018 and that cooperation is thriving in the field of innovative automotive industry products.

Some of the most cutting-edge technologies for self-driving cars have been rolled out in Israel first, he said, adding that the two countries cooperate closely in that sector.

The Hungarian government is working extensively to entice European and American companies to bring the research and implementation of those technologies to Hungary, he said.

In the food processing sector, Hungary boasts the largest kosher abattoir in Europe, which was built with a 540 million forint (EUR 1.7m) grant and a 2 billion forint credit line from Hungary’s Eximbank, he said.

Hungary will assist Israel in a search for the remains of Holocaust victims in the Danube river, read details HERE.