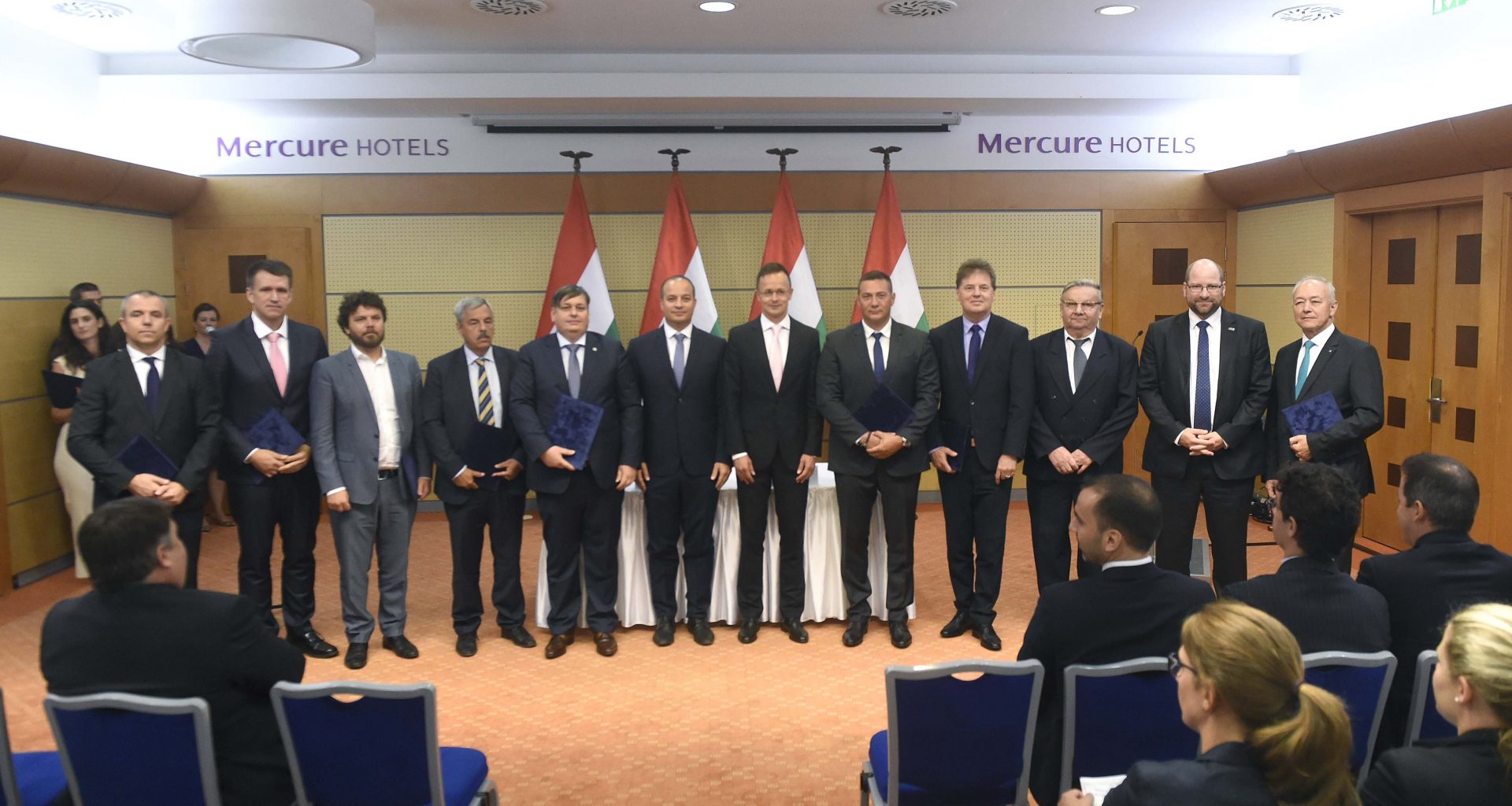 The government has included another ten companies as key partners in a programme aimed at promoting Hungarian exports, Foreign Minister Péter Szijjártó said on Monday, at a ceremony in which cooperation agreements were signed with the new partners.

Szijjártó said that the 19 participants in the programme, including new entrants, had exported goods worth a combined 213 billion forints (EUR 657m) last year, up by 8 percent from 2017.

Szijjártó said that Hungary’s economic output had increased by 5.3 percent in the first quarter of this year compared to the same period in 2018, supported by a 6.4 percent export growth. Hungary is the world’s 92nd country in terms of its population, and the 34th largest exporter, he added.

He added that Eximbank had a crucial role in those efforts; the bank has 1,604 clients and has granted loans totalling an annual 300 billion forints for five years in a row.

The government has also adopted a strategy to help Hungarian companies make investments in other countries so that their profits made abroad could be used for funding development projects at home, Szijjártó said. He added that the government has set aside 10 billion forints for the first phase of the programme, and will soon put out the first bid.

the Hungarian government had signed its first tied aid loan agreement in Africa, with Cape Verde, worth 50 million dollars.

Similar agreements have been concluded in 10 other countries, facilitating Hungarian investments worth a combined 356 billion forints, he added.

30,000 Hungarian students to get government support for summer jobs