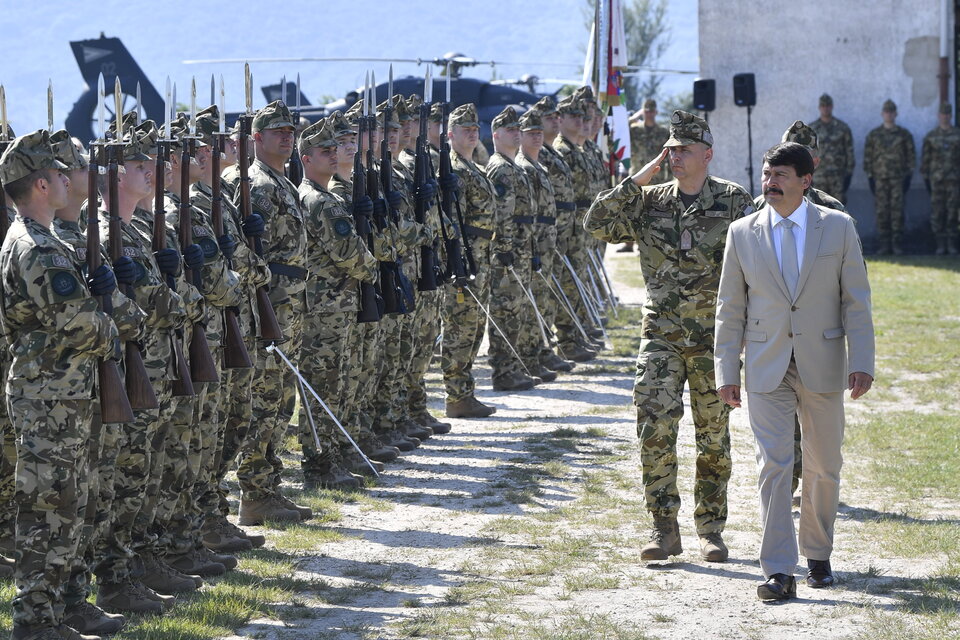 The Hungarian military is committed to carrying out its duties as an ally within the European Union and NATO, army chief Romulusz Ruszin-Szendi said after meeting General Claudio Graziano, Chairman of the EU Military Committee (CEUMC), in Budapest on Thursday.

The meeting was held to discuss the EU’s military activities and topical issues, challenges and tasks in connection with the Hungarian armed forces, Ruszin-Szendi told a joint press conference after the event. He briefed Graziano about the Hungarian army’s organisational structure and Hungary’s comprehensive military development programme, as well as Hungary’s participation in EU military missions. Ruszin-Szendi also briefed the General on migration and pandemic defence-related military tasks and joint issues with NATO and the EU.

Those include the 169-strong mission in Bosnia and Herzegovina in the Western Balkans, the 20-strong contingent providing consulting and training duties in Mali, and Hungarian soldiers serving in Georgia and in the Mediterranean on migration-related missions, he said. From the autumn, Hungary will join the EU’s rapid reaction force.

Graziano told the press conference that in the context of the coronavirus pandemic, the military situation had deteriorated, and

he expressed concern over a worsening security situation after the pandemic.

“This is why the EU needs to enhance its defence initiatives,” he said.

The General noted the active involvement of the EU’s and Hungary’s military force in pandemic defence, and he thanked the Hungarian armed forces for its steady high-quality performance of tasks in the EU’s common security policy missions.