Ankara (MTI) – The Hungarian and Turkish presidents called for an expansion bilateral trade at a press conference after talks in Ankara on Thursday.

Janos Ader of Hungary and Recep Tayyip Erdogan of Turkey expressed agreement that all the conditions are in place for raising turnover from the current 2 billion dollars a year to 5 billion dollars. 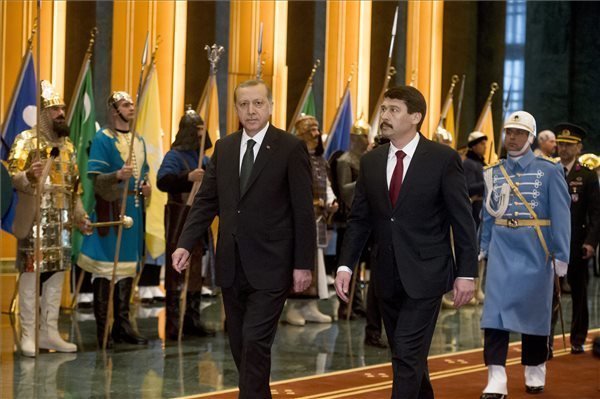 Ader is heading a Hungarian delegation in Turkey for an official four-day visit.

In a statement following the meeting, Ader expressed hope that neither bureaucratic obstacles nor political machinations would endanger the planned construction of a gas pipeline from Turkey. The intentions of both sides are clear, he said. Diversification is not something that should be talked about but rather supported by action, he added.

Erdogan said that Turkey is the second most efficient country in the world when it comes to the construction industry. He expressed hope that Turkish construction companies would be involved in motorway building projects in Hungary which draw on European Union support in the period through to 2020.

EU expansion and the issue of refugees were also topics of discussion between the two heads of state. Erdogan expressed thanks for Hungary’s long-standing commitment to supporting Turkey’s European aspirations, adding that Turkey continued to be committed in this area. Ader noted that Turkey is, in a sense, already part of the EU given 40-60 percent of its exports are destined for the EU. 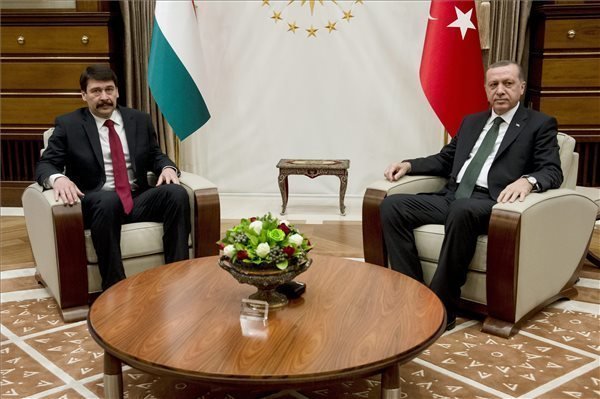 Erdogan noted that there are around two million Syrian and Iraqi refugees in Turkey, so far costing the country around 5.5 billion US dollars. In spite of this, Turkey is keeping its borders open to its neighbours, he said.

Ader said that within the next few months, Hungarian water experts would be installing mobile water-treatment facilities in these refugee camps. He said he hoped that Hungarian professionals in this area would serve as an excellent reference point in terms of further investments.

The Hungarian president is scheduled to travel on to Istanbul on the final leg of his visit.