Hungarian university found that coffee can be beneficial for health

Budapest drink food health higher education Hungary innovation research United Kingdom
Light-to-moderate coffee consumption is associated with health-benefits – a study by the Budapest Semmelweis University and  Queen Mary University of London has shown. Up to three cups of coffee a day have a protective effect on heart health. It also reduces the overall mortality rate and the risk of stroke. The results have recently been published in the European Journal of Preventative Cardiology.

The researchers analysed data from 468,629 UK Biobank participants, who didn’t have any record of heart disease at the start of the research period. The participants were asked about their coffee-drinking habits and lifestyle (e.g. smoking, physical exercise) in a detailed questionnaire and data was also gathered on their individual cardiovascular risk factors such as high blood pressure, diabetes, and cholesterol level. 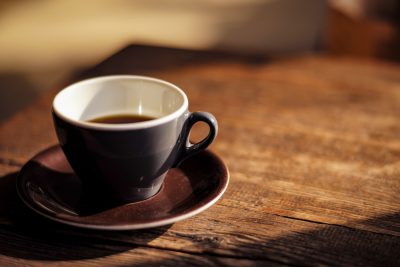 The participants were divided into three groups: non-coffee drinkers (zero cup of coffee/day; 22.1%), light-to-moderate coffee-drinkers (0.5-3 cups/day; 58.4%) and those who consumed a significant amount of coffee a day (more than 3 cups/day; 19.5%). The researchers also used MRI scans (30,650 individuals) to gain a better understanding of how coffee-drinking habits affect the anatomy and functioning of the heart over time. The follow-up period was 11 years. 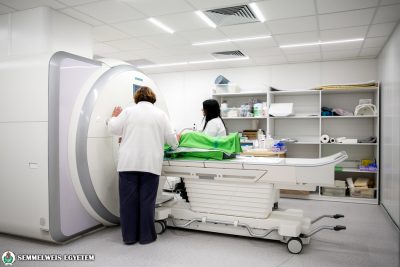 Dr. Pál Maurovich-Horvat, the Director of the Medical Imaging Centre at the Semmelweis University, who supervised the study said: “Using the MRI scans we were able to analyse the effect of regular coffee intake on the structure and function of the heart. We found that regular light-to-moderate coffee consumption is beneficial for the health of the heart, with suggestion that it can slow down age-related cardiac changes”.

Professor Steffen Petersen of the William Harvey Research Institute at Queen Mary University of London, a key collaborator of the study added: “The large sample size, linked health data, and detailed heart MRI scans available in the UK Biobank offered a strong base to address this research question. According to the results, light-to-moderate coffee consumption is not damaging from a cardiovascular point of view, and it could be beneficial. As far as we know, this has been the largest study to date which focused on the effect of coffee on cardiovascular health”.

It also emerged from the study that the type of coffee also matters in relation to health benefits.

“Most of the participants drank either ground or instant coffee. The ground coffee in moderate amounts was associated with lower mortality risk – but this benefit was not found amongst the regular instant coffee drinkers. The reason behind this may relate to the different production process of the ground and instant forms as they contain different additives” – said co-author Dr. Zahra Raisi-Estabragh, NIHR Clinical Lecturer at Queen Mary University of London.

“The research also found that even decaffeinated coffee was associated with lower all-cause mortality risk which also suggests that it’s not only the caffeine which plays a role in the positive effects of coffee, but this will need further research” – said Dr. Judit Simon of Semmelweis University.

It’s also important to highlight that even for those who were heavy coffee-drinkers (more than 3 cups/day), we did not find evidence of negative cardiovascular consequences

– added Dr. Maurovich-Horvat. “However, there were no positive health benefits observed in this group – as in the group of the light-to-moderate drinkers.”

“Coffee is one of the most consumed beverages in the world, however its cardiovascular effects are not well-known, and some previous studies have shown contradictory results. This latest analysis of the UK Biobank data is a valuable contribution to existing research in this field providing a comprehensive evaluation of the relationship between coffee consumption and several aspects of cardiovascular health” – added Professor Petersen.