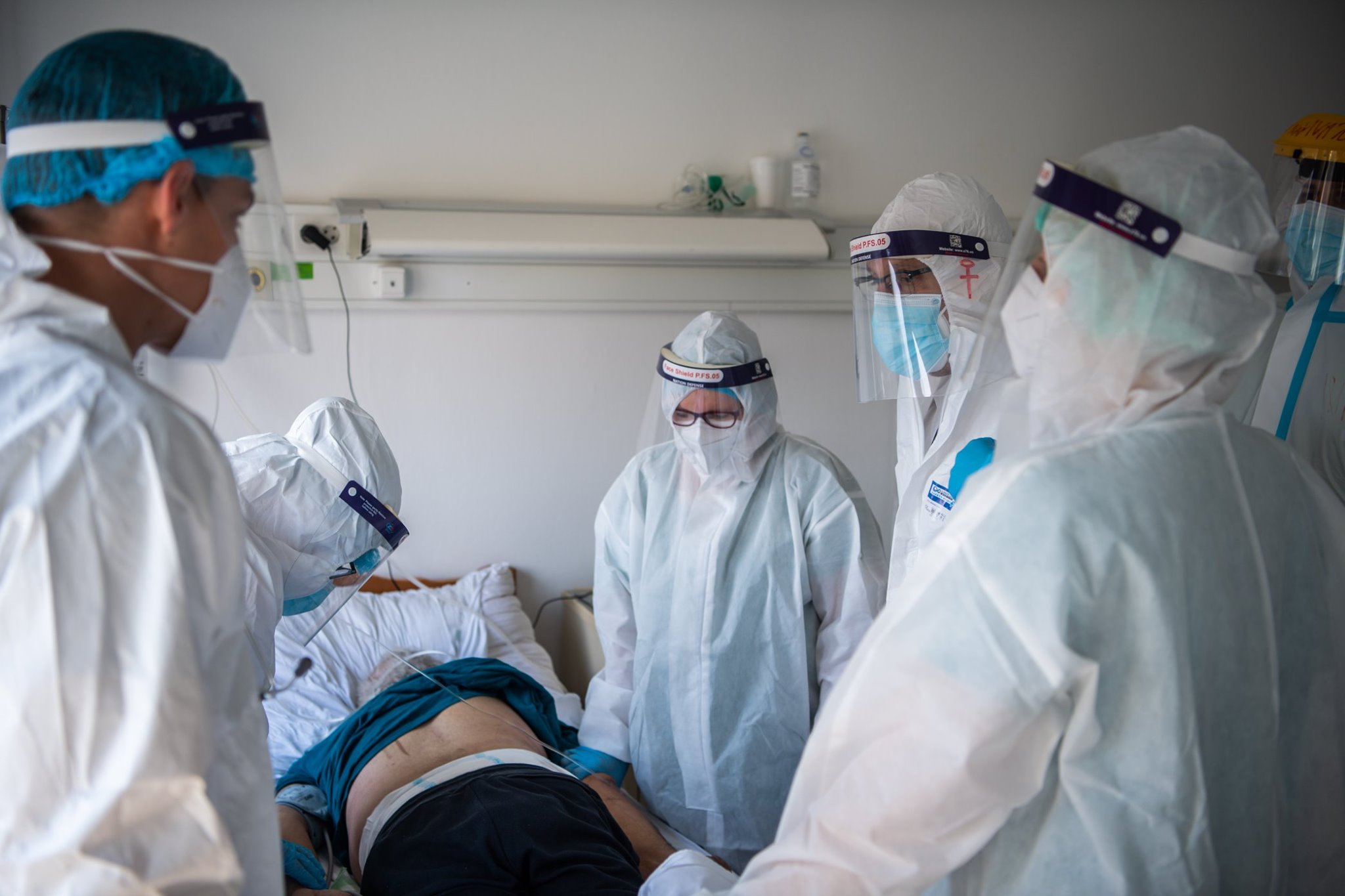 Hungary’s hospitals are under “extraordinary” pressure from rising coronavirus infections, its surgeon general said on Wednesday, as the country became a hotspot in the third wave of a pandemic that has hit Central Europe especially hard.

Like much of the region, Hungary managed to curb infections during the initial phase of the pandemic in March-April last year with fast and strict lockdown measures.

However, a new wave of infections that has swept through the region in 2021 has seen Hungary this week overtake the Czech Republic as the country with the world’s highest daily COVID-19 deaths per capita, according to figures from Our World in Data.

Experts have put this down to the spread of the much more contagious virus variant first found in Britain, which accounts for most reported cases now and infects entire families.

The region is also host to many large factories where remote work has not been possible and, this time round, governments have been reluctant to quickly impose a lockdown, fearing another blow to their economies after last year’s recession.

While new infections in the Czech Republic and Slovakia have started to decline, Poland reported a record number of new cases just shy of 30,000 and the government mulled sending patients to different regions to help hospitals cope.

It ordered theatres, shopping malls, hotels and cinemas to close last week as infections rose, but more restrictions loom ahead of the Easter holidays, typically marked by packed church services in the deeply Catholic country.

In Hungary, a country with a population of nearly 10 million, a total of 18,952 people have died of coronavirus.

“I am asking you to do everything possible to avoid getting infected and avoid having to go to the hospital as hospitals are struggling under an extraordinary burden,” Surgeon General Cecília Müller told a briefing.

Muller said about 500 volunteers – health students and skilled healthcare staff – have gone to help at hospitals after a plea went out from the government this week.

On Wednesday, Tamas Sved, secretary of the Hungarian Medical Chamber, told website hvg.hu that if new infections are not curbed via reduced social contact, Hungary could become the new byword for the worst of the crisis.

“Without this, we could reach the point that in Europe it will be a bigger Hungarian city and no longer Bergamo (in Italy) that is cited as a tragic example,” he said.

Hungary, which leads the EU for vaccine imports and per capita vaccination rates according to data from the European Centre for Disease Prevention and Control, has administered at least one vaccine dose to 1.7 million people. But it is still not enough.

“For some reason most of eastern Europe has failed in the fight against the pandemic,” said sociologist Daniel Prokop, who has been tracking Czechs’ behaviour through the pandemic.

He said in an article this week that on-site work is more common in Central Europe due to the number of factories – including large car makers – located here. This has led to rising infections.

Lower incomes also mean more people are forced to work even if that means exposing themselves or others to contagion, he said. Governments in the region pay less for sick leave than in western Europe.

After hospitalisations hit critical levels, the Czech Republic introduced a harsher lockdown on March 1 and implemented widespread testing at work places. It has since seen some improvement in case numbers.

Czech Prime Mister Andrej Babis admitted mistakes after criticism the government was slow to introduce restrictions in the autumn when numbers soared previously.

In Hungary, however, Prime Minister Orban is already discussing with business options for cautiously reopening shops, even as cases rise. The government will decide on measures for Easter soon. All schools are in remote learning until April 7.

Earlier this month, about 4,000 medical workers quit the public health system over reforms begun by Prime Minister Viktor Orbán’s government, aggravating a years-long shortage of medical staff during the third wave of the pandemic, details here. 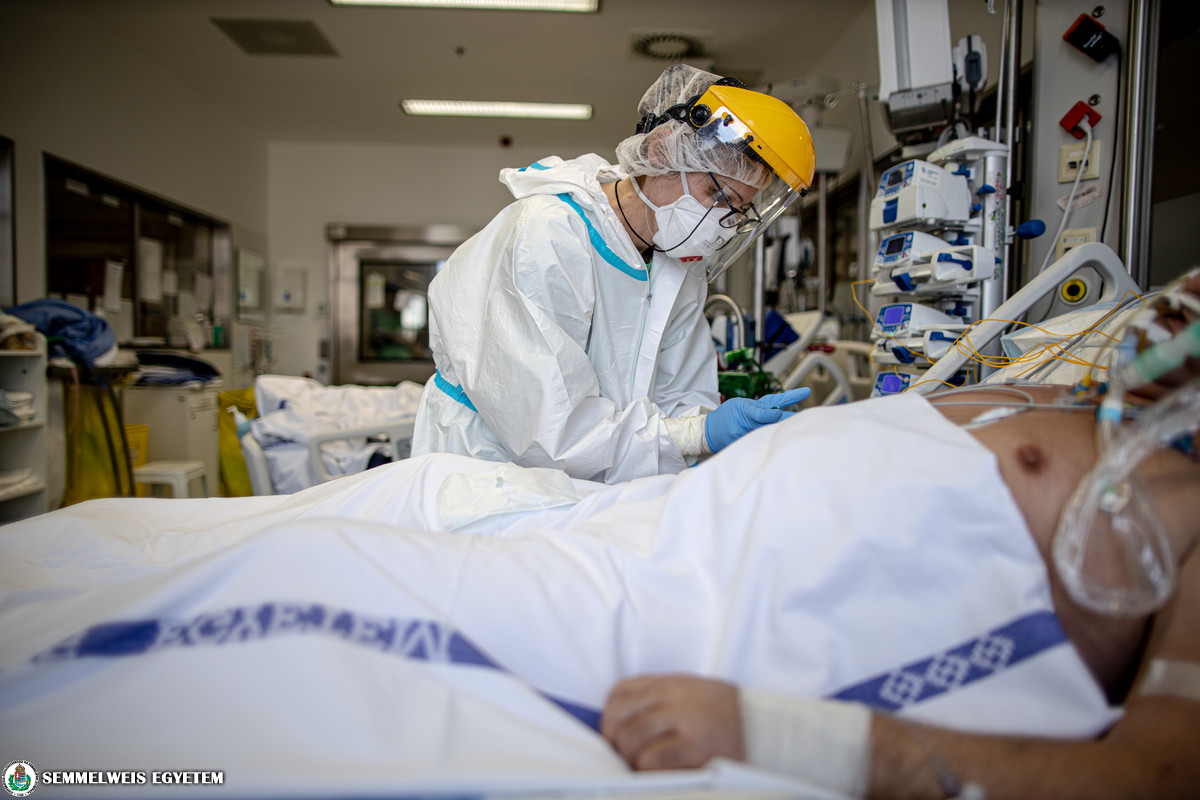