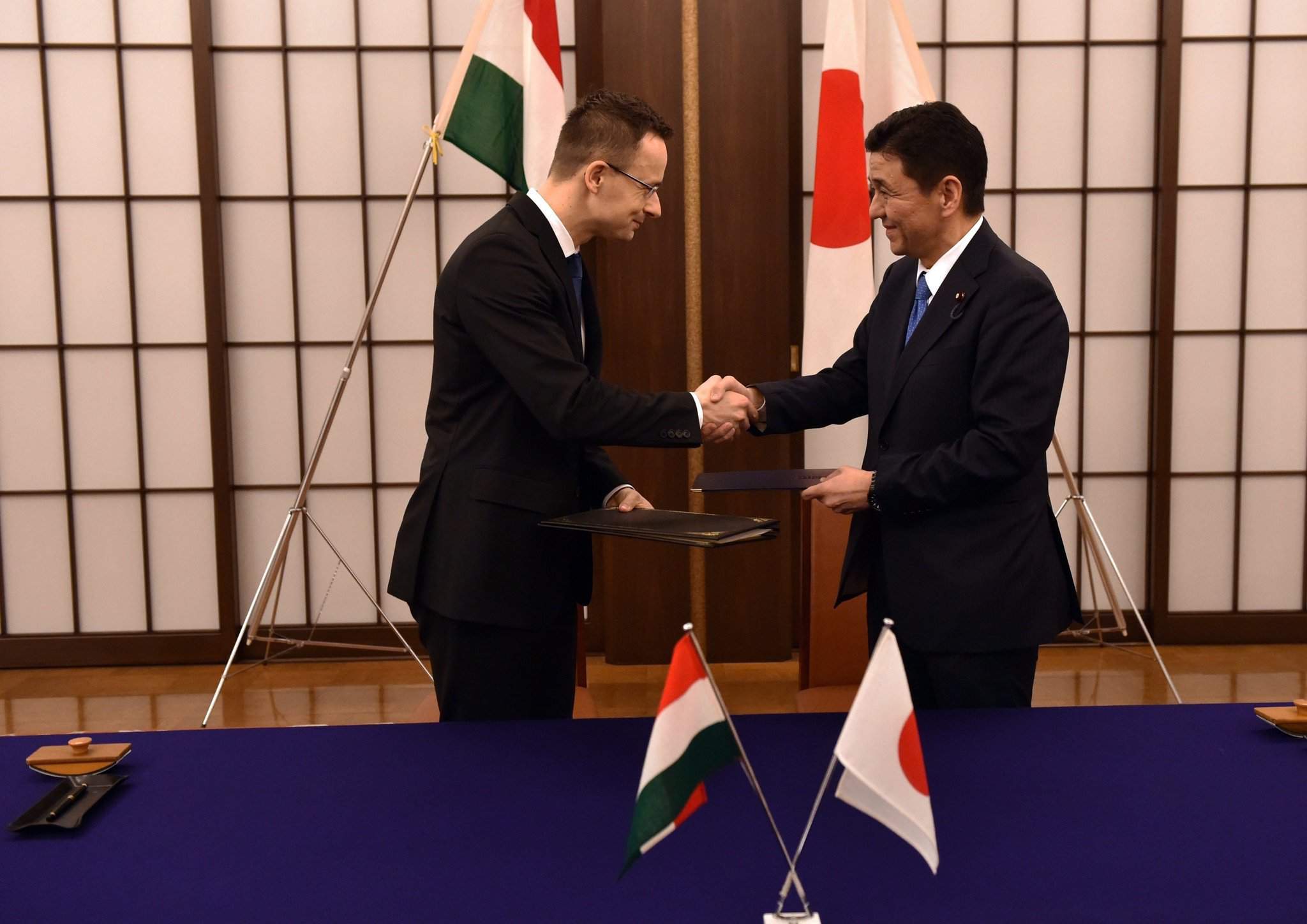 Among the agreements, Szijjártó highlighted one on launching the export of wild boar meat.

The minister also met officials from Japan Auto Parts Industries, the chief executive of Suzuki, as well as representatives from Toyota and Bridgestone. He said that Tuesday’s talks would result in new investments arriving in Hungary, adding that the deals would be inked at a later point in time.