Kuwait City, April 19 (MTI) – Hungarian companies now have “an exceptional opportunity” to participate in economic development projects in Kuwait, Péter Szijjártó, the Hungarian foreign minister, told MTI by phone on the sidelines of talks on Wednesday.

Szijjártó noted Kuwait’s friendly approach to Hungary and its support for Hungarian companies because “Budapest firmly condemned Iraq when it occupied Kuwait in 1990 and because Hungary contributed to Kuwait’s reconstruction after the first Gulf War”.

The minister said the “New Kuwait” economic programme would facilitate a number of major projects, adding that Hungary’s Eximbank is to provide loans totalling 510 million euros to help Hungarian firms with their Kuwait ventures.

He highlighted prospects for Hungarian businesses in further developing cooperation in the areas of cyber security, water management, health care and the oil industry.

Szijjártó noted a continued expansion of cooperation in tourism helped in parts by the visa centre Hungary opened in Kuwait City last year. The number of visa applications submitted there in 2016 went up by 18 percent compared to the previous year, Szijjártó said, adding that Hungary supported the initiative that the EU should conclude a visa waiver agreement with Kuwait.

Hungary and Kuwait fight together against terrorism as partners in the same international coalition combatting the Islamic State jihadist organisation, he said.

Concerning education, Szijjártó said that 20 Kuwaiti scholars would begin their studies at Hungarian universities in September, adding that the Kuwaiti government has agreed to recognise degrees granted by the Budapest ELTE university as well as the universities of Szeged and Debrecen.

Szijjártó held talks with Sabah IV Ahmad Al-Jaber Al-Sabah, the 15th Ruler and 5th Emir of Kuwait, Sheikh Jaber Al-Mubarak Al-Hamad Al-Sabah, the prime minister of Kuwait, the education minister, the board of the Kuwaiti chamber of commerce and the leaders of some 40 local companies. 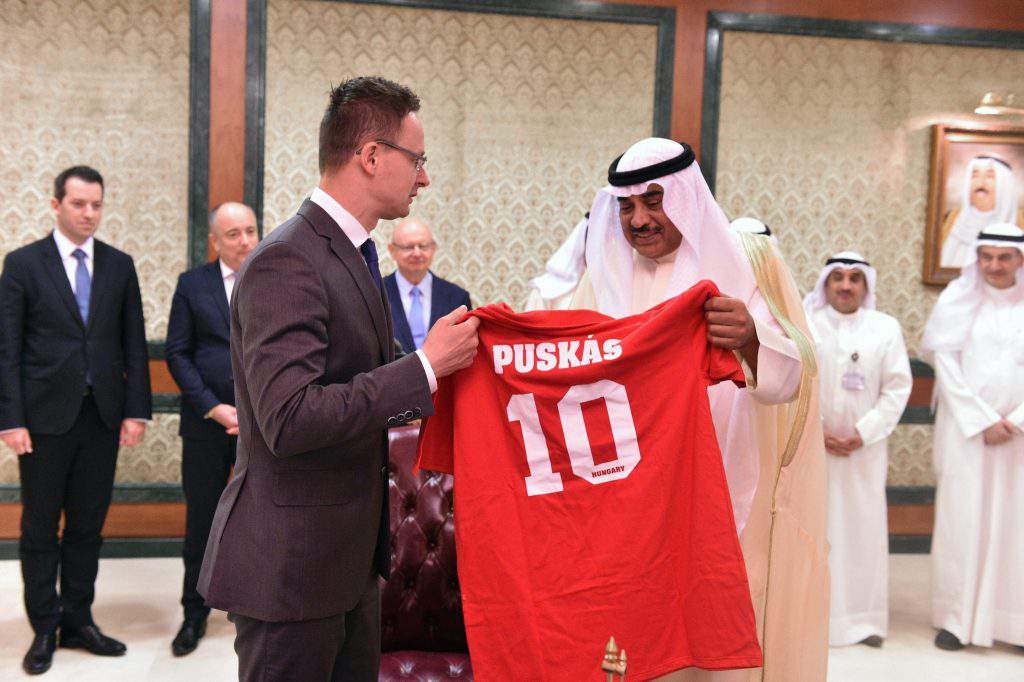