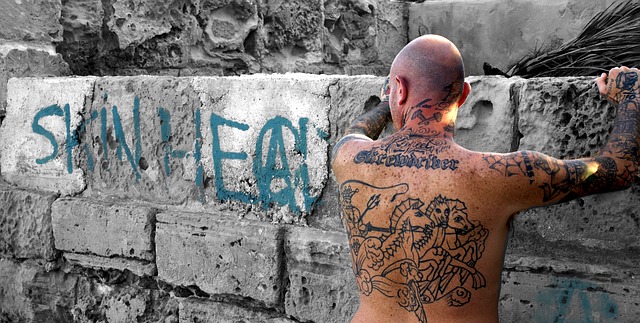 Last year, the owner of the house hung up an SS symbol.

Three police cars arrived at a family house in Leányfalu, a small village near Budapest. It is located in the most popular part of the village, the Danube Promenade. The cars arrived because the owners of the real estate were reported to the police since they hung a huge Hitler portrait out the window.

On the portrait, one of the most infamous slogans of the Nazi regime could be read: “Ein Volk, ein Reich, ein Führer!” (One people, one realm, one leader!)

444.hu wrote multiple articles about the house one year earlier. That is because the owners put up an SS-banner last year. Two eye-witnesses called the police then, but the officers did not start a procedure because they accepted the explanation of the owners: they only

celebrated the 44th birthday of one of their friends.

The man they celebrated had a job related to electricity, that is why they made a flag emblazoned with the symbol of lightning, they explained at the time. When the officers drew their attention to the resemblance to the symbol of SS, they took that down. Therefore, no charges were raised against the perpetrators, szombat.org writes.

Interestingly, after 444.hu wrote about the issue, the police started an investigation but finished it because of lack of crime. The police said that the SS symbol was only the number 44.

According to 444.hu, one of the passers-by could talk with one of the owners and said that he knew it was an SS symbol and that he is a Jew and its sight disturbs him.

One of the owners replied that they are Nazis and that the complainant’s train was departing.

Yesterday, they hung up a Hitler portrait, and 444.hu sent their questions to the national police headquarters. If they answer, 444.hu will update their article.