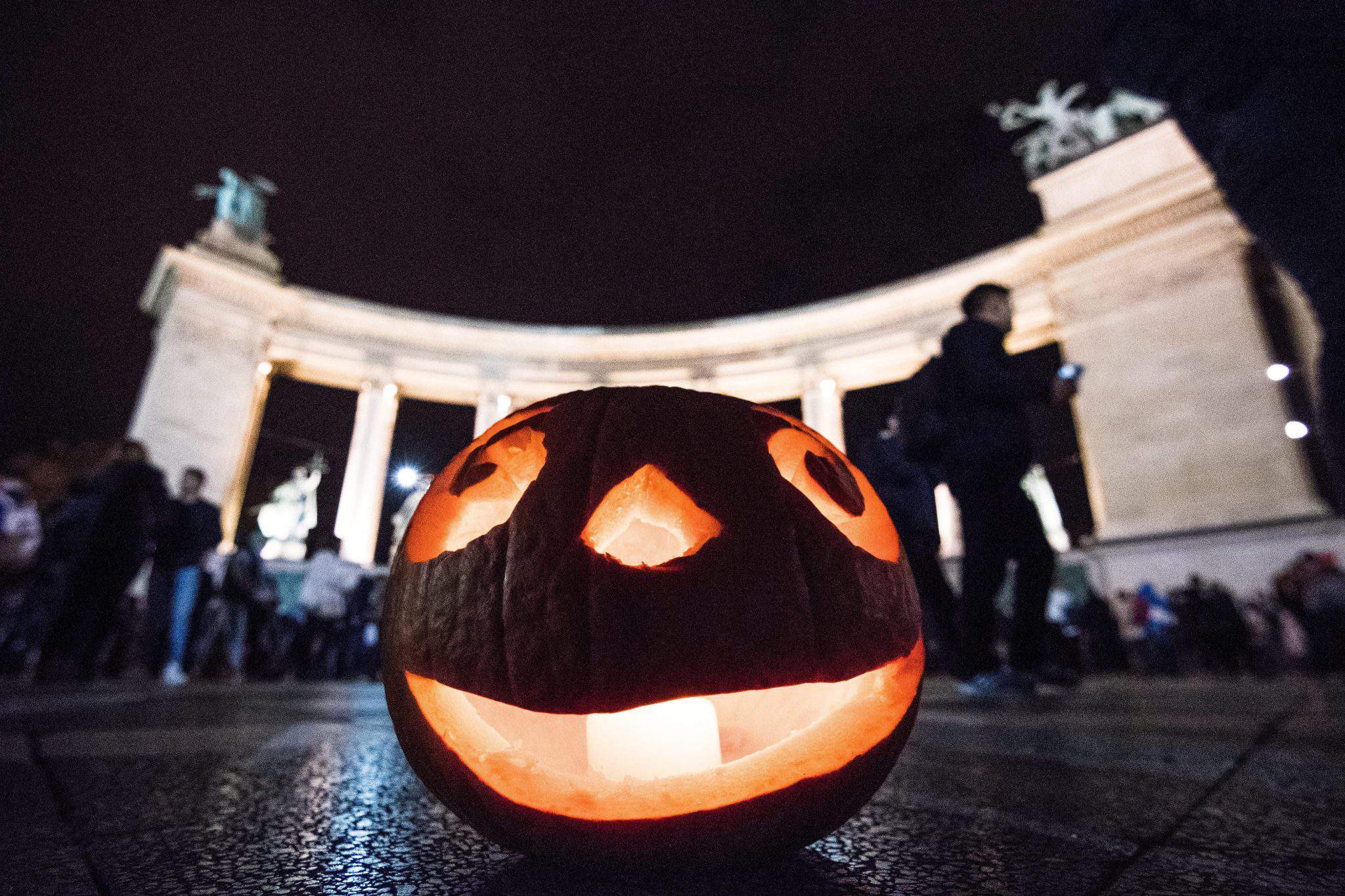 Edenkert.hu reports that the celebration of Halloween in the Anglo-Saxon way is becoming more and more widespread in Hungary as well. But where does this tradition come from and what does it mean exactly? Let’s check out some of the facts and misconceptions.

The English word Halloween means the night before All Hallows day. It is believed that Halloween traditions originate from ancient Celtic traditions in Ireland and Scotland where the local tribes celebrated Samhain, the festival that marks the end of the harvest season and the beginning of winter. According to their belief, this is the day when the soul of the guilty, who died in the previous year and lived in animal bodies, get back to Earth. By offering appropriate sacrificies, an atonement can be achieved for these souls to tranfer into Heaven.

Based on the enduring belief,

it is on the last day of October that the borderline between the living and the dead is the thinnest.

The dead souls attempt to get back to the world. Even the Gaelic people realised this and tried to protect themselves by blowing out the fire in the fireplace in order not to attract the visitor ghosts. Furthermore, people also disguised in dreadful costumes to mislead the Evil and chase it away easily.

In America, kids go from house-to-house to play trick-or-treat by wearing costumes and asking for some sweets or they perform mischief on the homeowners. With the expansion of Christianism, this pagan tradition did not sink into oblivion, and while it originally existed only in Anglo-Saxon territories, it started to conquer the whole world.

How is Halloween celebrated in Budapest?

It is becoming more and more common, mostly among Hungarian families to take part in Halloween celebrations. Several programmes awaited the small and bigger ones in Budapest on 28 October. One of them was in Street Ráday next to Kálvin Square where

The participating caterers displayed a carved pumpkin in front of their entrance or onto the window panes to indicate that they welcome the kids inside with some candies. While the kids wandered from place to place, the adults awaited them outside with mulled wine as the Rombusz Terrace in Street Ráday advertised discounts for this special occasion. Several Hungarian families participated in the event, but some foreign families living in Budapest also joined the festival. 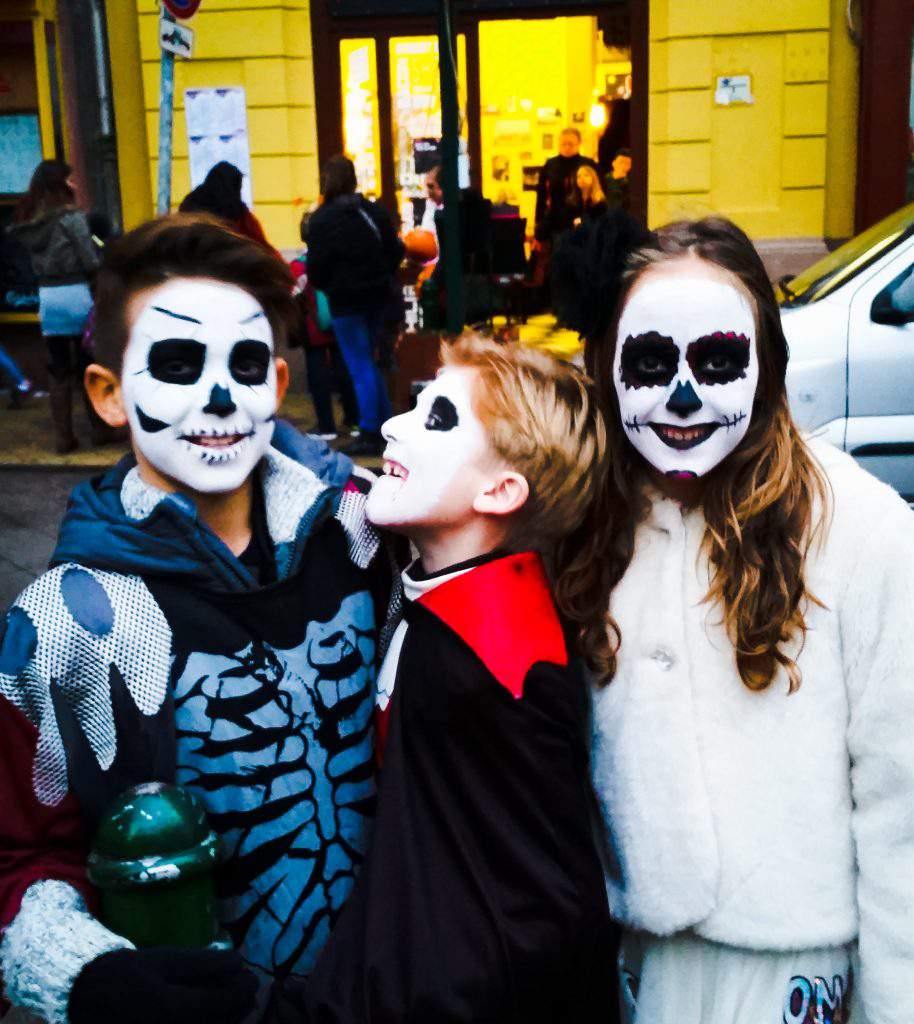 If families had wandered through all the opened restaurants, they could still jump on a tram or metro and get to Heroes Square where they organised the Charity Pumpkin Festival. The organisers asked the participants to take their own carved pumpkin at the meeting starting from 19:00. Despite the windy weather, quite a big crowd of people gathered at Heroes Square.

The aim of the occasion was to donate cans or non-perishable food that they later transport to the Child Nutrition Foundation in Budapest.

Beside the all-time favourite scary pumpkins, people placed their galaxy-like and Hello Kitty-like carvings around the statue, too. 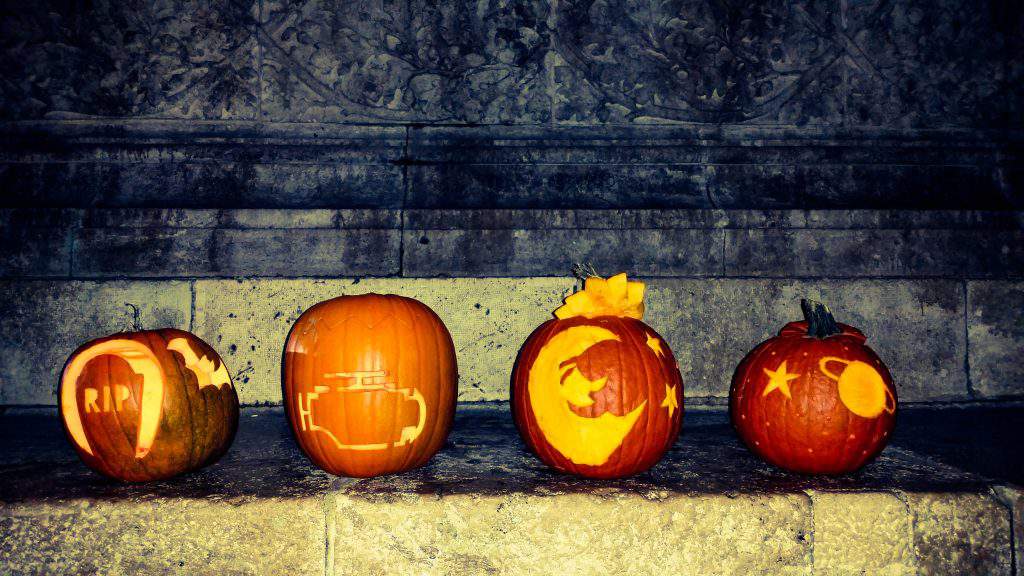 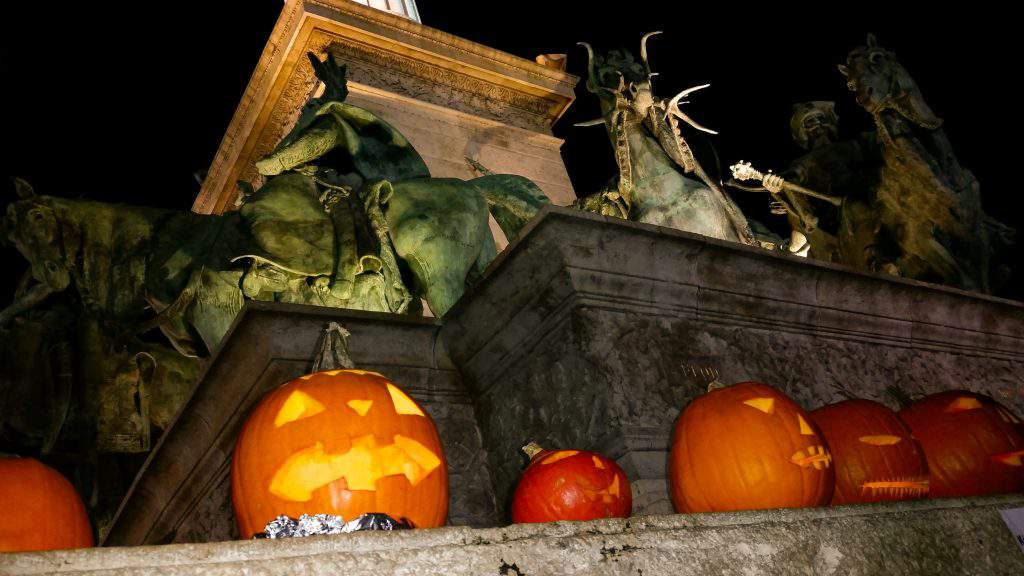 Donations collected for those in need /facebook.hu/ 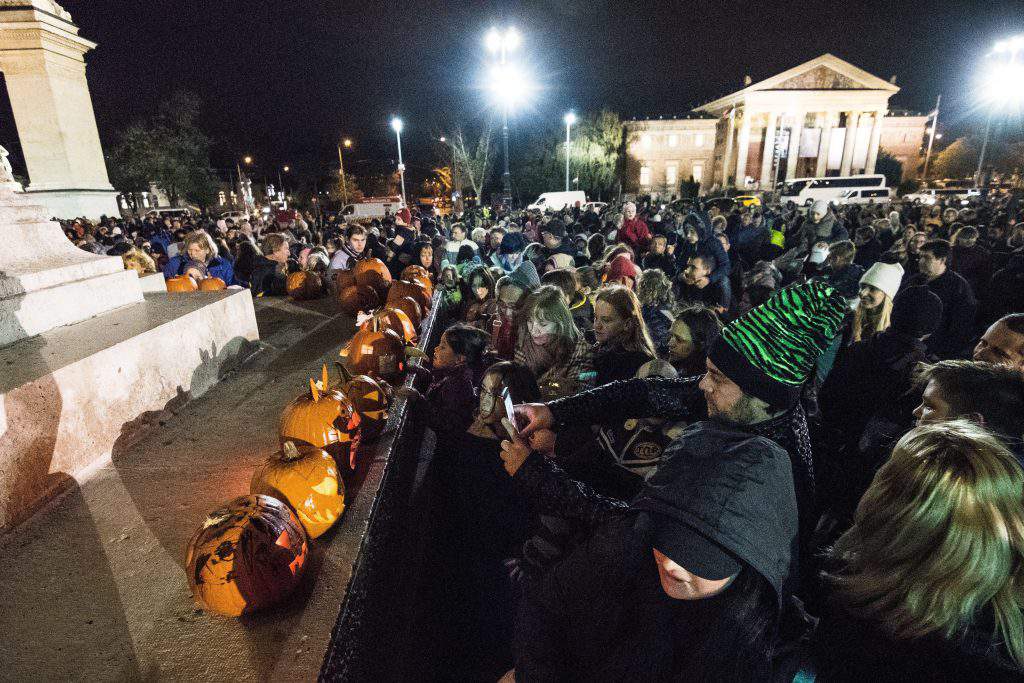 What do we celebrate exactly and when?

Although it is undeniable that the Anglo-Saxon tradition of Halloween is conquering Hungary as well, it is still mostly All Souls’ Day that we celebrate by going to the cemeteries to light some candles for the memory of the deceased relatives. For the commemoration of the deceased, the bells of churches also ring to calm down the spirits of the dead and alleviate their sufferings.