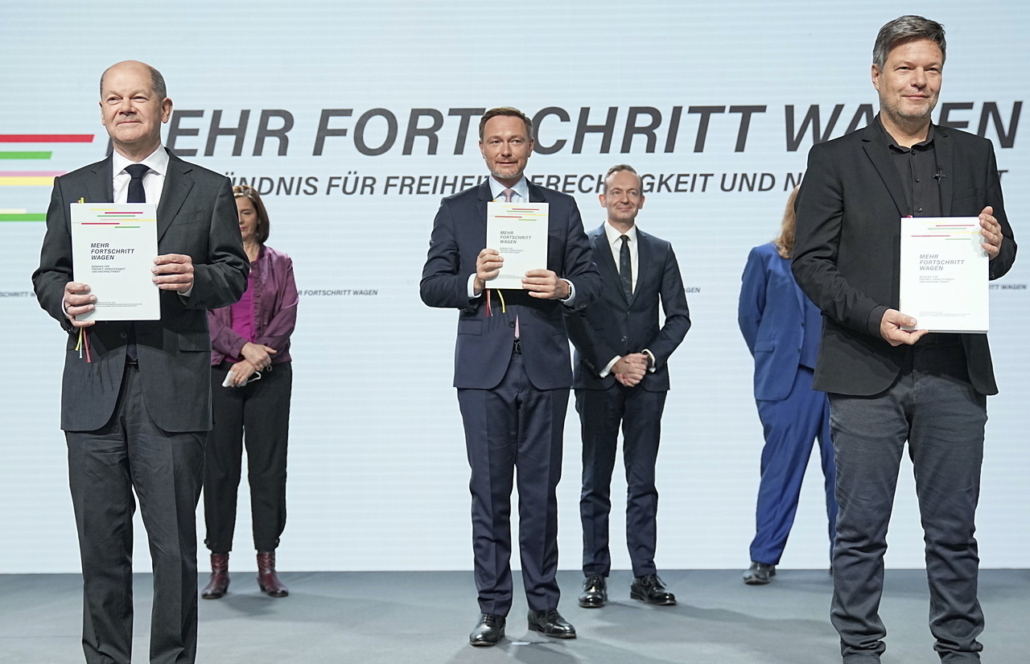 The race of Germany’s political parties showed quite a few twists and turns over the months before the election. Angela Merkel’s succession proved to be too much of a challenge for the Union parties, while the Greens’ growing popularity, albeit for a brief period, appeared to be enough for them to win the election. Despite their drawn-out crisis however, the Social Democrats managed to nominate a candidate, i.e., Olaf Scholz, who was able to attract two distinct voter groups: those who wanted Merkelian continuity as well as those who preferred the necessary changes.

As far as Germany’s last year was concerned, there was only one thing we could be fairly certain of: Germany reached the end of the Merkelian era. The country’s new direction was not quite clear even after all the results came in: SPD’s victory was far from a landslide, while CDU/CSU’s defeat was far from devastating. As soon as the idea of the two big parties’ broad coalition was ruled out, the road seemed to open for a so-called traffic-light coalition, consisting of SPD, the Greens and FDP, to govern Germany.

As to how such a diverse government is going to manage Europe’s economic powerhouse, that’s still the music of the future.

On the other hand, there is some reason for optimism, since Olaf Scholz was able to subvert all pessimistic expectations and bring together a multi-party coalition agreement in record time by offering an acceptable compromise for everyone.

Compromises will likely be needed in the future, too, along with the tight control and strict discipline that characterizes the new chancellor according to the people who know him: it will be hard to coordinate the Free Democrats’ market liberalism with the Socialists’ leftist ideas and the Greens’ often radical-leaning climate policy. We can already see the potential conflicts among the coalition partners: while Social Democrats have insisted on increasing the minimum wage and taxing the super-rich, FDP’s pro-market business owner supporters will probably find these policies hard to swallow, and they are not likely to welcome the Green ideas to regulate competition on the grounds of climate policy, either.

read also: PM Orbán: the government does not serve the bureaucrats in Brussels!

However, the challenge comes with a great potential reward, especially for the traditionally small Free Democratic Party: if FDP can help to keep the coalition together, it will be able to tip the balance between two much larger left-wing forces, thus promoting the classical liberal and civic values that serve as the pillars of the party’s identity.

Furthermore, FDP can also form the counterbalance against certain radical green ideas that may be socially and economically impractical or perhaps even infeasible.

What we already know for sure is that the new German government is facing enormous challenges: it will need to ensure European stability in the middle of a crisis-ridden period, and to revitalize a community that has lost its momentum in many aspects over the past years. Germany’s administration will need to address such major issues as the post-Covid economic recession, the China and Russia relations as well as the questions concerning the nature and the process of further European integration.

It is our common interest to see the three-party coalition clear the obstacles in its way.

Read alsoOrban: After Merkel, we now prepare for battle with our eyes wide open