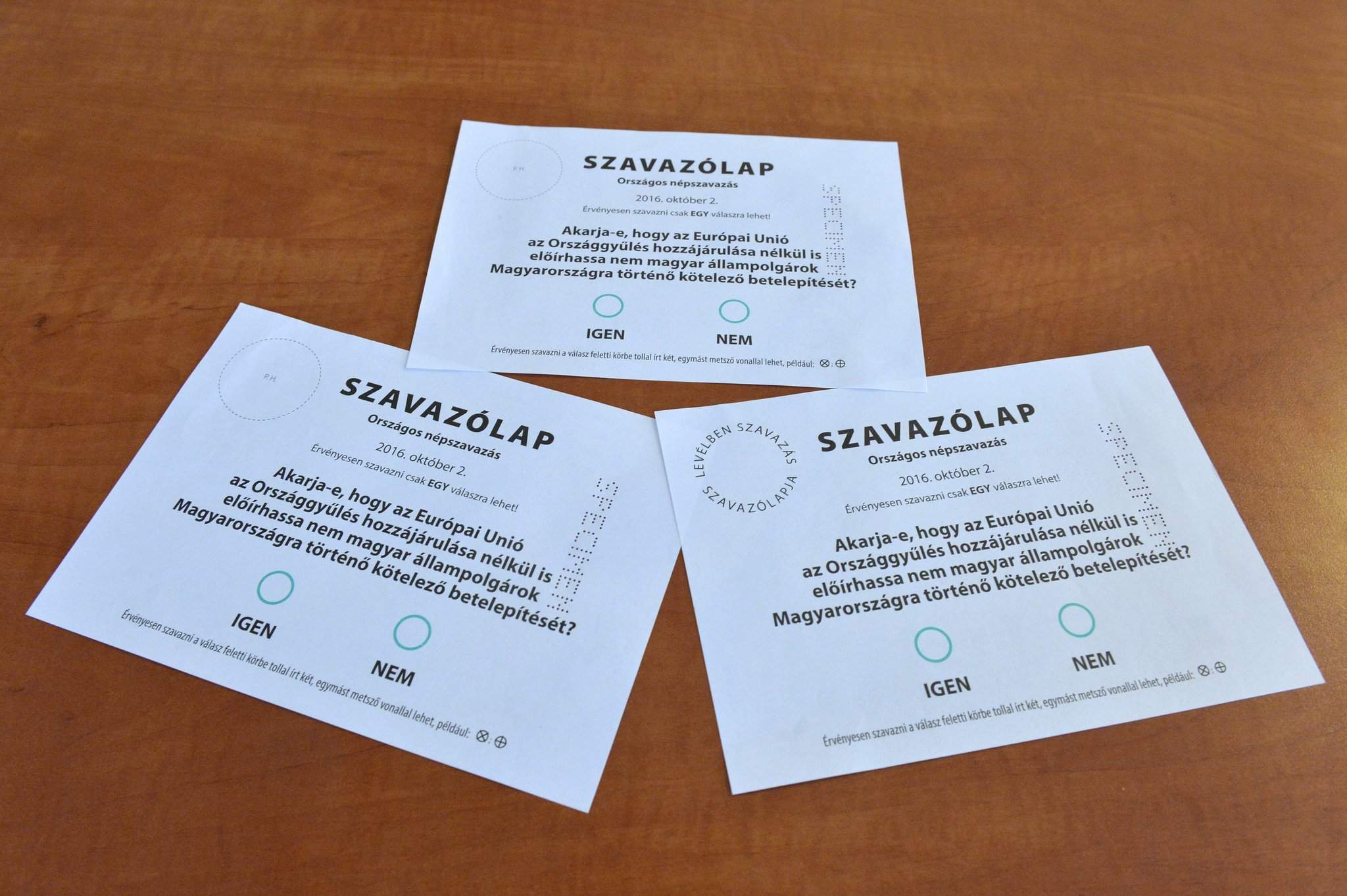 Budapest (MTI) – Campaign letters for the Oct. 2 referendum on European Union migrant quotas sent on behalf of the government to ethnic Hungarians abroad were unlawful, the Kúria, Hungary’s supreme court, ruled on Thursday and called on the government to desist.

The Kúria said the letters violated the principles of equal opportunity and citizens’ entitlement to exercise their rights in a bona fide way. The ruling overturned a decision the National Election Committee made last Friday.

A private individual submitted a complaint to the election office objecting to the fact that the government had sent campaign letters to voters without a permanent address in Hungary. According to the complaint, the government was not authorised to contact people without a permanent address in Hungary because the government, as the initiator of the referendum, and parties with a parliamentary group are authorised to receive only addresses registered in election districts.

The Kúria ruled that the government is only authorised to use a database that is also available to other participants in the campaign and must not use one that it acquired in its capacity as the practitioner of public authority.

In reaction to the supreme court ruling, the government communications centre said in a statement that the cabinet had “observed all relevant laws” but added that the government would “respect the decision”.

They insisted that the “letters of information” had been sent to ethnic Hungarians, aiming to call their attention to the referendum “against forced resettlement” of migrants and to “risks around Brussels’ quota package”.

The statement added that “the chance to send letters was open to the opposition parties, too.” They chose not to use that opportunity, “therefore the principle of equal opportunities was not violated,” the statement said.

The opposition Democratic Coalition (DK) interpreted the ruling as proof that ruling Fidesz had “tried to garner votes through fraud” and called on the party and the government to drop those practices.

“Hungary’s laws mean nothing to the government if it comes to lending legitimacy to its corrupt power”, DK said in a statement.