According to Zsolt Semjén, Deputy Prime Minister of Hungary and Chairman of the Christian Democratic Party, KDNP, which governs together with Fidesz, being gay is not only wrong but an actual sin.

For almost 2 weeks now, a newly accepted law has been one of the most talked-about issues in Hungary. The country’s government decided a long time ago that an effective paedophile law was necessary in order to protect the young and the vulnerable in Hungarian society, in addition to disciplining and punishing those who hurt them. As Daily News Hungary reported, the idea itself received a positive reaction, until the government decided to add certain details to the bill before passing it.

These extra details all target a certain group in society. The new law discriminates against LGBTQ+ communities and violates their rights. It is now referred to as a “homosexual law” and has received an immense international reaction from numerous countries and governments all around the world. The European Union even decided to examine whether its Member State’s sovereign government violates the EU’s fundamental rights with this bill.

The harsh answer of America to the Hungarian “homophobic law”

The decision caused quite a stir in Hungary, of course. Many expressed their support and solidarity with the LGBTQ+ communities. For instance, the country’s first-ever Pride march in the countryside will be organised this year.

Naturally, people are quite interested in what the country’s most important politicians think about the issue. As his party forms a coalition with Fidesz, the answer of Zsolt Semjén, leader of the Christian Democratic People’s Party and Deputy Prime Minister of the Orbán Cabinet, did not come as a surprise. Still, telex.hu wanted to know more about their opinion and, more importantly, about what will be banned on television. The news agency reached out to several representatives of the government.

All the representatives of the Hungarian government were asked the same question: what content would they ban, based on the law? Their answer was almost the same in every case: they say they do not have time to watch TV or they usually read a book instead.

he does not want any homosexual, transsexual or whatever person with whichever orientation to go up to his children and start explaining to them sexual content

that he does not want them to know. When he was asked whether he could imagine a politician who is openly homosexual and is working in his Christian Democratic Party, he said that he could imagine it; nevertheless, he would not be happy about it at all. Mostly because, as he said:

“I am the president of a Christian Democratic Party whose teaching is based on nature’s order and its message. This message is a clear, black and white message stating that homosexuality is a sin!”.

While Minister of Justice Judit Varga, under-secretary Tamás Menczer, and Communications Manager István Hollik were asked the same question, they mostly (politely) tried to ditch it by saying that they would personally not have a problem with it.
On the other hand, Zsolt Semjén reacted quite angrily and passionately. According to him,

manifested homosexuality is on the same level as bigamy or adultery.

If someone has a feeling that he is attracted to his sex, he needs to keep it to himself as “a sinful life is not one to lead”. After explaining very thoroughly how wrong and sinful it is to be gay and how homosexuals will need to account for their sins in front of God,

in the end, he very quickly added that despite his opinion, it is a possibility to lead this “lifestyle”. 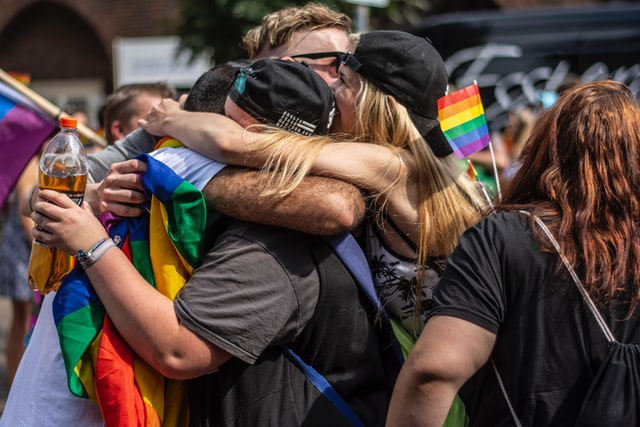