Let’s look at Sudan from a different perspective! – Interview with the leader of the Sudan Trade Office, Mohamed Salaheldin Hag Ali

Usually, when a non-European country is interested in Hungary, it first opens an embassy in Budapest, and then – given that the cooperation is successful – opens cultural and trade centres in the capital city. But in the case of Sudan, things happened the other way around, GLOBS Magazine said.

The Trade Office opened in Budapest in 2011, under the aegis of the Viennese Embassy at the time. But the attaché, Mohamed Salaheldin Hag Ali, and his team did such a great job that the government of Khartoum decided to lay bigger emphasis on relations with Hungary in the future. Thanks to them, two hundred Sudanese patients were cured in Hungarian hospitals in the past years.

Moreover, several grand Hungarian investments were launched in the heart of Africa, and the negotiations regarding a Budapest-Khartoum direct flight have already started.

I talked about the challenges and successes of the past years with Attaché Hag Ali.

GLOBS: How can a Sudanese boy get to the point of organising ministerial meetings in Hungary? What is your secret?
Hag Ali: I was very young when I first arrived in Hungary 25 years ago. First I studied at the University of Medicine and then I switched to the agricultural study programme of the Szent István University, where I graduated in 1994. After this, I shifted towards politics back at home, until I was asked to establish an economic-diplomatic representation in Budapest in 2011. This is how I returned.

GLOBS: What were the main difficulties in the beginning? How welcoming were the economic actors?
Hag Ali: I wouldn’t call them difficulties. Our governments agreed to deepen their relation, so the intent was not missing at all. The problem was mostly posed by the distrust of Hungarian decision-makers towards Africa. They were afraid of the different culture and traditions. We didn’t have to convince them, only show them the reality. From that moment on, everyone seemed to be much more open.

GLOBS: What makes the Hungarian and Sudanese economic environment so different?
Hag Ali: In Europe, the emphasis is mainly laid on well-trained workforce, punctuality and precision, while traditions, relationships and trust are much more important in our culture. It was a bit difficult to make everyone understand this. This is why I tell all companies and investors who contact us that I’d like to invite them to Sudan so that they can see the country for themselves. And I am serious about this.

Many people have visited our capital, Khartoum, and 90% of them started negotiating right after. This is the key to success.

GLOBS: Even though the American economic embargo was recently dissolved, the Sudanese leadership remains more of a tolerated than accepted actor for western societies. However, the Hungarian government has opened towards the African country several times in the past period. The Sudanese Foreign Minister visited Budapest, while a Hungarian delegation visited Khartoum in the beginning of December. The latter was labelled by certain media as “the Hungarian government is negotiating with dictatorships”. Aren’t these stigmatisations disturbing? Don’t you feel like you’re going against the grain?
Hag Ali: The press is free in Hungary, so journalists can write whatever they feel like writing. I think that this is much more of an interior political question and the media is not attacking Sudan because they know it. Therefore, I can only recommend them to visit our country and to don’t draw conclusions form information found on the internet. It wouldn’t hurt if they were finally a bit more prepared and realised that Africa is actually developing at a fast pace. They also criticised the trading houses claiming that they were empty, but our relationship with the office in Khartoum is very good, they are doing an amazing job. They help and facilitate many Hungarian investments, so hats off to them! There will always be unsatisfied people. 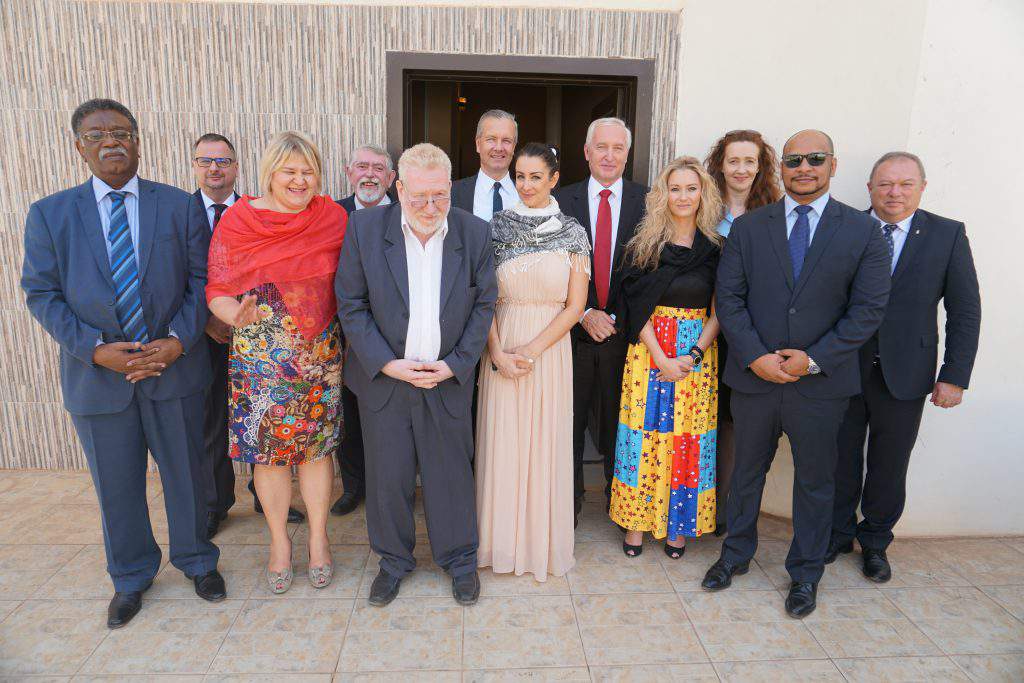 GLOBS: The Foreign Minister was very proud that the two governments agreed in the issue of immigration. What does this mean exactly?
Hag Ali: The Sudanese leadership closed the norther borders of the country years ago to help restrain migration. Just like Prime Minister Viktor Orbán, we believe that problems need to be solved locally. Africa needs to implement infrastructural changes and improve the quality of life so that people don’t want to leave their countries. Since it’s not good for us either if our people emigrate.

GLOBS: The Trade Office has achieved a lot in the past six years, but what are you the proudest of?
Hag Ali: Health tourism. Several of my fellow countrymen were cured from serious diseases in Hungary. We always criticise the Hungarian health care system, but all of our patients were welcomed warmly and received world-class treatment.

Hungarian doctors are excellent and they have saved the lives of hundreds of Sudanese people.

This what I’m the most proud of. Moreover, we managed to reach an agreement on the establishment of a Hungarian diagnostic centre in Khartoum in order to identify diseases in time. 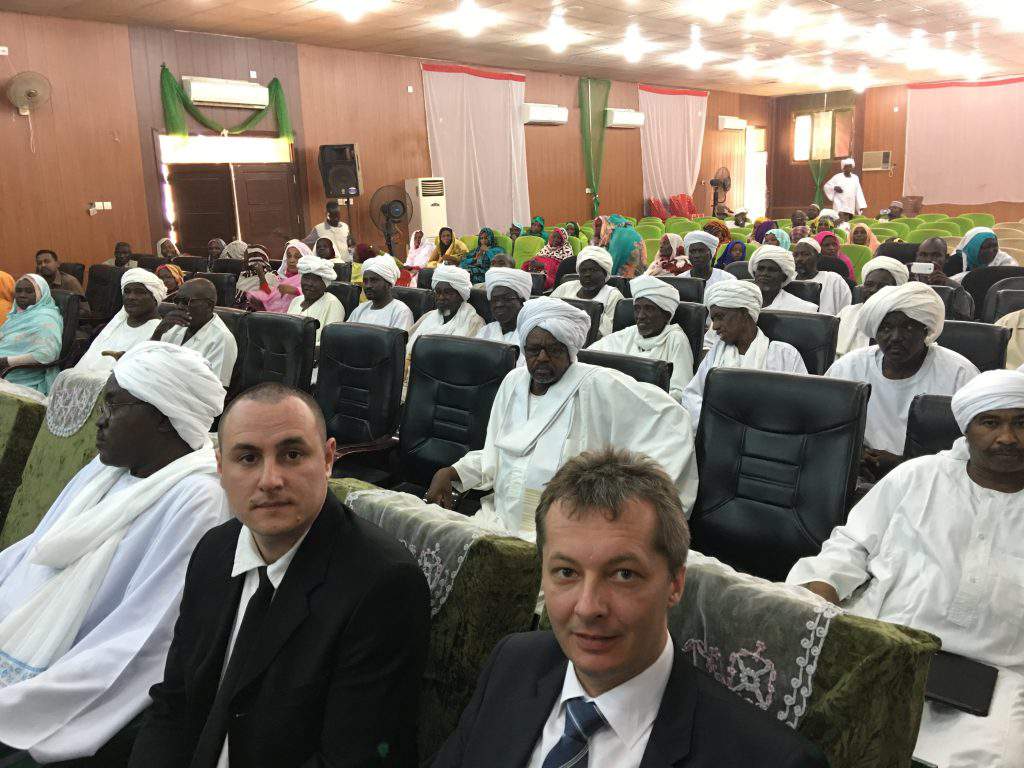 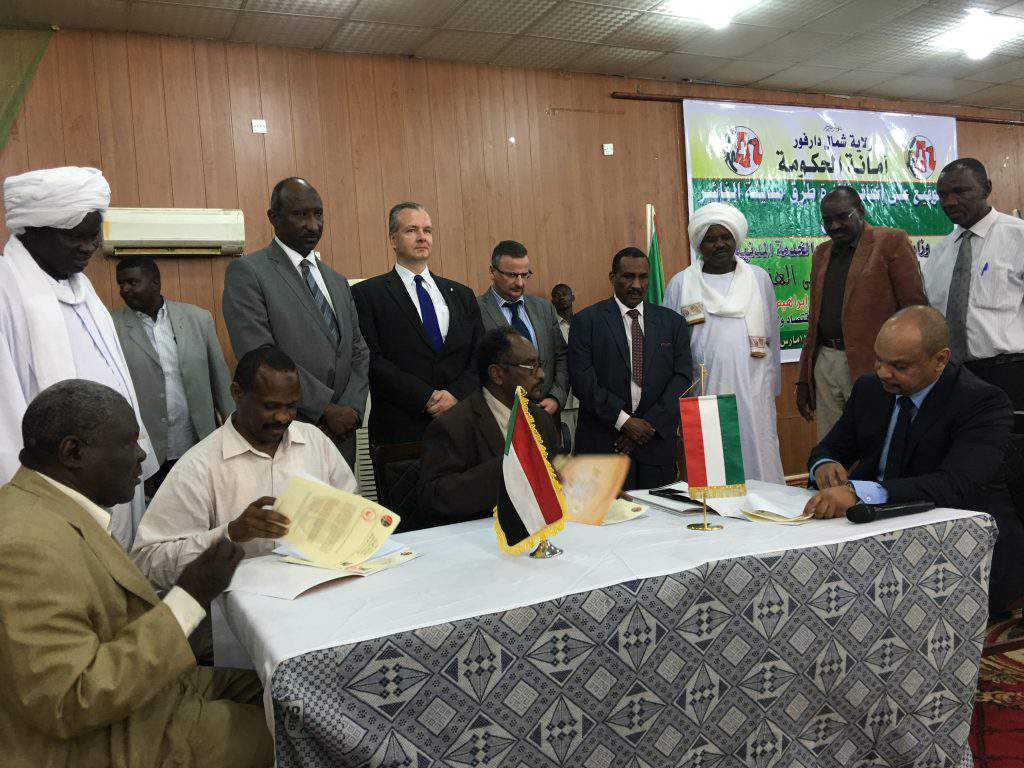 GLOBS: For what is the demand the greatest? Hungarian knowledge in Africa or Sudanese products in Hungary?
Hag Ali: The demand for modern technology arises in Sudan quite frequently in the fields of agriculture, transportation and health care. Nowadays, there’s also a great demand for utilising renewable energy sources. For instance, a Hungarian company resolved solar cell lighting in Darfur County and a similar project is running in the capital city.

GLOBS: The biggest achievement of the delegation was probably the renewal of the bilateral flight agreement between the two countries. How would a direct flight facilitate trade between the capital cities?
Hag Ali: I think that a connection like this can be very useful from a business and political point of view.

Actually, Budapest is only a four hour flight away from Khartoum, but the current transfers take away a lot of time.

The trip lasts for half a day at least, therefore less people start on the journey. If the first flight was to be launched in a year, it would be a huge step regarding international relations. Fortunately, there is a private airline, which mainly flies in Sudan, but also has some international flights. The company wants to open to Europe, but the aeronautic market is quite closed. This is where Hungary comes into the picture. 4-5 million Africans live in Europe, who would very much appreciate if they could get home via Budapest. The negotiations are currently going on and I believe that this will shortly become my other great pride.

GLOBS: But you cannot expect a dynamic growth in the number of Hungarian tourists until the visa policy is this strict. You even need a permission to leave the capital. Will this ease up?
Hag Ali: Getting a visa has been much easier since the opening of the embassy two years ago. Almost everyone can visit the country. An excellent example of this is that a few weeks ago an 11-member pensioner group visited Sudan and had a blast there.
It is actually the travel agencies who are afraid of the unknown. We have contacted several of them to organise scuba-diving or hunting trips, but they weren’t too keen on the topic.

GLOBS: What is the next step? In which fields do you see the potential for further cooperation?
Hag Ali: In my opinion, agriculture is the greatest field for a breakthrough. Both countries have unique crops and products. While Hungary primarily stands out with quality, Sudan is quite strong in quantity, for instance, in the field of stock-farming. We have a livestock of 136 million animals, which is an enormous amount on a European scale. This is why, there’s great potential in export.

GLOBS: Lastly, being a man with a European outlook who’s been living here for long period in the last 25 years, how do you look back on your home? What do you think of your opportunities?
Hag Ali: Sudan will always stay “home, sweet home” for me. When I return home, I’m always welcomed warmly and I’m happy to see that my country is developing. Not to mention that it is an especially good feeling when I know that I had something to do with a certain development. And Hungary, where my family and roots are, is my second home. I feel very lucky that I get to serve two countries at the same time.