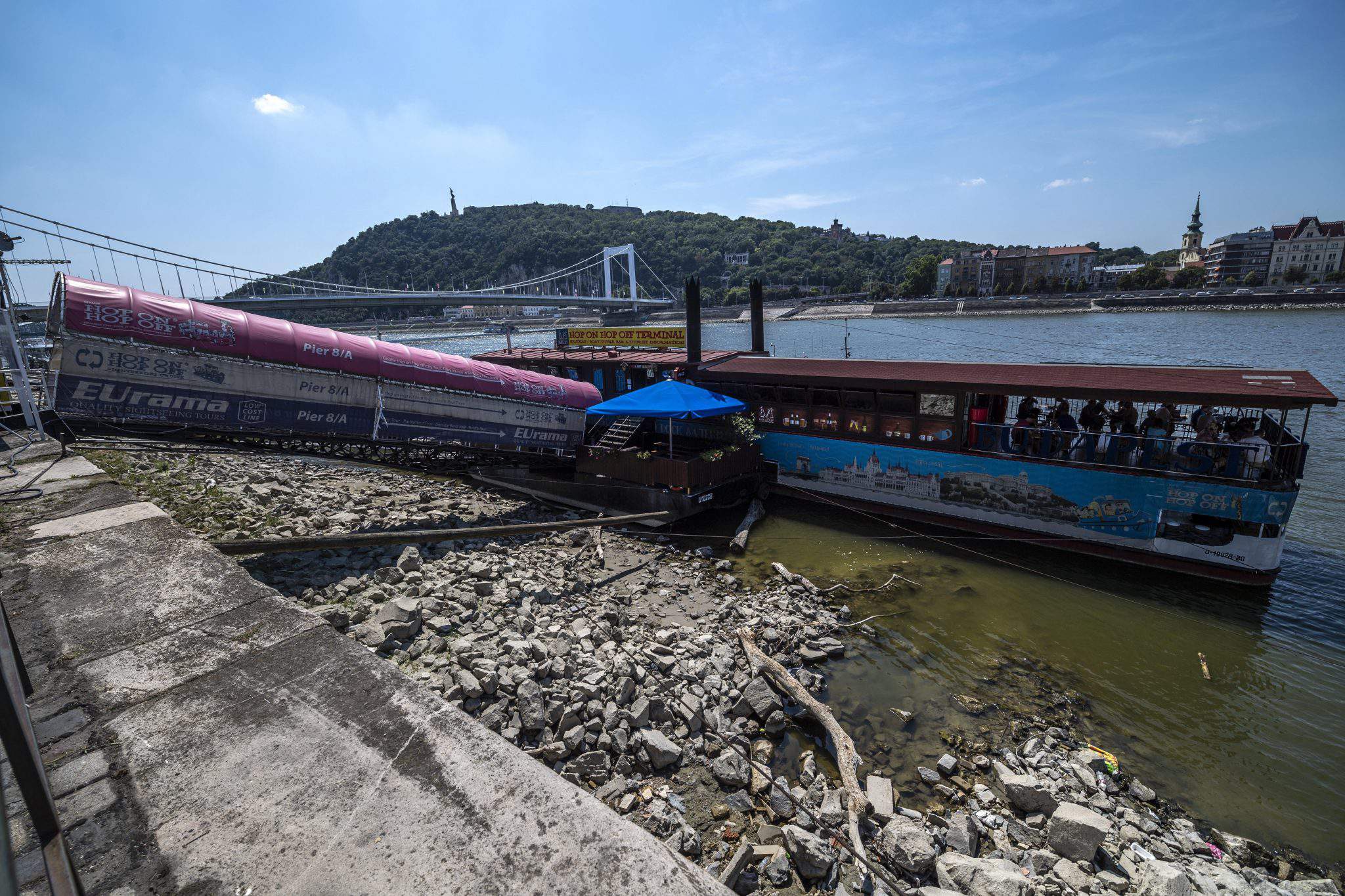 Low water levels on the Danube have reduced freight capacity on the stretch of the river that runs through Hungary by two-thirds, Attila Bencsik, who heads professional association Magyar Belvízi Fuvarozók Szövetsége, told MTI.

Shipping companies are either waiting with their freight for higher water, racking up losses each day, or loading it onto smaller vessels or lorries, Bencsik said.

On some stretches of the Danube, for example in Germany, ships can’t even navigate the river after they’re unloaded, he added.

Gábor Spanyik, managing director of passenger ship company Mahart PassNave, told MTI that the low water levels have made navigation of some stretches of the Danube north of the capital impossible. Cruise ships with draughts over 16 decimeters can’t travel any further downriver than Komárom (NW Hungary), he added.