Migration summit of the UN in New York – Foreign minsiter: Hungary backs initiative against IS launched at asylum summit 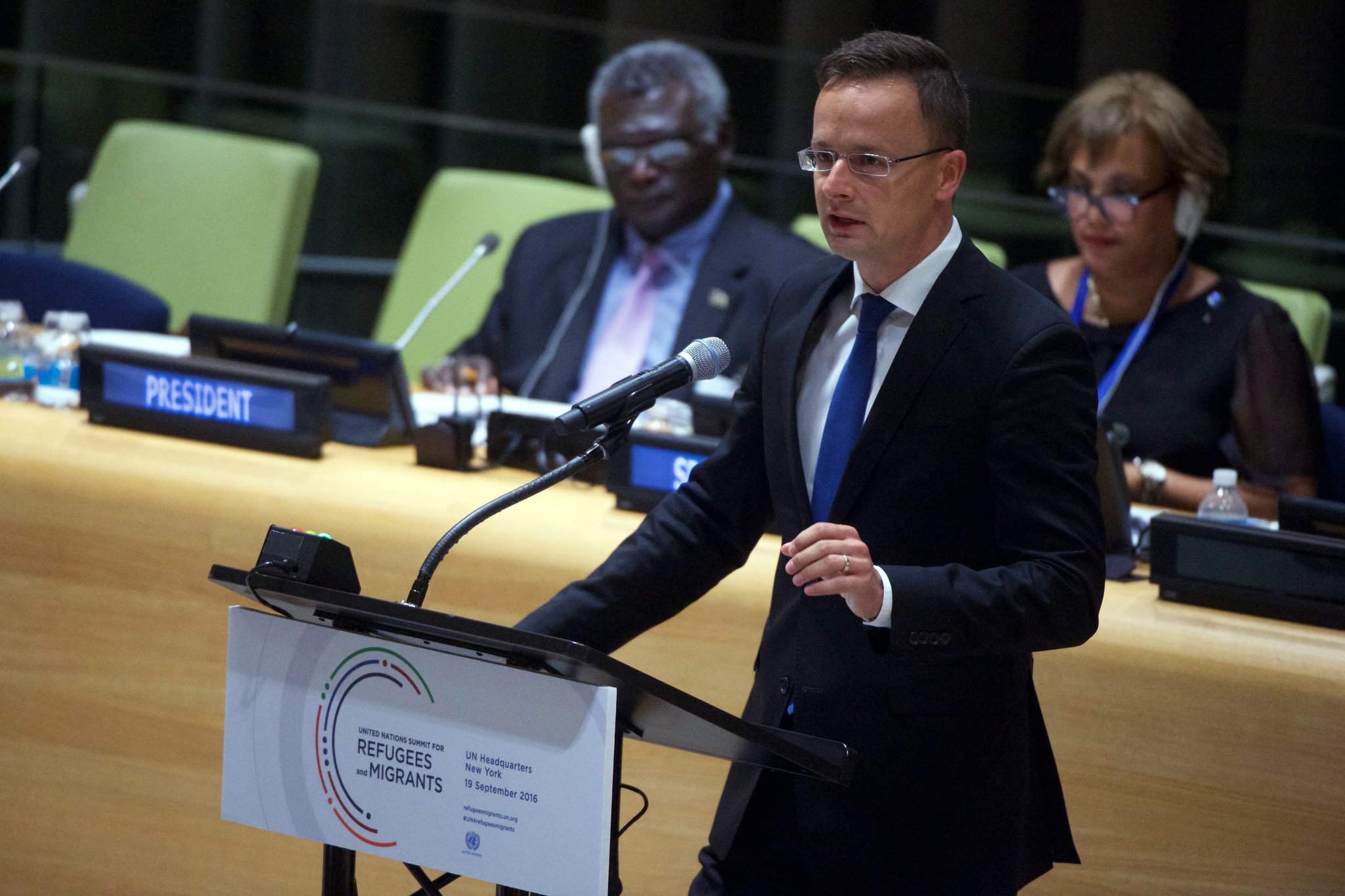 Péter Szijjártó addressed the summit, saying that Hungary condemned the atrocities committed by the terrorist Islamic State in Iraq and Syria as well as its systematic and mass violations of human rights and international humanitarian law.

“Besides this, we attach high priority to the fight against modern slavery as well as to the protection of religious and ethnic minorities and other threatened groups such as women and children,” the minister said in his speech.

Hungary’s standpoint is that the crimes are not only directed against victims but against the interests of the entire international community, and they hurt and attack its system of values and present a danger to international peace and security, he said.

Szijjártó drew attention to the “civilisational threat” that the Islamic State organisation presented to Christian communities.

“The terrorist organisation’s crimes against Christians will not go unpunished,” the minister later told MTI in an interview, summing up comments he made in a panel discussion at the asylum summit. He told participating foreign ministers that he had personally written to the chief prosecutor of the International Criminal Court, but so far no reply had been forthcoming. For this reason, Hungary is turning to the UN Security Council concerning the matter, Szijjártó said.