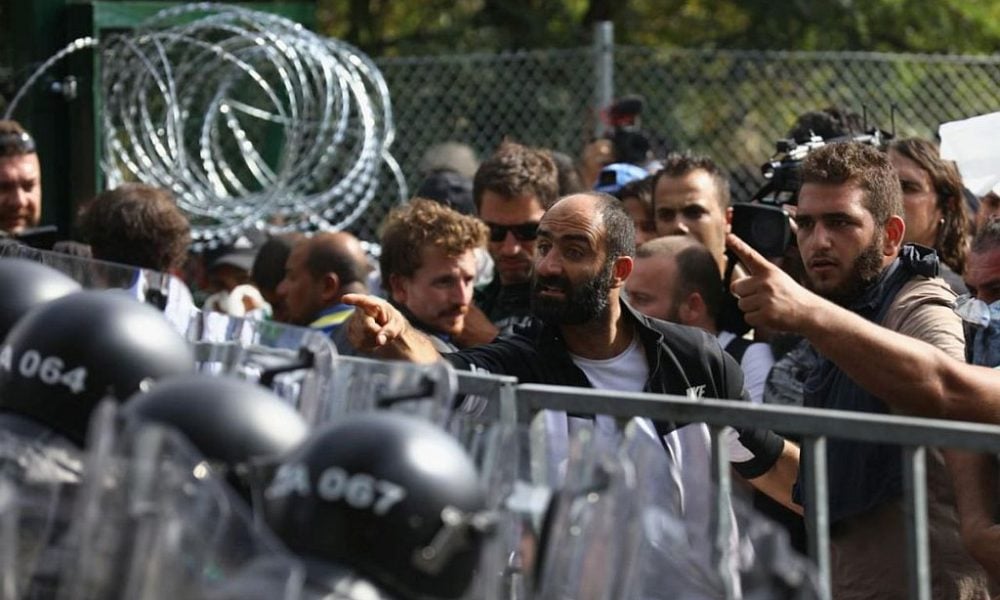 Péter Szijjártó, the foreign minister, attending a meeting of NATO’s eastern member states focusing on the issue of migration in Bucharest on Wednesday, said “international organisations” were “starting to totally lose their sanity on migration”.
He said it was high time for “straight talk” on the importance of border controls for every single country that has come under the pressure of migration.

— which, he added, was almost as bad as migration itself.
As well as coming into the EU from the south, migrants are arriving from the east, he said, adding that Poland and the Baltic states were under the same physical conditions that Hungary has faced since 2015.
He called on the EU and UN to take a clear stance against illegal migration in light of “the usual security and cultural risks”, as well as “serious health risks” due to Covid-19 and potential terrorism.
PM Orbán: the EU wants to crucify Hungary!

The UN High Commissioner for Refugees’ suggestion that

Latvia should take in anyone turning up at its borders and guarantee them the right to apply for asylum was,

The minister said it was expected that the EU admit “aggressive” people who “attacked the Polish border guards” — people, he added, who were unwilling to “accept our rules of conduct or laws”.
Szijjártó called this stance “extremely dangerous”. Central Europe, he added, could only draw the conclusion that if did not defend itself, no one else would.