Minister: ‘Poles are our eternal and trusted friends’

event History Hungary Poland
Gergely Gulyás, the prime minister’s chief of staff, called Poles Hungary’s “eternal and trusted friends”, in his keynote speech at a conference in Budapest on Thursday.
Gulyás addressed the conference hosted by the University of Public Administration (NKE) commemorating the 40th anniversary of Poland’s leaders imposing martial law.
Gulyás noted that the histories of

the two nations were closely linked,

adding that their interests and values intertwined as well. “These values include individual and collective freedoms, national self-determination, and the fight for these causes,” he said.

He said the communist crackdown on the Polish people in 1981 had been a “siege” rather than a declaration of a state of emergency, as it had been called by Hungary’s communist leaders at the time. Because the military intervention in Afghanistan had left the Soviet Union too weak to intervene in Poland, “the communists there decided to impose the harshest measures,” Gulyás said. Wojciech Jaruzelski’s coup led to bloodshed, the internment of tens of thousands of people and violent crackdowns on protests and strikes, he added.
Gulyás said Pope John Paul II had played a crucial role in the final decade of communist rule and in helping the region regain its freedom.

he said in reference to Hungary’s ill-fated anti-Soviet uprising. “Without any resistance and heroes, there would have been no change of regime . and there would have been no free Poland, no free Hungary and no free central Europe, either.”
“It is our shared experiences that highlight the importance of the European values that are truly characteristic of the continent,” he said, adding that

freedom, democracy and the rule of law were not a given, “as many have done so much for central Europe to be free today”.

Katarzyna Ratajczak-Sowa, Poland’s deputy head of mission to Hungary, said she found it necessary to pay tribute to those who had suffered and died for Poland’s independence. She said Hungarians and Poles were on a “centuries-long journey” toward a Europe of free and independent nations, and had remained allies even when it seemed that violence could triumph over solidarity. 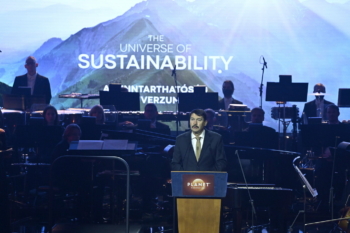