(MTI) – Parliament’s national security committee decided at its Tuesday meeting to initiate a fact-finding examination in the case of Tamas Welsz, a businessman associated with Gabor Simon, the disgraced former Socialist deputy chairman.

The decision was made unanimously after committee chair Zsolt Molnar, of the main opposition Socialists, had left the meeting.

Deputy chair Szilard Nemeth, of the ruling Fidesz, who originally submitted the initiative, said Socialist leader Attila Mesterhazy and head of the immunity committee Gyorgy Rubovszky, of the co-ruling Christian Democrats, will be invited to appear in front of the national security committee on April 3.

Molnar earlier proposed inviting every parliamentary party group leader to a public meeting and asking them to present those party group members who also hold other passports in addition to Hungarian. After the majority of committee members voted against this, Molnar passed over chairing the meeting to Nemeth.

Molnar said that currently no information is available that would indicate that Welsz had been working for the secret services. Tuesday’s meeting was held to collect information in connection with his death from representatives of the police and secret services. Some information has been presented but the examination into the causes of his death has not been completed. It may take days or even weeks to close the examination but violence has been ruled out, Molnar added. 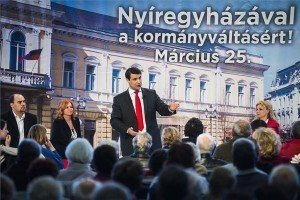 On Monday Molnar proposed that the committee should gather information about the possible secret services links, in Hungary or abroad, of Welsz.

Welsz had been taken by police for questioning by the Central Investigating Chief Prosecutor’s Office (KNYF) on Thursday from his office in central Budapest. He died en-route.

Simon was arrested earlier on suspicion of asking a friend to open a bank account in his name with a Hungarian bank using a forged passport from a southern African country. Simon quit his post as the party’s deputy leader and gave up his seat in parliament in February, after reports that he had undeclared assets worth 240 million forints (EUR 780,000) held on an Austrian bank account.

In an attempt to boost domestic sales by engaging with the buyer through their…
We and our partners use technologies, such as cookies, and collect browsing data to give you the best online experience and to personalise the content and advertising shown to you. I accept
Privacy & Cookies Policy