His Holiness Karekin II, the Supreme Patriarch and Catholicos of All Armenians Photo: armenianchurch.us

Catholicos Karekin II of Armenia has sent a letter of thanks to Prime Minister Viktor Orbán for the Hungarian government’s efforts enabling the release and return home of Armenian prisoners of war from Azerbaijan, the prime minister’s press chief said on Friday.

Karekin II described the development as “a wonderful gift for Christmas and New Year’s”, and he praised Hungary’s support for the Armenian nation and wished Hungarian people and officials a happy and successful new year, Bertalan Havasi said.

Foreign Minister Péter Szijjártó announced on December 29 that earlier in the day, a Hungarian Army aircraft had first landed in Baku and then in Yerevan, transporting Armenian citizens. 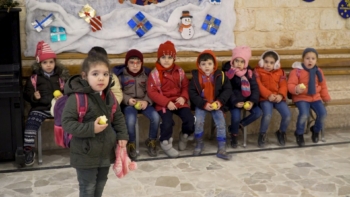