On Friday night, firefighters have arrived to Baross street in Budapest, after a building caught fire.

Origo reports that the fire spread quickly and the roof of a family house in the vicinity also caught on fire.

On Friday night, in Baross street in district XVI. of Budapest, a fire started in an outbuilding but has spread to a 70 square metre workshop. Its roof caught fire and even a family house was threatened to burn down.

The firefighters who arrived at the scene in great force have stopped the spreading of the fire. The firefighters have attacked the inferno from several directions and have managed to extinguish the flames in the end.

Directorate for Disaster Management said that three LPG gas cylinders have exploded in the fire, while the firefighters were able to take two more out of the building before they caught on fire. 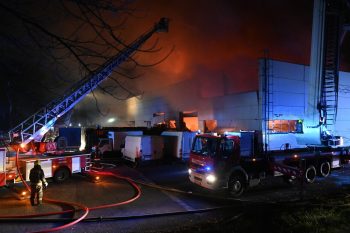