Magyar told Hungarian public television M1 after the talks that the Pakistani side expressed interest in Hungary’s food processing and transportation technologies, as well as in drinking water and irrigation network development. 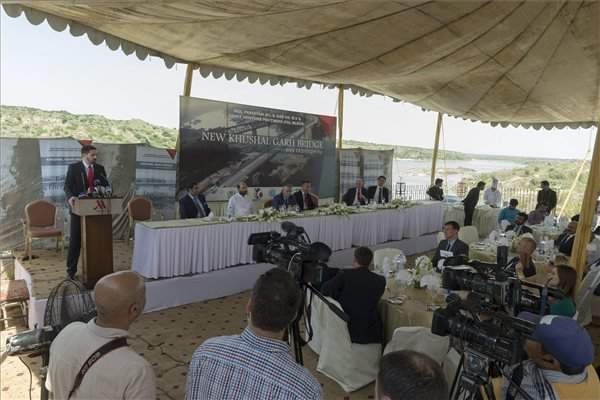 Before the talks, the Hungarian delegation led by Magyar inaugurated the Khushal Garh Bridge bridge accross the Indus river, largely financed by the local subsidiary of Hungarian oil and gas company Mol.

Budapest economy European Union Fidesz Government History Hungary migration Ministry of Foreign Affairs tourism Viktor Orbán
Around 60 migrants early on Tuesday made an attempt to break through the southern…
A Hungarian team has been chosen as a technical development partner by Alakai'i…
Csaba Latorcai, state secretary at the human resources ministry, attended a…
The sixth Budapest International Documentary Film Festival (BIDF) opened here on…
We and our partners use technologies, such as cookies, and collect browsing data to give you the best online experience and to personalise the content and advertising shown to you. I accept
Privacy & Cookies Policy