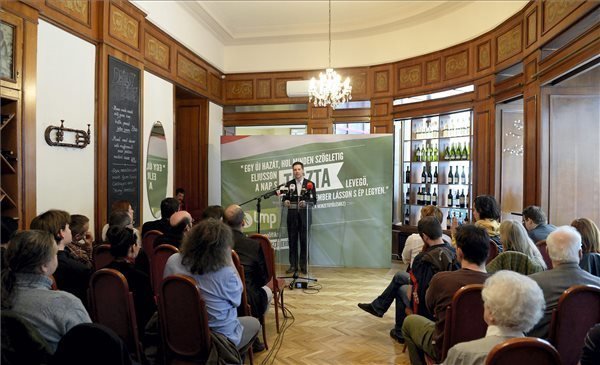 Budapest, March 15 (MTI) – The message of 1848/49 is that a “vassal” state cannot be independent and its citizens cannot be free, the co-chair of the opposition LMP party said at their commemoration in central Budapest today.

The lesson of the 1848/49 revolution and freedom fight for us today is that there is no national independence in a state that has been trapped by public debt and the energy supplies of which depend largely on foreign powers, said Andras Schiffer, the party’s group leader said in Pilvax Cafe, the meeting point of young revolutionaries in 1848.

People have to decide in 2014 at the polls whether the country can cede with conditions of a “new feudalism” and allow human creativity to unfold, he added.