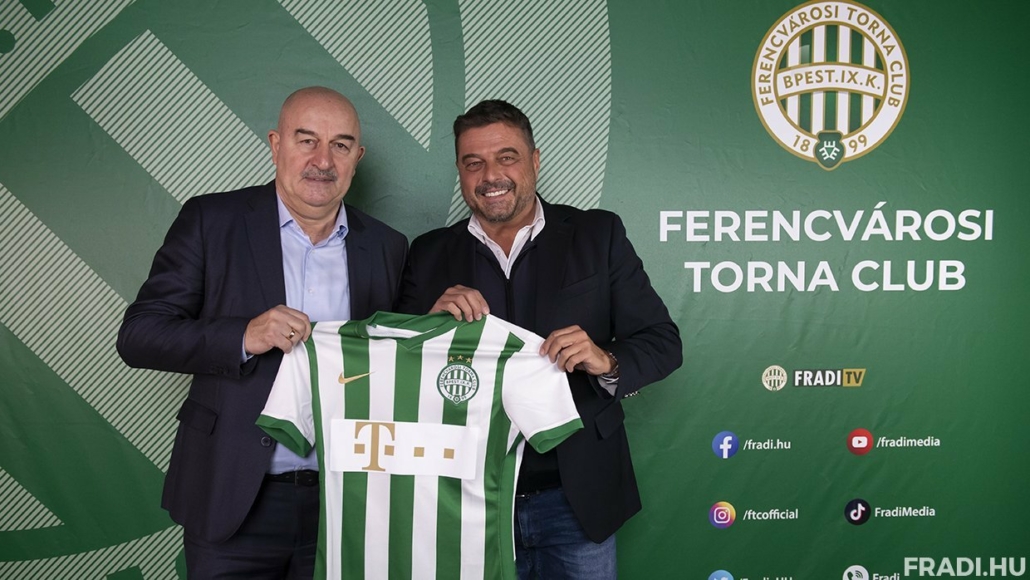 Cherchesov, 58, takes over managing the team after a five-year spell at the helm of Russia’s national eleven, culminating in a quarter-final in the 2018 World Cup tournament.

The former manager of Ferencváros, Peter Stöger of Austria, stepped down earlier this month, after six months with the team. Read more here.

After the autumn season, Ferencváros tops the standings of the first-division championship with a one-point lead and one match in hand. The duration of Cherchesov’s contract has not been disclosed.

In round 17 of OTP Bank League, FTC hosted Budapest Honvéd at the Groupama Arena. After this weeks’ decision to part ways with former head coach Peter Stöger, on this last match, assistant Head Coach Csaba Máté directed the team.

Although the match was not specifically spectacular, Fradi did have several dangerous attacks in both the first and second half, especially by Ryan Mmaee, Tokmac, Uzuni and Zubkov. The first half ended 0-0 and in the second half Ferencváros did all to score a winning goal which quite late, but anyways arrived in the 91st minute. Szánthó won the ball from an insecure Honvéd defender and centered to Uzuni, who scored from close. With this goal and win, Fradi close 2021 in a positive spirit.