The Best Spring Festivals In Hungary

Spring is here with warm sunny days, and we have a lot of cool festivals. Go out and enjoy yourselves! There are various opportunities to choose from. Here come the festivals of the early spring, according to szeretlekmagyarorszag.hu.

Although the Titanic film festival has already started a few days ago, if you have time it’s really worth to visit the rest of the event. This is Hungary’s biggest and most special international film festival. This profession event presents the most long feature films, and it has successfully preserved its independency and individual identity during the last 20 years. Titanic film festival is bringing 52 creations of 25 nations divided into seven sections on five different locations: Uránia Nemzeti Filmszínház (Uránia National Film Theater), Örökmozgó Filmmúzeum (Perpetual Motion Film Museum), Toldi Mozi (Toldi Cinema), Puskin Mozi (Puskin Cinema) and on the A38 ship. The Titanic film festival has been operating as a competitive festival as well since 2005. This year 9 creations – 6 of them are debut films – are competing for the “Hullámtörők” award (Breakwater award). 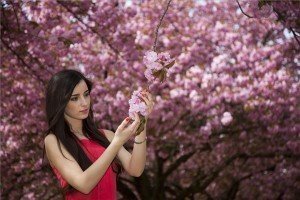 Sakura feast is a tradition organized for several years in ELTE’s Botanic Garden; which is related to the Japanese holiday, Ohanami, the bloom of the Japanese cherry trees in April. This time of the year, when these cherry trees are blossoming, the visitors can picknick on blankets in the Botanic Garden, and admire the flowers of the Sakura trees, like Japanese people do in the Country of the Rising Sun. This year the first programs were held last weekend, but more are coming this Saturday and Sunday. Visitors can view the Herendi porcelain exhibition, make origami with the Hungarian Anime Society, see Japanese archery shows and sword plays, and listen to traditional Japanese music. The ticket prices are HUF 850 for adults, and HUF 400 for students, children, and pensioners. The Botanic Garden is open from 9 am to 5 pm.

April 11-13 The weekend of oldtimers

The location of the event is the Vasúttörténeti Park (Railway History Park). The locomotives’ engine sheds and the whole park is filling with spectacles for this weekend. Beautiful oldtimer cars, oldtimer motorbikes and military vehicles will be on display in the engine sheds, and you can see veteran cars and tractors in the foreground of the sheds, which will be changed every day. Hostesses and security guards will oversee the vehicles. In the park, oldtimer steam-engines and railway wagons will be on view, exhibited by guides. The braver ones can even climb onto the railway vehicles, or get in the driver cab. The oldtimer steam engine will work as a nostalgia train for 3 days. The organizers paid great attention to families during the organization of the event. A garden railway will operate with 5 trains, hand cars and railcars can be tried, or you can get on an omnibus pulled by horses. Children can play on folk playgrounds, get free face painting, or visit the fun-fair where an organ grinder will play music during the day. Free chocolate, pálinka, cheese and wine tastings will entertain the adults, food stands will offer grill food, shashlik, Hungarian stew, drinks, coffee, chimney cake, lángos, candy-floss, gingerbread and more kinds of delicious food. “Adventurers Exhibition” will exhibit ships and motor homes, and the latest car models, motorbikes, quads, bicycles and hiking gears. The variety of programs is almost infinite: thought-provoking games, climbing wall, dog show, BMX Trial demonstration, petting zoo and pony riding for children, collision simulator, and helicopter simulator for adults. All in all, this festival is worth the HUF 2990 ticket price (HUF 1990 for children, and HUF 8990 is the family ticket). 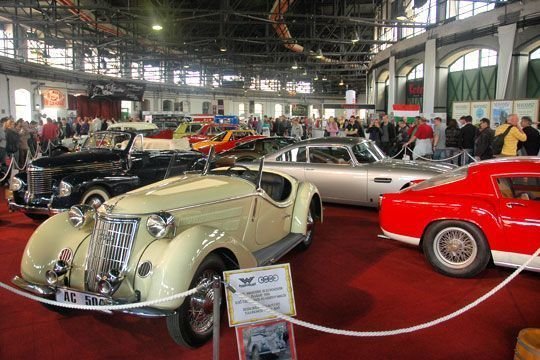 The 15th International “Kisüsti Pálinka” Festival, Exhibition and Market will be organized in the 9 hectare size castle garden of Gyula, between 18-21 April. With the attendance of 30 thousand people, it’s not only the country’s but the world’s biggest pálinka (fruit spirit) event. An outstanding part of the event is the 3rd Pálinka, Fruit, and Wine Spirit World Cup, but it’s only one of the many programs: cabaret, folk music, pigsticking, quiz show, cooking competition, egg painting, gingerbread decorating and puppet-show will entertain the visitors of the festival. The daily ticket costs HUF 1000, but the entrance is free on the 21th of April.

This year is the third time that the biggest Eastern traditionalist event is organized in Budacastle. Handicraft, folk art and gastronomic fair will be waiting for visitors, many program for children, like pet zoo, puppet-show, playhouse, carousel and folk games are taking place in the event, together with handicraft wine terrace, street theater, folk dance and several concerts. Some of the many singers and bands: Ghymes, Ferenczi György és a Rakajam, Balkan Fanatic, Szalóki Ági, Gryllus Vilmos és a Kolompos együttes, Sebestyén Márta és Andrejszki Judit. Tickets are available in advance sale until the 18th of April – adult tickets: HUF 2240, children tickets: HUF 800 (between the age of 3 and 14), student and pensioner tickets: HUF 1200, family ticket: HUF 4000 (2 adults + max. 4 children). Advance sale is available in the website port.hu/jegy, in Libri stores and in every ticket office in Budapest. Tickets are also available on the spot, but they are slightly more expensive than on advance sale.

The annually held festival by the National Dance Theater joins the International Dance Day (April 29th) with the presentations of the spring season, and the professional award ceremony of the dancers. Several prestigious productions will be on view, like the ‘East Shadow’ of Jiří Kylián, ‘Boats Leaving’ by Doug Varone and Dancers from the US, ‘Eternal Springtime’ by PR- Evolution Dance Company, ‘Coyote dancing with the stars’ by Bozsik Yvette Troupe, and many more. As always, a Gala Night will be organized on the 29th of April in honor of the International Dance Day, by the Hungarian Dancers Association. The events will take place in MÜPA Palace of Arts, and in the National Dance Theater. Tickets are on offer on the website nemzetitancszinhaz.jegy.hu.

The International Book Festival, a listed event of the international book community, and a determinative professional and cultural forum of Hungary, organized for the 21th time will open on the 24th of April. The festival takes place in the Millenáris Park, in demanding environment, with new and modern exhibition halls. Sofi Oaksen Finnish writer will be the festival’s guest of honor. An outstanding importance event of this year is the 70th anniversary of the Holocaust, and the quarter-century jubilee of the renewal of the diplomatic relations between Israel and Hungary. A memorial stand will be placed out in the event with Holocaust topic books and with a special exhibition of documents, photos and books about the activity of National Hungarian Israelite Public Education Association. A great emphasis will be placed on the 10th anniversary of Hungary’s Europian Union accession. In connection with this anniversary, cooperating with the employees of the EU’s official institute Europe Point, a European writers’ meeting will be held with topics such as the hundred years of Europe, 25 years without the Iron Curtain, and individual and collective answers and life strategies in the expanded Europe.

On this spring, the Pálinkafestival will provide good atmosphere in the downtown area, in Városháza Park (Town Hall Park) between May 15-18. This year a record amount, nearly 30 exhibitors will participate in the event, and the rarity of the festival will be the Pear Pálinka of the Year, which is the common blend of the Hungarian pálinka distillers. It will be the first time that this drink will be tasted by the general public. This common blend will be available in a limited number: only 1500, half-liter bottles of it is produced. The ticket price is the same as in the previous years, HUF 2000. The visitors get two pálinka coupons together with the ticket, one if them is redeemable for a Pear Pálinka of the Year, and the other one is for one drink of a different distillery.

During the whole year, numerous festivals and events are organized in our country, so it’s worth to have a look at program guides periodically. Hungary is offering great programs for sunny weekends and free weekdays, so get a ticket, take your friends and go have fun!

based on the article of szeretlekmagyarorszag.hu
written by Zsófia Luca Szemes

On the Day of Hungarian Culture, Iain Lindsay - British Ambassador to Hungary -…
We and our partners use technologies, such as cookies, and collect browsing data to give you the best online experience and to personalise the content and advertising shown to you. I accept
Privacy & Cookies Policy