The first World University Cheerleading Championship took place in Poland on October 5th and 6th. Nemzeti Sport writes that Hungary was represented too and even became a world champion.

While cheerleading teams representing several Hungarian universities have proved themselves to the world on competitions and with their creativity, it is the first time that a national university cheerleading group was assembled, and they have won on their first try. 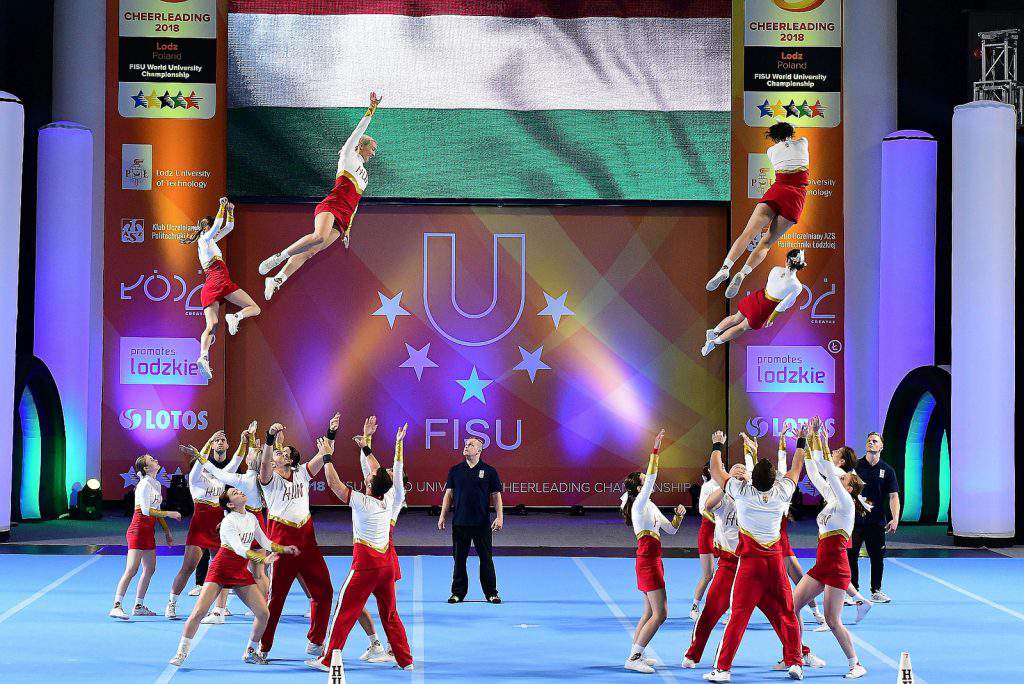 The team placed first in the previous category, dedicated to 20-member groups, while the duo representing Hungary in the latter one, placed 7th.

The Double Dance took place on the first day of the event; the Hungarian colours were worn by Patrícia Rózsás (Eötvös Loránd University) and Patrícia Balogh (Corvinus University of Budapest). Nemzeti Sport describes their choreography as a spectacular one, which captivated both the jury and the spectators. They have placed 7th in the preliminaries; the USA, Japan and Russia occupied the first three places – all three countries are world champions.

The whole Hungarian team’s radiance, dynamic movements and professionalism made up for the slight slips that occurred during their first performance, which is highlighted by the fact that they have passed the preliminaries with a very high score. 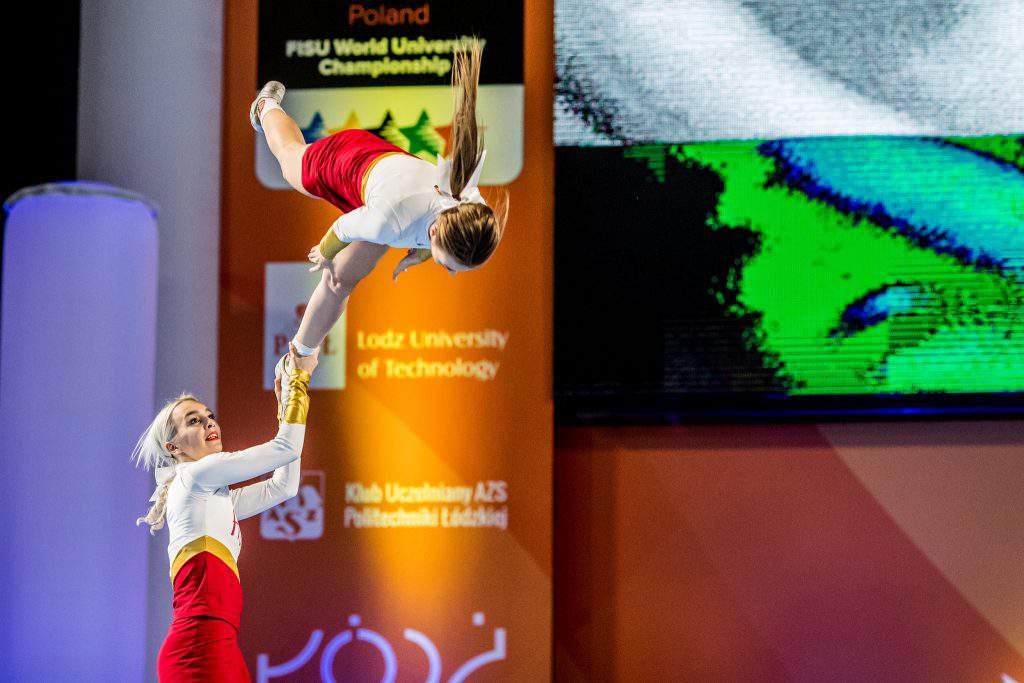 However, the team really showed their talent and where their power lay as a group when it came to the finale:

during the warmup, one of the members suffered a hand injury,

which eventually made things harder during the final round. The girls’ dedication and training helped them overcome this obstacle, and as the Hungarian sports magazine writes, they have performed an almost perfect routine, which took them straight to the first place.