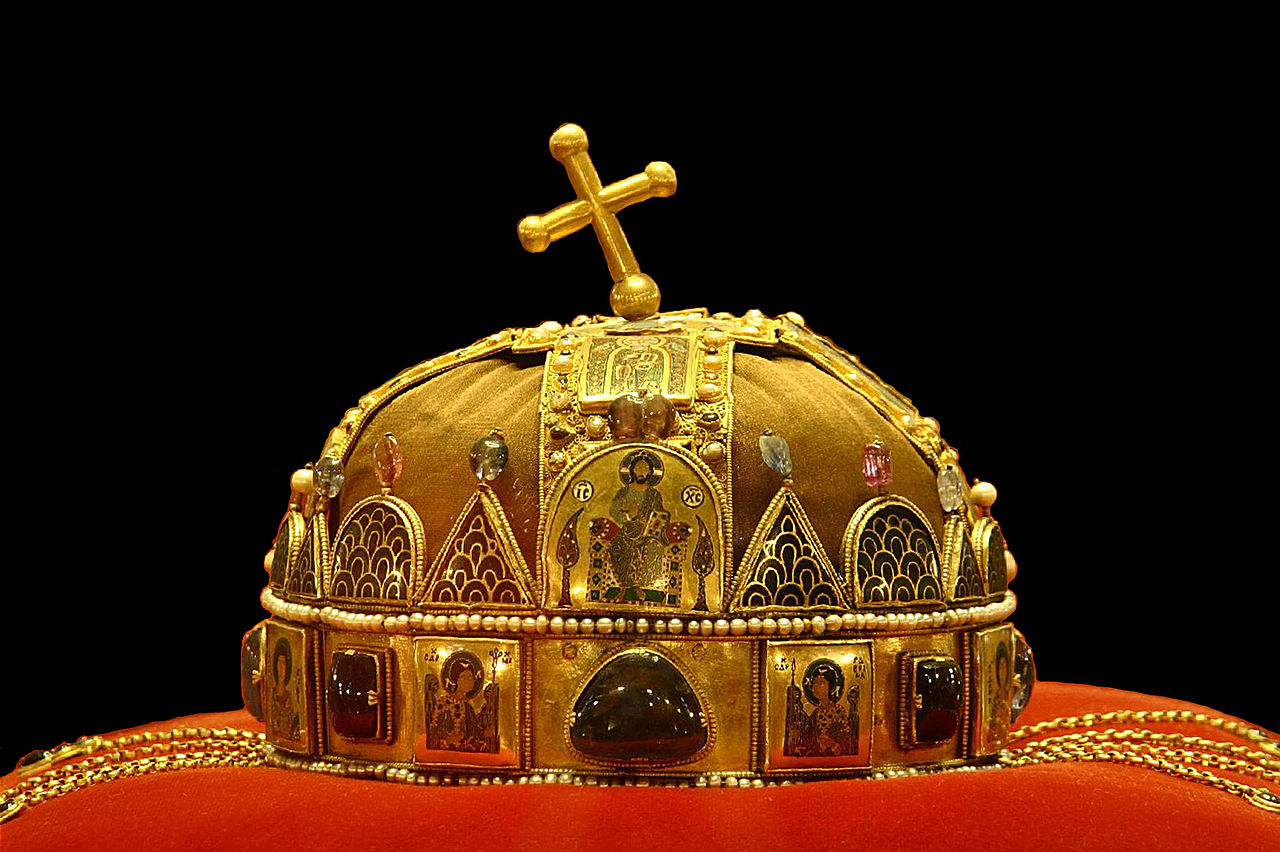 Due to an interesting legal statement, the wives of several Hungarian kings have never been crowned, and the coronation of Leopold I’s fiancée was almost cancelled due to the debate of the old Hungarian high priests. All of this was revealed by a recent 340-year-old document that adds to the history of Hungary’s Holy Crown, 24 reports.

The National Széchényi Library reported the appearance of a unique document in January. They were able to purchase a German-language print issued in 1681 about Princess Eleonore of Palatinate-Neuburg’s – the third wife of the German-Roman emperor and Czech and Hungarian King Leopold I – coronation to queen in Sopron and about the arrival of the Holy Crown to the ceremony.

This document is a flyer, so to speak, a newspaper of which only a few hundred copies might have been printed to notify the German-speaking population of Central Europe about the event. Today, there is only a single copy of it remaining, and it has come out of the blue because before, there was no bibliographic record of its existence.

It is a great pleasure that the unique document has become nationally owned through the library and not as a part of a private collection, locked away from the public and researchers somewhere in the world, says Géza Pálffy, a professor of history at the Hungarian Academy of Sciences and the head of the “Lendület” Holy Crown Research Group.

Not only is the content of the pamphlet interesting, but it is also a unique way of crowning Hungarian queens, said Professor Pálffy.

The Queen could only be crowned in Parliament

Although Leopold I married Princess Eleonore of Palatinate-Neuburg in 1676, she was only crowned as Hungarian Queen five years later in 1681. This was primarily due to political reasons of the time. Such was the resolution of the serious conflicts involving the absolutist measures following the Wesselényi conspiracy in the 1670s. This was finally accomplished at the Sopron Parliament, which lasted more than half a year, in the second half of 1681, after Leopold I withdrew his most radical measures, and the orders partially regained their political role and freedom of religion. The symbolic closure of the process was the Queen’s coronation ceremony on December 9th. Hungarian queens could only be crowned in a parliament, which, however, was not convened in the 1670s due to the “breakup” between the king and the orders, explains Pálffy.

He adds that we know several Hungarian queens who never got crowned because – after becoming the wife of the ruler – the parliament was never convened for the rest of their lives. From the three wives of Ferdinand III – predecessor of Leopold I –, only two were crowned, and Leopold I’s offspring Joseph I’s wife never received a coronation.

It almost failed because of the debate between the high priests

However, the organisation of the ceremony at the end of 1681 was unsure until the very last day due to a behind-the-scenes debate between the high priests of Hungary, Professor Pálffy’s earlier research revealed the details of the events.

To make it clear, the ceremonial mass led by the Archbishop of Esztergom should be highlighted. According to Hungarian tradition, the Bishop of Veszprém places the so-called queen’s home crown on the head of the queen, and the Archbishop of Esztergom touches the right shoulder of the queen with the Holy Crown. The latter is unique in that the Holy Crown could not be placed on a woman’s head, but the touch of the shoulder symbolised that she shared the burden of rule and the government of the country with her husband.

However, at the end of 1681, the situation was rather complicated. István Sennyey, the Bishop of Veszprém, died in April, and his successor had not yet been appointed. The Archbishop of Esztergom, György Szelepcsényi, near his eighties at the time, was old and ill, carried on a palanquin, and was physically unfit for the tasks he was to perform.

Regardless, the Archbishop insisted on his privileges, and so the debate went on about how much of these he would pass on to his bishops in the ceremony. For example, they went into details about whether the Archbishop’s shoulder touch with the Holy Crown could precede the home crown being put on her head and who could perform that. Finally, on December 8, at the last moment, a final compromise was reached between the Hungarian high priests, thanks to Leopold I’s acts.

It remained a secret

According to this, the tasks of the Bishop of Veszprém were taken over by János Gubasóczy, the Bishop of Nyitra, and the Hungarian chancellor. The home crown could only be placed on the queen’s head after the Archbishop touched her shoulder with the Holy Crown. Most of the coronation mass, however, was performed by Archbishop György Széchényi on the second level of the church hierarchy, as the Archbishop of Esztergom would not have been able to do so.

Of course, the embarrassing debate throughout the courtyard remained a secret, and the reports clearly did not spill the dirt, says Géza Pálffy.

Only the German and Latin news and dozens of pages of descriptions from 1682 spread throughout the empire and abroad were available to the general public. This includes the German document previously mentioned, which was published in 1681. It describes in 26 points the process of the coronation of Eleonore in the Franciscan Temple (aka Goat Church) in the Main Square, and in another 13, the Holy Crown’s entry to Sopron.

Ornamental march of the Holy Crown

It is hard to imagine that it was only used for just a few seconds to touch the queen’s shoulder, yet this Hungarians relic was the main focus of the whole event. As the crown was mostly kept in Pozsony from 1608, it had to be taken to Sopron for the ceremony, so the two-day trip was accompanied by a “huge hype”.

The heavily ornamented cart that transported the Holy Crown was followed by hundreds of armed soldiers dressed in ornamented uniforms, many Hungarian lords (including the first three dignitaries of the country: the palatine, the bane, and the national judge), Hungarian crown guards, and imperial bodyguards, and the route was highly secured.

They spent one night at Széleskút (now Fertőszesleskút, or Breitenbrunn in German) in Burgenland, and locals still say they once had the Holy Crown, if only for a single night. It arrived at the coronation scene with music and a gorgeous armed accompaniment, though with some delay. The arrival of the Holy Crown was scheduled for 2 in the afternoon, eventually turning into 4. The 13 points in the leaflet detail this choreography and present it to interested Central European audiences.

If you would like to know more about the Holy Crown of Hungary, you can read this article about the relic crown and its guardians, but if you want to have a smile and laugh, you can check out here the Hungarian crown jewels made from Legos.