The latest exhibition of the National Archives of Hungary A nemzet emlékezete – A magyar történelem mérföldkövei (The Memory of the Nation – Milestones in Hungarian History) opened on August 24 in the main building located at Bécsi Kapu Square. The interactive exhibition features 14 documents presenting 14 events from Hungarian history from the period between 1109 and 1990.

The exhibition room is reminiscent of the interior of a cathedral, and the various events of Hungarian history are evoked through a spectacular panoramic projection covering the walls and the ceiling. The 14 documents are placed in separate cabinets, which are similar to monolithic columns dividing the space of sacred sites. Each document is supplemented with a short film that provides additional information about the document’s origin and the period, and highlights its historical significance, Magyar Nemzet reported.

The image of the Holy Crown is projected in the “apse” of the exhibition room with a unique three-dimensional technique, allowing visitors to rotate the coronation crown and observe it from different angles.

As Pál Fodor Director General of the Research Centre for the Humanities Institute highlighted, the opening of the exhibition was strongly connected to St. Stephen and the August 20 national holiday, commemorating the founding of the state of Hungary in 1000, which was the next significant landmark chronologically after the Hungarian conquest of the Carpathian Basin.

St. Stephen was born as a pagan named Vajk, and he was baptised and renamed only later. With the coronation (it took place in either Székesfehérvár or Esztergom on Christmas day 1000/1001, which was then New Year’s Eve), Stephen received the approval of Otto I (head of the Holy Roman Empire) and Pope Sylvester II, and he became the last principal and the first Hungarian king. His kingdom was organised on two major pillars, central authority and religion.

The Holy Crown is one of the most significant relics of the Kingdom of Hungary, symbolising continuity and independent statehood. Also known as the Crown of Saint Stephen, it was the coronation crown used by the Kingdom of Hungary for most of its existence. No king of Hungary was regarded as having been truly legitimate without being crowned with it, but it has never touched the head of any queen.

It is doubtful whether there is an object in a European country with the cult and the enduring political role similar to the Holy Crown of Hungary. The sanctity and mystery attributed to the diadem in the Middle Ages retained a central place in modern constitutional politics.

The provenance of the crown is uncertain, and it was stolen, hidden, lost, recovered, and taken abroad many times. It was first taken away from Hungary after the last ruler of House Árpád died in 1301, and it finally returned to its homeland in 1790.

A nemzet emlékezete provides a unique opportunity for visitors to get closer to the sources of our past and gain insight into Hungarian history through the most important documents of the last 1000 years. The exhibition is bilingual; all information is available in Hungarian and English.

If you would like to know more about the Holy Crown of Hungary, you can read our articles about the relic’s long journey and its guardians. 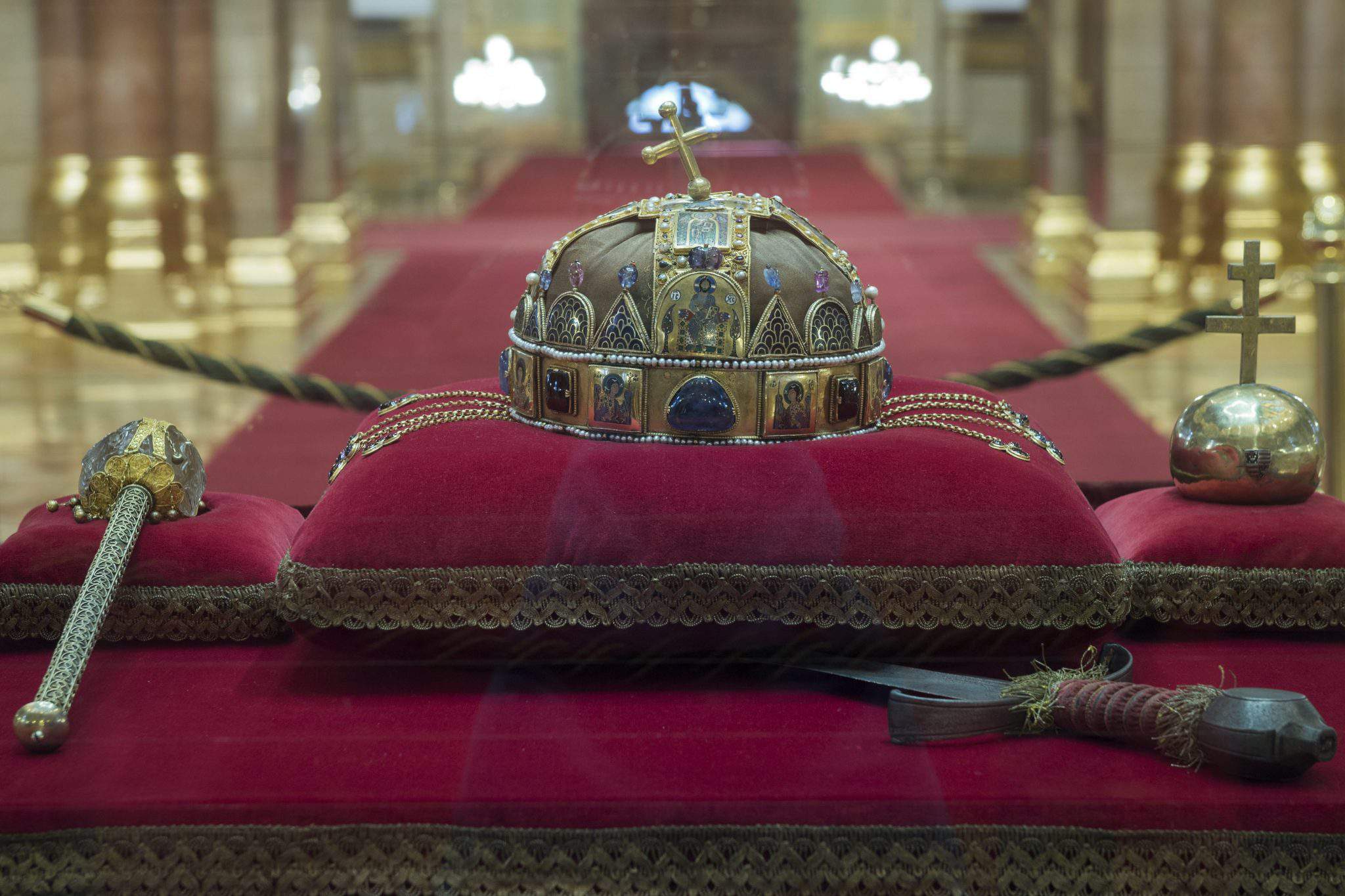