Hungary officially has 70 Hungarikums which are traditional and truly Hungarian meals, products and even animals. Hungarikums are, for example, the Goulash soup, chimney cake, Zsolnay china and famous Hungarian dog breeds like the puli or kuvasz. Among these Hungarian symbols, there is one which is considered to be the most mysterious one of all. This is the Hungarian Grey.

How much do you know about the Hungarikums? – Quiz

The Hungarian Grey (Bos primigenius taurus hungaricus) is a special Hungarikum, Hungary’s native and protected animal species. With its strength, colour and beauty, this animal is known all across the world as a typical Hungarian symbol. Although it is the most typical Hungarian animal, it only became an official Hungarikum four years ago, on April 24.

The Hungarian Grey is usually slender and tall. The bulls reach a height of 145–155 cm and a weight of 800–900 kgs. On the contrary, the cows are 135–140 cm high with an approximate 500–600 kgs of weight. The colour of this animal is grey, but it ranges from silvery-white to ash-grey. The newborn calves are brown coloured, and by the time they become 6–8 months old, their colour changes to grey. The 3–4-year-old bulls usually have some black colour as well on their abdomen, frontal legs, eyes, shoulders and even chest. 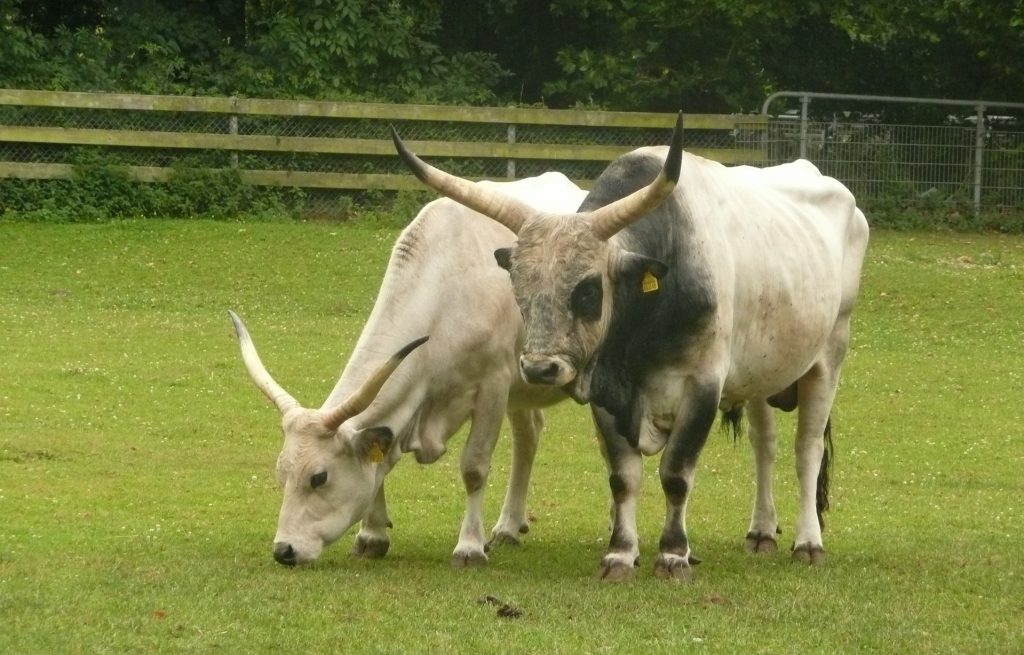 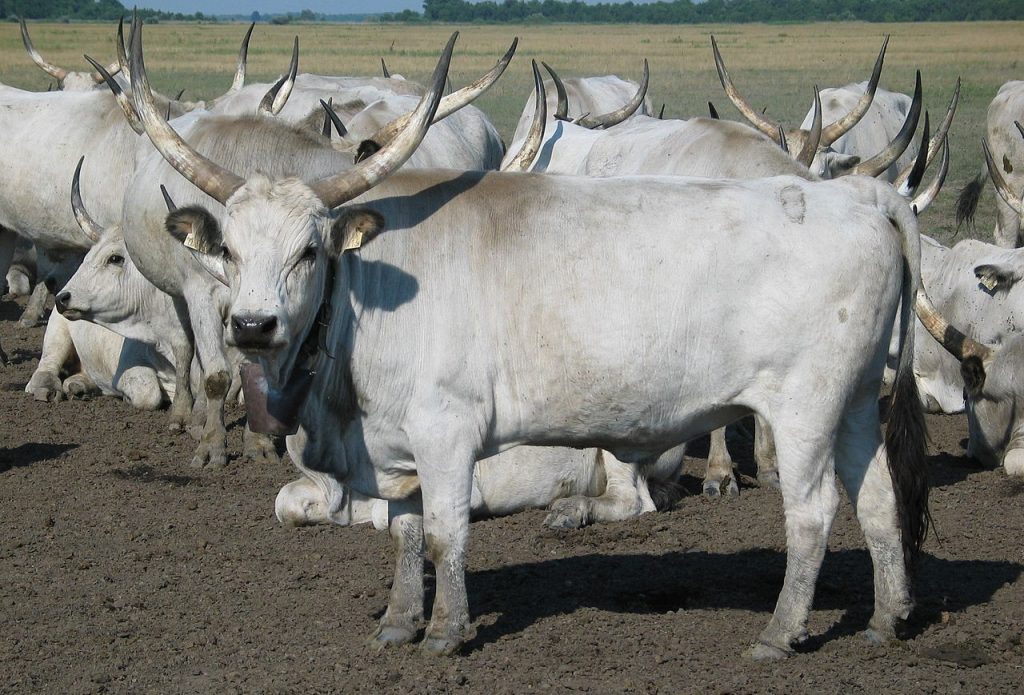 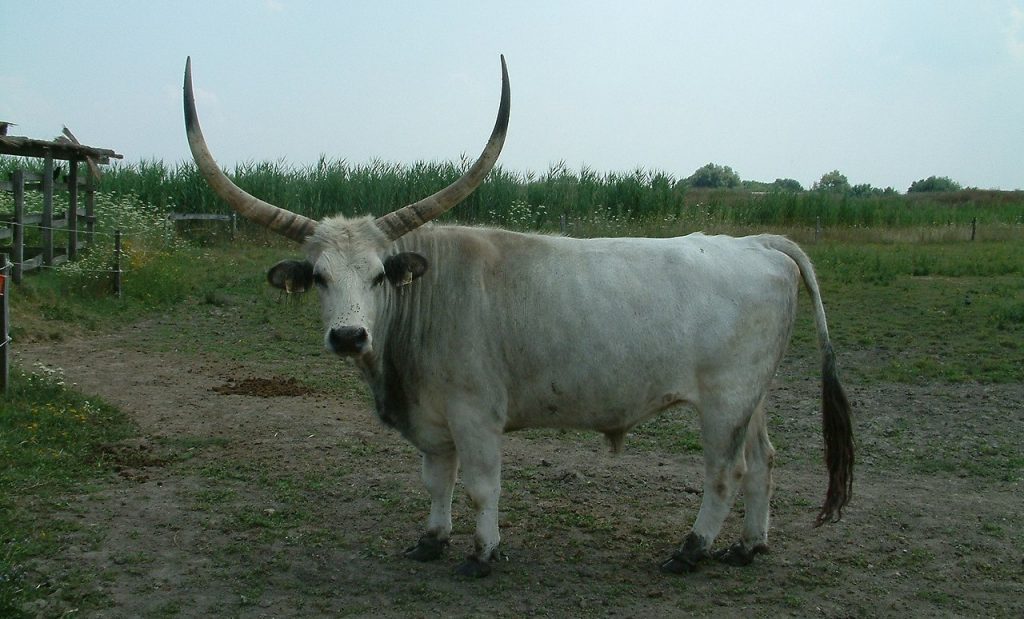 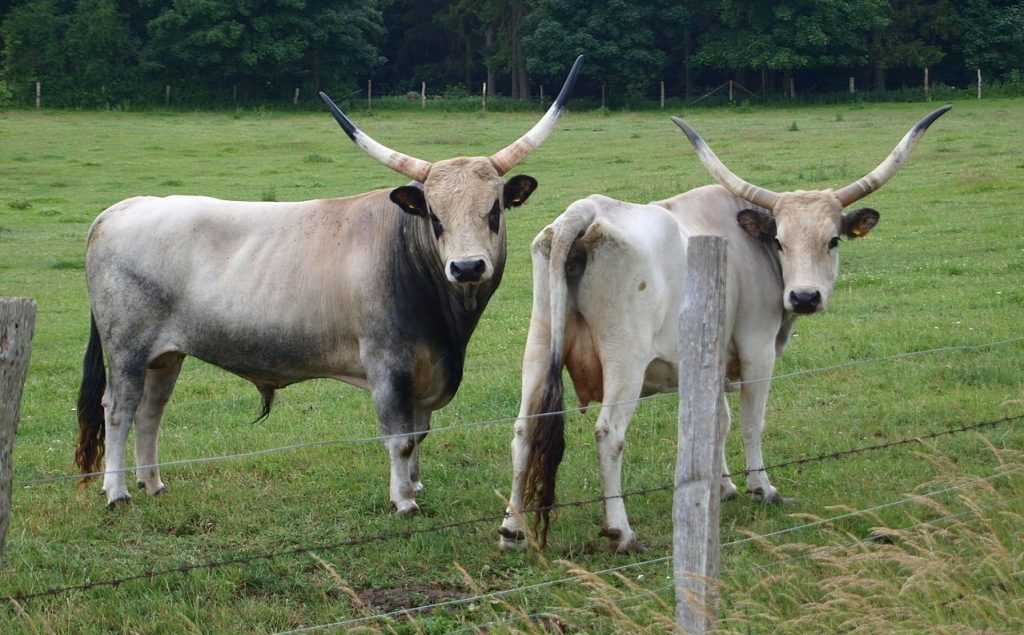 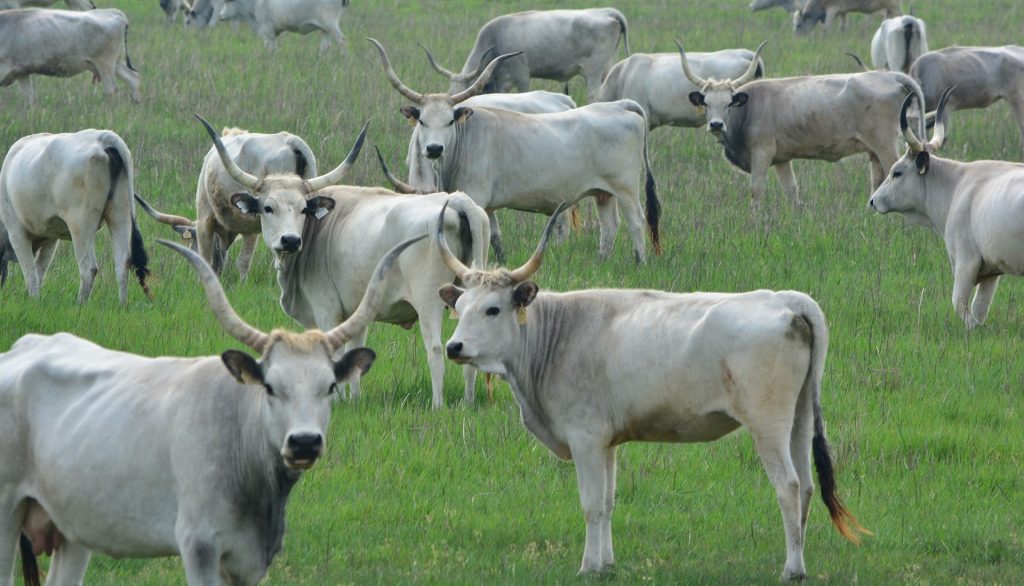 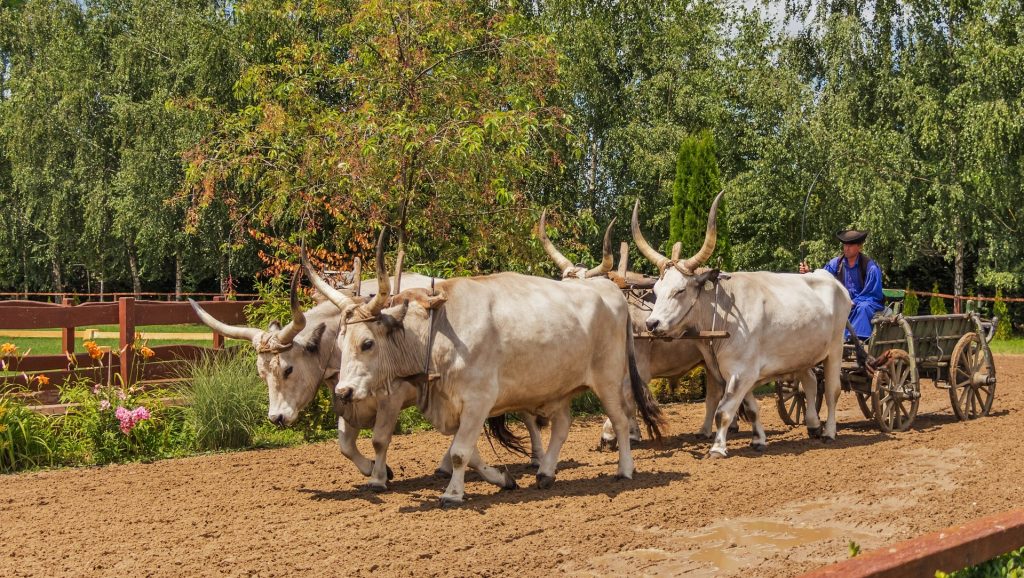 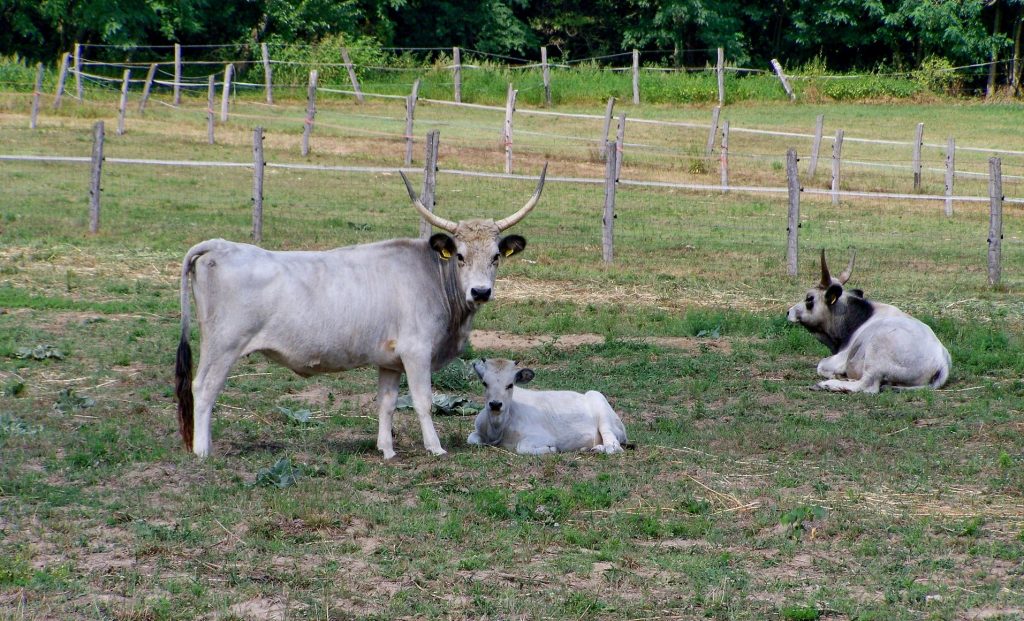 There are constant debates about the origins of this animal, and scientists still have not found an acceptable explanation. There are many theories: some of them believe that these animals arrived with the Hungarians in the 9th century at the Carpathian Basin. Other scientists believe that when Béla IV invited the Kuns into the country, it was they who brought in this animal. Another explanation is that somewhere in the middle-ages, Hungarian people bred this animal from the common cattle.

Between the 13–14th centuries, it was the most popular animal product in Hungary and on the continent. Besides exporting many of these animals to European countries, they were also beneficial for Hungarian families. Farmers made animal glue out of its bones and candles of its suet. From its skin, they made different kinds of clothes, whips, bags and haversacks. From the horns, beautiful Hungarian bugles, bowls and different salt shakers were made.

Due to the radical changes in agriculture after the 15th century, the export of the Hungarian grey stopped, and their number started to decrease rapidly. In the 17th century, more than 100,000 greys left the country. For a long period of time, farmers worked with them in pairs with a yoke, but when the Hungarian agricultural sector got its first machines, the animals were no longer needed. Moreover, in the 1800s, farmers started to breed another type of cattle which had better quality meat, so the Hungarian Grey’s reputation was not the same as it once was.

During the World War era, the breeding of the Hungarian grey decreased. By the 1960s, only 200 animals were registered in Hungary. From 1991, the breeding started again in a more extensive way to increase their number.

Most of these animals can be seen in national parks, especially in the Hortobágy region where the biggest livestock is kept. All the animals are protected, and scientists only use them for genetic research. The animals keep the ecosystem of the Great Hungarian Plain balanced and alive by grazing. Traditionally, Hungarian Greys are set out to the plain of Hortobágy every year on April 24 and stay there until the first snow.

Currently, there are 110 Hungarian Greys in Hungary.

Hortobágy – The essence of Hungary