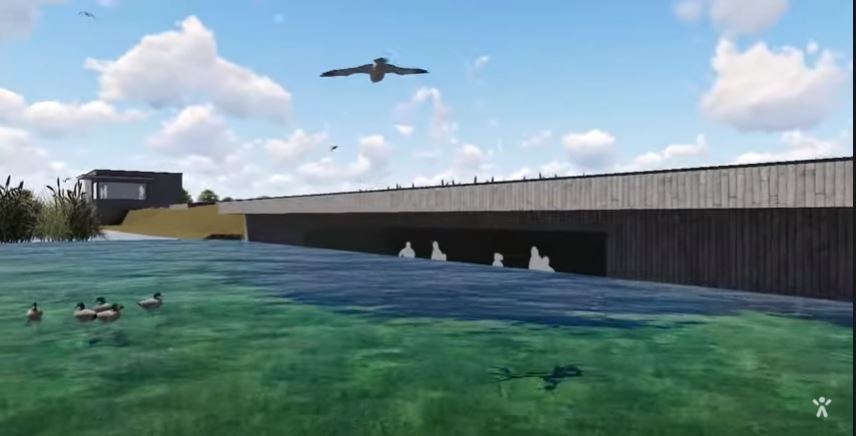 The world’s first Bird Theater will be built in Hungary that will soon await its visitors in Hortobágy National Park, listed among UNESCO World Heritage Sites. Presumably, the new ecotourism attraction will be inaugurated in 2023, thanks to which visitors can observe the wildlife of the lake from a perspective that only birdwatchers and photographers had the opportunity to do before.

The concept of the Bird Theater was dreamed up by a world-famous Hungarian nature photographer, Bence Máté, who came up with the idea ten years ago in order to show the magical world of nature to the general public. According to the expert, the concept is also important as “nature conservation will be of key importance in the upcoming period”. The first step of the project took place in Tusnádfürdő, whose further development is the larger-scale bird theatre in Hortobágy, which will be realised by the support of the Active and Ecotourism Development Center.

Thanks to the expertise of the idea owner, the project looks very promising. Bence Máté has already built unique shelters in several national parks on different continents, primarily for nature conservation professionals and photographers. Based on these experiences, he dreamed up the unique ecotourism attraction that will take place in the Hortobágy National Park, listed among UNESCO World Heritage Sites.

According to Máriusz Révész, government commissioner responsible for active Hungary, “the planned Bird Theater seems to be a unique world sensation

which investment will play an important role not only in touristic and economic aspects but will also enhance the love of nature.”

Based on current plans, the Bird Theatre can be accessed by one bus at a time, so it can even be a destination for class trips or biology classes.

In the landscape, the audience can observe the natural behaviour and lifestyle of waterfowl on guided tours. The “auditorium” is designed in a way that the water surface – better known as the “stage” – will be roughly at eye level. The interior will be soundproofed so that noise does not disturb the birds. In addition to the glazed building, the Bird Theater will also include an elevated water-filled spectacle pool, educational trail and lookout tower, and will be accessible by the Hortobágy light rail or even on foot.

According to the national park director, Zita Kovács, “The birdlife of the Hortobágy National Park is becoming more and more interesting every year, so it is a great pleasure that the world’s first experience centre of this kind is being built here”.

As the Hungarian news portal Turizmus.com reports, the region is home to 342 bird species, 152 of which nest in the area. The lake was built as the first fishpond system in Hortobágy more than 100 years ago. Over time, man-made fishponds have been reclaimed by nature, so the wetland that has developed here deserves protection along with its rich birdlife and the national park.

the visitor centre, which accommodates an audience of about 30,000 a year, will feature egrets, terns, grey herons and black storks,

but depending on the interest, the complex would be further developed, making it suitable for the observation of shorebirds and then birds of prey, but additional sites are being considered in similar observation sites.

As Csodálatos Magyarország reports, the Bird Theater is planned to be built from around EUR 2.8 million (~HUF 1 billion) within two years.